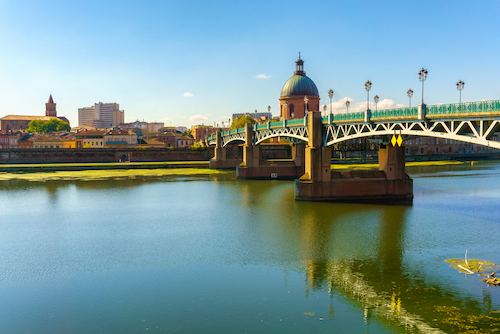 The topic of euthanasia is one that has long divided opinions. However, due to current happenings in France, the conversation surrounding the right to die debate has been reignited.This has come about due to the high-profile case of Vincent Lambert, a 42-year-old former nurse who was hospitalised in 2008 after suffering severe brain damage from a motoring accident. The accident left Mr Lambert in a quadriplegic state of paralysis, where he can occasionally open his eyes and breathe without artificial aid but has minimal consciousness. In the 11 years which have passed since then, Mr Lambert has been in a vegetative state, receiving both food and hydration through a gastric tube.

The two sides of Mr Lambert’s family have been vying against one another in regard to what’s best for him. A judicial ruling by the European Court of Human Rights had previously declared that Mr Lambert should be removed from life support, but since various members of his family were not consulted, this decision was challenged and a long and lengthy legal battle over his care began, with his wife, nephew and six siblings on one side of the battle and his parents and two more siblings on the other.

On the evening of the 20th of May, the Paris Court of Appeal put a stop to the removal of Mr Lambert’s life support with a dramatic reversal of the ruling, following a request by the Committee on the Rights of Persons with Disabilities at the United Nations which demanded that any removal of nutrition, hydration and assistance be delayed pending results of further study. Despite the fact that France’s Minister of Health, Agnès Buzyn, said the government was not bound by the committee, they followed these guidelines.

Euthanasia is the termination of life by a medical professional to relieve very sick people of their suffering. The procedure is intentional, happens in a safe, controlled manner and tends to be chosen by those who have incurable conditions.

However, whilst euthanasia is often chosen by the person dying, there are cases called euthanasia where a patient doesn’t have autonomy as they can’t make such a request. These include cases like Mr Lambert’s, where the decision is handled by the person’s legal guardian.

While the right to die topic is being debated widely in France, where do other countries stand?

Which Countries Have Legalised Euthanasia?

At present, euthanasia is still illegal in most countries. However, Belgium, the Netherlands, Luxembourg, Canada and Colombia all have euthanasia procedures in place for those who are seeking to end their life.

Under the UK’s legal system, euthanasia is considered manslaughter or murder and so is against the law. However, last year a ruling was made by the UK Supreme Court which stated that legal permission would no longer be needed to withdraw treatment from patients who are in a permanent vegetative state.

The practice of withdrawing life-sustaining treatment was deemed by the NHS to be part of good palliative care. The NHS also stated that this practice should not be considered euthanasia. Instead, this is known as assisted suicide, and it is legal in Germany, the Netherlands, Switzerland and many US States, including Oregon, Washington, Vermont, Montana, Hawaii, Colorado and California.

Will Other Countries Look Into Legalising Euthanasia?

It’s hard to say. Whilst Vincent Lambert has become central to the right to die debate in France, the fact of the matter remains that it’s hard to implement a nationwide change without triggering mass debate.

However, these arguments are countered by those who feel that if laws were implemented to regulate euthanasia, they would be abused, meaning people who didn’t want to die may be killed.

An example that has recently been in the limelight took place in Brussels. In 2016 and 2017, 23 people travelled to Belgium from EU countries where euthanasia is illegal in order to die.

While this number may not seem very high, it was enough to spark a conversation about the topic in the press. The allegations that EU rules were facilitating euthanasia tourism were denied by the European Commission.

Where Does The EU Stand On Legalising Euthanasia?

The European Commission, which is in charge of drafting EU laws, told the Telegraph that it believes that: “The responsibility for healthcare, including care for terminally ill patients as well as ethical questions, rests with the Member States”, and that responsibility for preventing the practice of euthanasia tourism lays with national governments.

One thing’s for sure. No matter where your ethics stand, both sides of the debate are strong in their convictions, putting policy-changers and law-makers in a tricky position where they cannot appease both sides. As a result, changes regarding euthanasia have been slow.