France’s Healthcare System Just Got Even Better For Expats 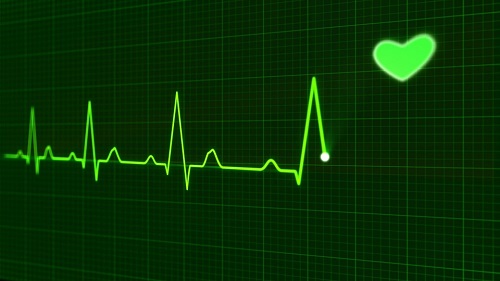 A popular expat magnet, France has an excellent and robust healthcare system, with its wide network of public as well as private facilities and staff. According to the World Health Organization (WHO), this country’s universal healthcare is among the best across Europe, as well as worldwide. This is only expected, since the government spends a higher than average figure on its healthcare system. More than 75% of the nation’s health expenses are funded by the authorities.The officials also ensure that all residents receive good quality medical care, regardless of their nationality, status, income or age. In fact, all the legal residents, including expats, are obliged to have French insurance cover. Fortunately, the healthcare system is about to become a lot more affordable and easily accessible for foreign citizens who are settled in this country.

In January of 2016, the French health officials incorporated a universal system, known as Protection Universelle Maladie (PUMA), which grants an ongoing and automatic right to healthcare to all its legal residents, including foreigners. According to the new policy, coverage for all has been assured. This means that anyone who has permanent residency, has lived in the country for a period of 3 consecutive months and intends to settle down for a long period of time is eligible to apply for free public healthcare coverage. The revision of the laws and policies is great news for expats, especially those senior citizens who have been looking at France as a retirement option.

Even though France has offered universal healthcare to all its residents since the year 2000, expats were not eligible to apply for coverage till they had been residing in the country for a minimum of one year. In the meantime, they had to opt for private health cover, which could be exorbitantly priced. To complicate matters further, a number of retirees who were given access to public healthcare under the earlier plan were required to visit the local healthcare bureau, called Caisse Primaire d’Assurance Maladie (CPAM) each year. They also had to carry several documents in order to reconfirm their residence status and income. Those who failed to visit CPAM ran the risk of losing their coverage. Fortunately, this administrative burden has been lifted under the new healthcare system and PUMA replaced the old insurance scheme called Couverture Maladie Universelle (CMU).

Differences between the two systems

In the past, health insurance was only offered to foreigners in France if they met a number of living and working conditions. Moreover, if there was any change in their residential or employment status, they had to re-apply for cover under a new category. This meant that that they did not have any health insurance for certain periods of time.

However, under PUMA, all the legal permanent residents are entitled to public health insurance, as long as they have lived in France for three consecutive months on a regular and stable basis. This reform has made the eligibility requirements for foreign students, workers and pensioners much easier. Moreover, they will now have the automatic and continuous right to unlimited healthcare access, regardless of their previous medical history, age and contribution towards French social security (cotisations sociales). This applies even to people who have lost their means of employment. Anyone who was covered by the old CMU system will no longer have to put in an annual renewal application, thereby reducing administrative efforts.

Another advantage of PUMA is that it equalizes the rights of EU and non-EU citizens applying for their health insurance card (carte vitale). In the past, the locals and non-EU nationals enjoyed this right while those from the EU had to wait for a period of 5 years before they were eligible for state health insurance; this law was severely criticized as it undermined free movement of EU nationals within the Union.

The good thing is that that the CMU-Complementaire (CMU-C) program will also be in place, to provide free health insurance for the unemployed or people from low income groups. Like the name suggests, it will act as a supplement to PUMA.

The reforms in the policies are most likely to affect those foreign residents who weren’t covered by their employers.

Any outsider can apply for access to state health insurance under the new program, as long as they meet certain criteria. Expats who have been residing in France for more than 3 consecutive months are eligible if they:

Non-EU students below the age of 28 and British early retirees are also eligible to apply for this scheme, as long as they aren’t drawing a salary. If the application is approved, the government decides whether the applicant has to contribute towards the Unions de Recouvrement des Cotisations de Sécurité Sociale et d’Allocations Familiales (URSSAF). If the application gets rejected, private health insurance is the only other option.

The general rule in France is that all individuals who plan to live in the country on a long term basis, including foreigners, should have health insurance. If you are a legal resident or a salaried employee who contributes towards the social security system, you will be provided with state medical insurance.

Getting into the French healthcare system is a straightforward process but can take a while. Many expats encounter bureaucracy and snags but do not face too much trouble switching over.

If you are employed, your firm should have registered you for social security and will probably arrange any necessary healthcare formalities. If you are self-employed you will need to apply under the Regime Social des Independants (RSI).

You must have documentation that proves you are a legal resident and plan to live in the country for a minimum of 183 days a year. You will have to submit a copy of your filled application, along with all the required paperwork (for yourself as well as your dependants) at your local CPAM office. The documents that you will be asked for include:

A local utility bill that proves you have been living in the country for the last 3 months is a very important document as it also demonstrates your long-term commitment to residing in France. The proof of income is essential too, as it helps the authorities determine your contribution amount (if required). While the CPAM will assess your health rights, the URSSAF determines whether or not you need to contribute towards healthcare costs. Make sure that you include the details of your beneficiaries and dependants during the registration process.

Any adult who is over 16 years and is covered under the state healthcare insurance has to be registered with a family doctor in order to get full reimbursement of their medical costs. Those who fail to complete this step are likely to incur higher fees and lower reimbursements. Children below the age of 16 can be treated by any General Practitioner without the fear of a penalty.

After your application is approved and activated, put in a formal request for your Carte Vitale as these aren’t necessarily issued automatically. This card only carries the information that you require for making a claim, not your medical history. It could take several months for the Carte Vitale to be issued and it is therefore a good idea to apply for temporary card (attestation de couverture sociale) in the interim.

You will have to present your health card at every visit to the hospital, doctor, or pharmacy. After making a reimbursement claim for the expenses incurred, you can expect to receive the amount directly into your bank account within a week or two. If you have your health card with you when you visit a doctor, you are not expected to make the full payment at the point of service. However, patients without the Carte Vitale have to pay the medical payments upfront and then apply for reimbursement, which is directly credited to their bank account between 5 and 10 business days later. Get your Carte Vitale updated every year by inserting it into the green box you see at hospitals, pharmacies, and CPAM offices.

The cost of healthcare in France

The majority of senior citizens using the French public healthcare system pay about 8% of their net income towards their coverage. This is above the minimum income threshold that has been put in place by French officials.

Paying that amount will allow you a 70% reimbursement on the government-fixed fees called Tariff Conventionne for any visit that you make to a doctor, dentist or specialist. You are also entitled to a reimbursement on about 80% of your fixed hospital costs and almost 100% of the amount spent on medication. The French Social Security sets government-fixed fees as standard rates.

For example, a doctor who is a part of the state system will charge a Tariff Conventionne of around € 25 (US $ 27; £ 22), which is very low compared to the US and other European nations. Moreover, you can get around 70% of that amount reimbursed.

Many residents, especially expats, opt for a top-up insurance plan offered by a private company. This is known as a Mutuelle. There are numerous private health insurance companies that you can choose from and many of them cater to foreigners and English speakers. Students can choose to get their own mutuelle or can be covered under their parents’ policies. Depending on the type of coverage you would like to go in for, the cost of private insurance may range from anywhere between € 25 (US $ 27; £ 22) and € 100 (US $ 110; £ 90) per month. Some companies may ask for your medical history records and could charge you a higher premium, depending on your report.

Private health insurance companies reimburse the remaining 30% of your general medical expenses, including emergency treatment at a hospital.

If you are covered by PUMA and Mutuelle, your out-of-pocket expenses will be few but there are some that you will definitely incur. For example, you will pay the mandated € 1 (US $ 1.10; £ 0.90) for every visit to the doctor. However, since the cost of most medicines and treatments across France is relatively low, your out-of-pocket expenses are not likely to be excessive.

What has your experience been with the French healthcare system? Share your thoughts in the comments!