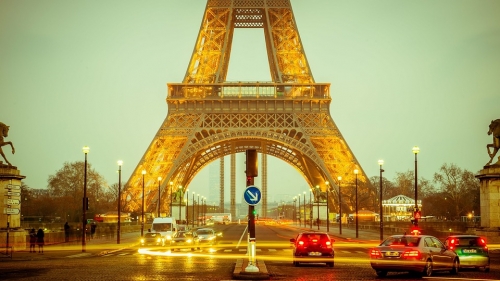 Under the S1 agreement, the UK will pick up the healthcare bill for British expats in member states while other European Union countries will pay for the healthcare of their citizens in the UK.

The S1 is a certificate for health insurance cover for those EU citizens moving to another member state and runs alongside the principle of freedom of movement; the holder will receive the same level of healthcare as a citizen will.For example, for those living in France who hold the S1, they will not need to pay French social security contributions, which can be expensive, particularly for British pensioners.

However, the S1 certificate must be presented to the relevant authorities when someone moves to another EU country but once the holder gets a job or starts a business then the S1 becomes redundant and the holder, in the case of those who have moved to France, will have to pay social security.

While there is no timetable about what might happen, it’s highly likely that changes will be made since, according to the latest figures from the Department of Health, the UK paid out £674 million to other EU countries but only received £49 million in return.

There are a range of explanations as to why there is such a big discrepancy but the main one is that there are more retired British expats living in EU countries whereas EU citizens in UK tend to be a lot younger.

One of the big downsides for a ‘hard’ Brexit, which is when there will be few or no agreements in place, is that UK will withdraw from the S1 scheme altogether.

This leaves British expats in France and Spain, particularly, in a dilemma since these countries have the largest expat communities and they are facing the real prospect of having to pay for their own healthcare.

There are two problems with this scenario; the first will see British expat pensioners having to pay much more for their healthcare in countries that have insurance-based healthcare systems, for instance in France (our guide to medical insurance in France explains how the French system works in detail).

For those expats who have pre-existing conditions, healthcare premiums will be very high and they will need to pay part of their treatment cost as well.

The other problem is that the expense of having to pay high healthcare insurance premiums for many expats may be so high that they may have to consider returning to the UK.

Again, this may lead to another problem in that they may have lived overseas for so long they may not be entitled to free NHS treatment.

In addition, should the expats decide to sell up and move back to the UK there may be so many fellow expats doing this that the property prices in their area will plummet and they will return much poorer.

This may mean they cannot afford to buy anywhere to live and will need to seek social housing and hope that the issues over healthcare provision will have been resolved as well.

The S1 situation is not just the only worry for British expats living in European countries, since the European Health Insurance Card (EHIC) may also be brought to an end.

This is a way for British citizens to access healthcare, usually on an emergency basis, while travelling or holidaying in European countries. They can be confident that the treatment bill will be picked up by the NHS.

However, in the future it’s likely these British citizens will need to take out travel insurance that covers them for health treatment and they will need to provide proof of this before receiving care.

There is no doubt that the negotiations for Brexit when they begin will be of huge interest to British expats living in the European Union who will have crucial questions about healthcare, pensions, and other public benefits which are guaranteed under EU law.

However, after Brexit there will be no requirement for EU member states to maintain the rights that have been enjoyed by British expats but they may be maintained in any event and it’s unlikely that British or EU expats will be expelled under any circumstances after the UK leaves the EU since they will be covered by the Vienna Convention.

The question of what will happen to British expats has been discussed at length in Parliament. One meeting in February discussed what would happen if the European S1 scheme ended and whether expats living in France would be reimbursed their healthcare costs.

MPs were told that the situation is creating a high level of anguish and fear among the British pensioners who are living in France.

They’re worried not just about their healthcare rights but also over their residence rights as well, MPs heard.

During one hearing, the British Community Committee France told MPs that the loss of the EU’s S1 is of huge concern for thousands of British pensioners living in EU states.

The committee’s chairman, Christopher Chantrey, said that private healthcare insurance would not be a practical replacement for many pensioners since many of them are living on low incomes and have pre-existing health conditions.

He added that France would probably not choose to cover the expats because they have not contributed to their social security system.

This issue is, the committee was told, a familiar refrain in other large British expat communities.

Mr Chantry warned MPs that unless a replacement system was agreed that many expats would return to the UK and be a burden on health care, social services and housing resources.

He added that even with healthcare rights being agreed for British expats working in France and for those who receive a pension, there are question marks over the basic right of residence.

Mr Chantry told MPs that the discussion for expats in France needs to focus on whether they will be eligible for French healthcare under the country’s health insurance scheme which is available to all to those with a legal residency to live in France and have to pay an annual amount that’s a percentage of their income.

The MPs were also told by another speaker, Jean McHale, who is a professor in healthcare law, that many expat pensioners returning to the UK may find they are not eligible immediately for healthcare in Britain.

That’s because a test of ordinary residence is apply to those wanting to access the NHS and for those who have lived overseas for several years then this may prove difficult.

She added: “This needs to be sorted so people in EU countries are not stranded after Brexit. It’s critical and there’s a danger of relying on the fact we may have a transitional arrangement and this may lull us into a full sense of security about what might happen.”

Essentially, the hearing of MPs about the loss of the S1 scheme to British expats, including those in France, is still at an early stage but the potential impact and life changing results means that expats in every European Union member state needs to monitor negotiations to ensure they will be able to access healthcare whether in their new country or in the UK.

Unfortunately, there is no hard and fast answer about what will happen but there may be some worrying times ahead for expats, travellers and EU citizens over the coming months and years in regard to the S1 scheme as well as the EHIC card.

You can find more information on the EU website.