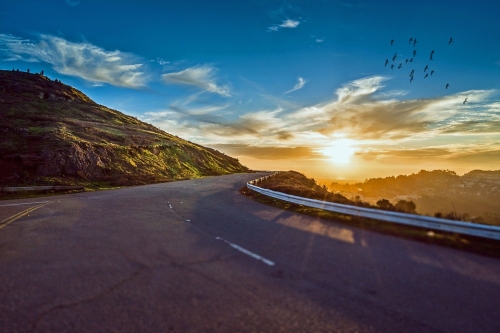 The expat tribe is large and varied, possibly counting as many as 215 million people amid its ranks, according to UN statistics. With so many people criss-crossing the globe, swapping one country of residence for another, there is a massive variety in the lifestyles led by expats.For every jet-setting multi-millionaire executive, there are thousands of new arrivals seeking out ways to make ends meet. For every retiree looking to soak up the sun in their autumn years, there’s an army of loved-up couples crossing oceans in order to be together.

Making the decision to move overseas is very personal and complex. For each prospective expat there will be a multitude of push factors driving them away from home, and just as many calling for them to stay. Each individual has to decide whether the move is right for them, for those they will be taking with them, and for those who will stay behind.

With so many travellers making so many complex decisions it is difficult to categorise, study and generate statistics that fairly reflect the entire expat experience. A lot of the numbers generated look solely at one group, such as wealthy expats, young jobseekers or international students, but every once in a while the various reports agree on some things.

Trawling through piles of paperwork and reams of reports, we’ve found that the majority of studies come back with the same answers to the big question of ‘why’.

It’s the question most commonly faced by expats, both when they announce they’re leaving and when they arrive: ‘Why move overseas at all?’ Of course, there is a lot of variation in the answers given, but these can loosely be put into one of five broad groups.

These groups are all seeking to get something different out of their time overseas. The expats in each category may be of all ages, nationalities, education levels and wealth, but they all share the same overall goals. They may all be looking to stay for different amounts of time and can have different arrangements.

These broad categories may seem a little clumsy at first, but anyone overseas will be able to put themselves into one or the other.

When you tell family and friends that you are moving overseas, many will assume you are off to live a luxurious life, lounging by a pool and sipping cocktails. This enduring expat myth may be partly leftover from colonial times, but it is also partly inspired by retirees who seek to while away their days with sun and sand.

This group is prominent in the public consciousness, with older expats from wealthy nations maximising their spending power in countries where the cost of living is lower and the climate more appealing. However, according to one study, this group is actually the smallest of all the expat tribes, making up less than one percent of overseas residents. 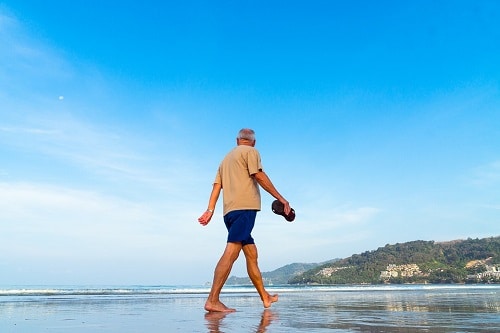 Many people choose to retire abroad
© qimono on Pixabay

It maybe because retiring expats tend to congregate in enclaves that their presence is so keenly marked. The Costa Del Sol in Spain and Dordogne in France have long been associated with British retirees looking for a spot of sunshine. This is reflected by stats that show 54.4% of UK leavers citing the weather as a contributing factor to their wanderlust and 40% of British expats heading to sunnier climes.

Those looking for an improved quality of life on a budget may look overseas to find the solution. Retirees on a pension may elect to sell up assets at home in order to maximise their purchasing power in a weaker economy, snapping up bargain properties and settling in for the long haul.

The Expats: Expectations & Reality study polled North American expats and found 86.6% reported ‘lower cost of living’ as their primary motivation. This benefit can apply to all expats, but is all the more important to those living off a pension or savings. US census data shows that the baby boomer generation is living on an average income of just USD$2,146 per month, meaning they face a choice of continuing to work at home or finding a cheaper way of life.

A surprising number of these expats are looking to return home as their dream of a lazy retirement turns sour. One estimate states that up to a third of British expats are struggling to make ends meet as pensions fail to keep pace with the cost of living and local medical facilities don’t live up to expectations. The smallest group of expats is therefore likely to keep getting smaller.

A survey by Finaccord suggests that students make up just eight percent of expats, but this sector is also the fastest growing group.

Although it can be complicated to apply for and fund studies in another country, this is rapidly becoming a more common route amongst young people. Universities in Europe are spreading their recruitment teams across the globe, seeking to entice wealthy youngsters to their institutions.

Part of this is financial as overseas students pay higher fees than their home-grown counterparts, but schools are also seeking to develop ties with other nations as the job market becomes increasingly multinational. 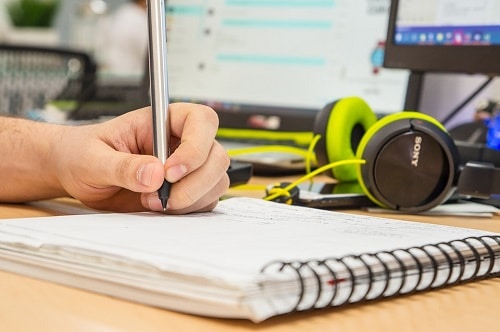 The UK is the top attraction for international students, seeing more foreign students enrol each year than any other country. China especially has been targeted for recruitment, with one quarter of non-EU students in UK education being from this location.

That’s not to say the traffic is strictly one-way. Exchange schemes and the Europe-wide Erasmus programme ensure a near constant turnover of students between countries for short stints overseas.

With climbing tuition costs for UK students, a growing number are looking to study the entirety of their courses overseas. Dutch, Danish, Norwegian and Swedish schools offer undergraduate and postgraduate courses for free to EU residents, helpfully taught in English.

The pull of family can be very strong. Being separated from loved ones for a long time can be a heart-wrenching experience that saps the pleasure out of life.

This may account for the 20.9% of expats that reported a family reunion being their main motivation for moving overseas. This statistic from Movehub covers those travelling to join a married partner, parents or children. 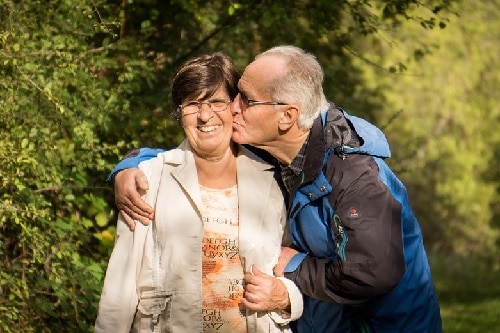 These moves may be those travelling to support aging relatives or ‘trailing spouses’ heading abroad to join partners. This latter case is true across the world, with 12.4% of migrants to the UK reporting to the Office of National Statistics they were joining a family member, although this is down from 13% the previous year.

An alternate study found 17% of expats listed ‘love’ as their main motivator, whether that be romantic love for a spouse, unmarried partner or family.

Anecdotal evidence suggests a gender skew in this category, with a higher proportion of women following their male partners who have travelled to take up an overseas job.

There is also an increase in the number of expats travelling as a couple, with 44% moving their partner, and only 31% making the move alone.

Every expat has a small streak of adventurism in them, the curiosity that conquers anxiety and drives them off around the world. Almost a third of expats actually report this as their primary reason for jetting off in the first place.

The chance to live, work and play in another country offers an exciting opportunity for many to enjoy new freedoms and to expand their own horizons. 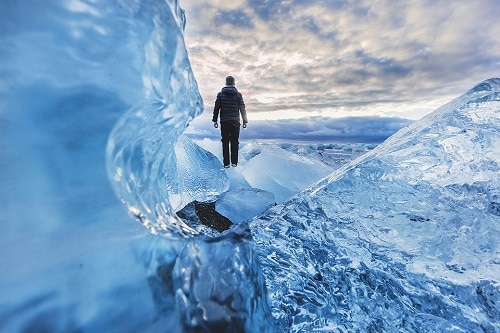 Being curious may be the ultimate pull factor, attracting those with a desire to explore what is unknown to them and bask in the strangeness of another culture. Those who experience life abroad once are more likely to repeat the process again, with 95% of students who study abroad reporting a positive outlook on their experiences.

The vast majority of expats will need to work in one form or another, whether it is the student who also tends bar to earn their rent, or retirees trying to keep busy. But the largest group of international residents give employment as their main reason for moving overseas.

They may also be looking at the larger picture, using their time abroad to bulk out their resume, explore new markets or set up their own businesses. The vagaries of visa regulations and citizenship also play a factor in the decision making process, meaning that the destinations people choose are heavily influenced by paperwork and bureaucracy.

According to one study by Movehub.com, 34.8% of expats cite ‘employment’ as their overall motivation for moving overseas. This covers the third of workers travelling to take up a confirmed job offer as well as those hoping to pick something up on arrival. The study also reveals that in fewer than 10% of cases employers offer cash extras to cover the cost of the move. 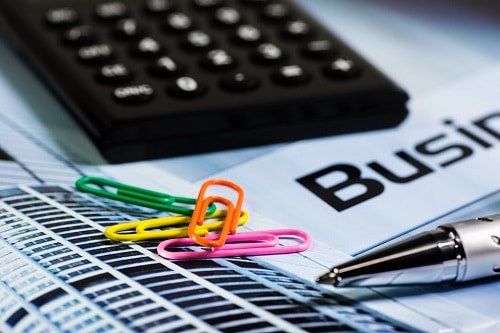 Movehub.com also discovered that there is a split between female and male working expats, with 57.1% of young professional migrants being male and 42.9% female. As the expats get older, the gap widens slightly with 59.1% of mature professionals being male.

Many of these expats are trained in specialist subjects, finding that their skills are in demand in many countries. These medics, engineers, teachers and technology experts span the full range of ages.

More than 10% of professional expats take their families along for the ride. This group tends to be a little older, 45-54 with children who may be in high school or college. These families are often financially stable and live as global nomads, travelling from one important job to the next.

Getting a job offer can be make or break in many countries, where visas are dependent on holding down high-paying jobs. This explains why 28.8% of international professionals head to countries where they have the right to reside, or with regulations that allow them to work freely.

If money is the motivating factor, it’s hardly a surprise that the ups and downs of the global economy can have a major impact on the destinations expats pick. France has a relatively stable economic and political situation, combined with great social welfare, making it a favoured destination for expats, attracting nearly 22% of Movehub’s customers.

The UK, USA and Australia hold down the next spots, while Spain comes in fifth. The Spanish surge up the ranks reflects the nation’s status as the vastest growing economy, as it bounces back after near economic collapse.

Roaming workers are sometimes travelling to find work that is just not available at home, whether that is in a specific field or just escaping a stagnant economy at home. But it’s not just a paycheque that expats are chasing: many are seeking greater job satisfaction, specialist training or greater security. 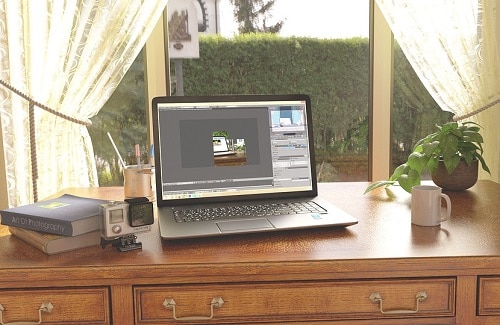 A strong example of these factors at play is the shortage of doctors in the Scottish NHS. Many doctors who qualify into the health service ship out to other countries to escape the long working hours, mountains of paperwork and limited promotion opportunities in Scottish healthcare. So dire is the shortage that NHS Scotland launched a specific campaign to tempt Scottish doctors back from Australia.

The safest and easiest route for expats to spend time overseas is to arrange a transfer within their current job. Government, military and multinational employers may all have schemes in place to make it easy to work abroad and then return to the old job, often with support to help with the move. A survey by expatsradio.com found that nearly a quarter of respondents had asked their bosses about overseas opportunities, and only a third of them were told this was possible.

Whatever an expat’s long-term goals abroad, they will need a solid foundation in their chosen country from which to advance. A stable income from a reliable job is the first step to achieving this.

Why did you move abroad? Share your thoughts in the comments below, or answer the questions here to be featured in an interview.