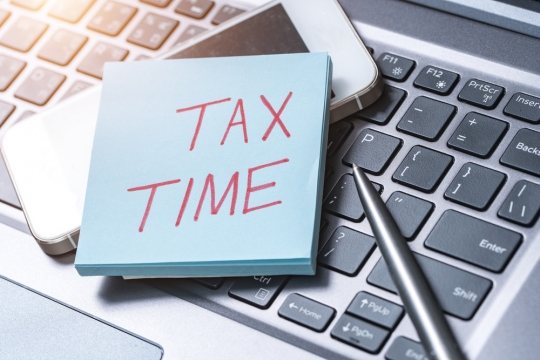 “The hardest thing in the world to understand is income taxes.” – Einstein

There is no shame in feeling discombobulated by taxation systems; we all do. Even Einstein!

This guide is specifically aimed at UK expats living and earning in Germany. As the title promises, we will explain how to avoid double taxation as well as how taxes between Germany and the UK work. And, most importantly, we will do this without using complicated legalise or incomprehensible tax jargon.So let’s start off with some good news: Germany and the United Kingdom have a double tax treaty. Zum glück!

That means there is an agreement in place which helps ensure that expats earning and living between the two countries are not taxed twice. You can see which other countries the UK has tax treaties with here.

While this is incredibly helpful for UK expats in Germany, it doesn’t mean your taxation tutorial ends here. You still need to understand exactly how this treaty works and how to pay your dues correctly.

It should also be noted that simply moving out of the UK does not exempt you from all UK tax.

How Does The UK To Germany Tax Treaty Work?

The UK to Germany tax treaty stipulates that the country where you reside gains the right to tax your income.

This means if you are a UK citizen residing in Germany for six months or more, you will be considered a tax resident in Germany and are liable for German taxation on all income. Therefore, even if you work for a UK company but reside in Germany, the treaty stipulates that your income tax is liable to Germany. This may not be the case if you are considered a dual resident, but we will get to that later.

Under the treaty, the UK is restricted to taxing only income from sources within the UK. For instance, income from property in the UK or government pensions will remain taxable in the UK.

Here are some common cases that may help illustrate exactly who has the right to tax which income:

Despite this, declaring all income to the German authorities is obligatory.

In Germany, employees pay taxes monthly through a Pay As You Earn (PAYE) system, while self-employed people pay tax quarterly. You will be given a Lohnsteuerkarte by your local tax authority (Finanzamt), which will be used to determine the rate of tax you should pay. This will depend on factors such as your tax band, marital status, and whether or not you have children.

Germany and the UK have different tax rates and if, for instance, your tax rate in Germany is higher, that’s just bad luck. Expats cannot opt to pay the lesser tax rate – sorry!

In order to be exempt from double taxation in the UK, you will have to prove you are a resident in Germany and that you already paid income tax there. You will need to arrange this with HMRC. You may also need to speak to your local Finanzamt in Germany to ensure you have the correct paperwork.

Proving your country of residency sounds easy, and for people who stay primarily in one location, it will be. However, if you move between or spend a lot of time in both the UK and Germany, things can get complicated.

Where Am I A Resident For Tax Purposes?

If you live and work in Germany for more than six months of the year, you will usually be considered a tax resident there. This means that Germany will have the right to tax your income. However, if you still have strong ties to the UK and frequently spend time there, then you may still be considered a UK resident, in addition to being a German one.

We hate to bear bad news, but gone are the days where simply spending less than 90 days in the UK deems you a non-resident. Today, there is a whole series of complicated calculations that determine whether or not you will continue to be considered a UK resident.

In short, if you spend less than 46 days per year in the UK – counted by your physical presence in the country at midnight – then it’s pretty safe to say you will not be considered a UK resident.

If, however, you spend between 46 and 182 days in the UK each year, your residency status will depend on:

You can calculate your tax residency status here using the tables and information under the heading ‘When do I become a UK tax resident?’

Finally, if you spend more than 183 days a year in the UK, you will definitely be considered a tax resident.

Why does this all matter? Well, if you do have to spend a long time in the UK, even if you officially reside in Germany, you may be considered a dual resident.

Don’t worry – this doesn’t necessarily mean you will be taxed twice. Luckily, our beloved UK to German tax treaty will come to your rescue. However, this situation does mean that figuring out exactly which parts of your income go to which country becomes far more complicated.

For instance, if you work for a UK employer as a dual German–UK resident, the treaty will usually restrict the UK tax liability to UK workdays only. This means that you would only owe tax to the UK for the days you actually worked in the UK, rather than in Germany.

Despite the fact that globalisation means dual resident expats claiming tax relief under double tax treaties is becoming increasingly common, it is still not a streamlined affair.

If your residency position is unclear, or you would consider yourself a dual resident, you should definitely seek specialist tax advice. This is necessary to ensure you are not evading tax in either country. Filing for tax relief under the treaty as a dual citizen is complicated and easy to mismanage on your own.

It is possible to split your tax year into two parts if, for instance, you have spent six months of the year earning in the UK and six months in Germany. In this case, you will be charged UK tax as a UK resident for part of the year, while for your time abroad you will be taxed as a non-UK resident. Splitting the tax year is a complicated process and again, specialist tax advice is necessary.

Changes To The Capital Gains Tax

Just to let you know, the UK tax loophole which allowed UK expats and overseas investors to avoid the capital gains tax on the sale of residential property in the UK no longer exists. UK property bought and sold is now liable for UK taxation regardless of where the buyer or seller resides.

Will Brexit Impact The UK To Germany Double Tax Treaty?

Thankfully, the short answer is no. The tax treaty has been arranged between the two countries rather than through the EU. Therefore, the UK leaving the EU is not expected to impact the current treaty.