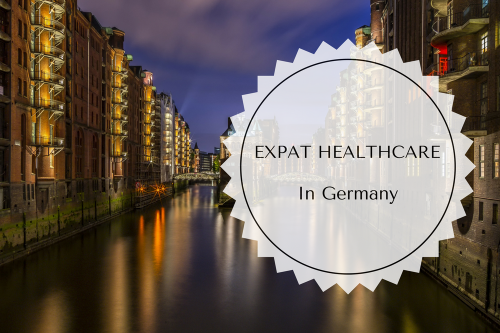 There are two types of providers, private health insurance, and state-provided insurance. The statutory insurance contributions are capped at 14.6% (until 2015 they were 15.5%) of the expat’s monthly income while private insurance will cost whatever the expat needs.It’s also possible to have a mix of both private and state provision.

The basic difference between the two is that statutory health insurance (known as GKV) is administered by 120 Krankenkassen which deliver a range of standard benefits whereas private health cover delivers higher standards to meet an individual’s needs. Around 85% of the population in Germany is covered by the public health scheme while the remainder has private health cover.

It may help an expat to check first that the Krankenkasse will offer communications in English since most will not but a few will do. One of the biggest is AOK and they offer services in 17 languages.

The law states that everyone living in Germany must be insured for hospital and outpatient medical treatment at the very least. This cover must also provide help for various medical check-ups and also pregnancy.

Insurance itself covers outpatient and inpatient treatments, as well as dental cover, and most expats employed in the country will be paying for health cover. For instance, the maximum monthly premium for government health insurance is €775 which means the expat will be paying €425 while their employer will pay €370 – most workers pay much less than that.

For those who receive statutory health insurance, the benefits include cover for their family including a non-working spouse as well as children, whereas private health providers require extra fees to cover children. Expats will need to register their spouse and children for the statutory coverage.

However, there are some impressive benefits for statutory health insurance including the option of choosing a doctor they like under the scheme, regular health check-ups, standard immunisation and some therapy for those who have long illnesses or have had a serious accident.

Should an expat need inpatient treatment, they may have to pay an extra €10 per day up to a maximum of 28 days per year but this is just for patients over the age of 18.

Health cover will also provide for up to 100% of dental treatment and 50% for artificial teeth.

However, dental care in Germany can be a very expensive experience and expats will need to get an estimate of any potential work that needs doing and present that to their insurer before beginning treatment. Failure to do this may see them having to pay for the treatment from their own pocket.

The reimbursement system for dental treatment can appear to be complicated but this depends on the treatment and for those expats who don’t have supplemental dental insurance then they may have to pay out for some of the work; this could be between 30% and 80% of the total cost.

As should be expected, there are a range of private health insurance providers (known as PKV) and their benefits will depend on the health plan chosen by the expat. It should be appreciated too that the expat is not restricted to using German private health insurance providers and can opt for an international provider if they choose – though this is not as straightforward as many expats would like. The situation is described below.

There are around 40 German insurance firms providing medical insurance and they have a range of contribution-based plans to suit a variety of budgets, which depend, as they do in other countries, on the expat’s age and pre-existing medical conditions. However, expats need to be aware that the German government tightened the criteria for foreign medical insurance companies and plans must meet regulations laid down in law.

This change in the rules led to many foreign providers not being able to conduct business in the country and they are not registered for doing so. The big problem for private health providers is that the government set no upper limit for the reimbursement levels and there could be no annual out-of-pocket deductibles costing more than €5,000.

There are also issues with EU regulations on the current situation – insurance providers should be able to conduct business across borders but cannot do so in Germany – but expats will probably need to speak to an expert on the subject because the major expat health insurance providers will not be able to provide a certificate that will be recognised by the residence visa authorities in Germany. This will cause untold problems for expats.

A change in the law in 2010 also enabled expats to deduct from their tax return a large share of their medical insurance premiums. Expats should note that their employer may also make a contribution towards a private health insurance policy which could equate to €309 every month and also half of their private nursing care insurance premiums.

It’s probably worth noting at this point that with Germany having a rapidly ageing population the nursing care insurance will provide expats with the care they’ll eventually need and this insurance is compulsory.

Also, there’s no way of avoiding it since the expat will find that when signing up for health insurance they will be automatically insured for nursing care insurance. Even when they sign up for private healthcare cover, the provider will deduct premiums for nursing care.

The level of care provided by the country’s nursing service comes on a variety of levels and includes regular assistance, having assistance five hours each day and whether this is received at home or as an inpatient.

It should be noted that this nursing care insurance is not simply aimed at elderly people but in providing care and assistance for those of all ages who need it; they may have had a serious accident and be disabled, for instance.

Expats who are working in Germany on a freelance or self-employed basis need to appreciate that it is mandatory to take out private health insurance since most will not be eligible for state insurance.

However, this is something of a tricky situation for the self-employed expat since most of Germany’s private insurance providers tend to deny cover to those expats who have no work or residence permit, which many self-employed expats will not be able to get because they don’t have insurance cover.

This is something of a ‘Catch-22’ situation since Germany will not grant a work or residence permit unless the applicant has health insurance that meets the country’s standards. Indeed, it may be worthwhile consulting with a specialist about this situation – particularly since many German private health insurance providers also appear to be reluctant to provide cover to foreigners.

And, despite mentioning that Germany has two systems for health insurance, they don’t apply to every person and most people don’t have a choice about signing up for the state provision.

For instance, all expat employees are insured by the statutory system unless their earnings exceed €56,250 per year ($62,000/£50,700) or €4,688 per month at which point the expat can remain with statutory insurance or sign up with a private health provider. Should the expat decide to remain with statutory insurance, they will be deemed to be a voluntary member or they can cancel membership and opt for private insurance health cover instead.

For those expats who are new to Germany, or are about to set off, and who do not want to take part in the mandatory government health insurance scheme but want to be privately insured instead then they need to promptly inform their employer about their intentions because they will be registered automatically into the government system otherwise.

It should also be noted that employers also pay health insurance for their employees to a maximum of €200 per month and €36 for nursing care cover.

An expat who is a freelancer or is self-employed can choose between private or statutory health cover and their annual income has no effect on this. However, self-employed expats who have been registered with the statutory insurance system can take up this option when they become self-employed.

As in many countries, the German government is trying to reduce the financial burden of its healthcare system and has attempted to make hospitals more competitive and bring down the costs for insurance providers.

However, the network of statutory health insurance providers say they are struggling to meet the growing medical costs and some have registered for bankruptcy so expats need to be aware that these members, or Krankenkassen, can charge members an extra premium should they decide they cannot meet their vital expenses.

The rules changed again in 2015 to help boost competition between the health insurance providers and reduce bureaucracy – this also led to a reduction in the cap but the Kassen were handed the option of demanding a supplementary payment to help meet their costs. The average amount charged by them in 2016 was 1.1% which, in effect, pushes the expat’s bill to 15.7% of their income while the employers share remains at 7.3%.

Expats have a choice of which Kassen they want to join so they should pay attention to the total premiums being charged between the various providers if they want to reduce their healthcare insurance costs while living and working in Germany.

It’s also possible to switch between health fund providers but the expat will need to give two months’ notice after being a member for 18 months. Or, they can leave if the provider demands a supplemental premium.

Expats with German public health insurance also have limited medical and dental cover for when they travel around the European Union under cross-border regulations. This also means that they may have the choice of choosing where they have their medical care, for instance in another country, and have their local public insurance fund reimburse the provider.

The Krankenkasse will provide more information about this since they operate different procedures for outpatient and hospital services. So expats looking to cross a border in search of medical or dental care should speak with their provider first.

However, the German system is not a catchall for people travelling overseas – it does not cover medical evacuation, for instance – and expats still need relevant travel insurance policies to cover their health and medical needs when travelling outside of Germany.

The bottom line for expats living and working in Germany, or who are planning on moving there, is that it’s now against the law not to have health insurance cover. However, accessing statutory health provision is straightforward and, in most cases, automatic.

In addition, all private health insurance firms in Germany now must accept all applicants regardless of their health situation and offer a special tariff known as Basistarif for those expats with a serious pre-existing medical condition.

Also, it may help to shop around by using a qualified insurance broker who understands expat needs to find a German private health insurance provider willing to accept expats and provide the cover they need.