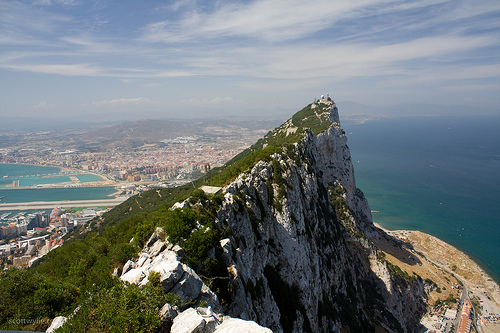 Gibraltar has long been one of the most popular expat destinations in the world. Its location at the tip of Spain’s Iberian Peninsula, the wonderful Mediterranean climate, the English influence on everything from the pubs to the streets to the language, and the multicultural population make it the ideal location for many people, especially those who are in one of its four main industries – financial services, tourism, shipping, and, most recently, online gaming. However, the one notorious drawback to living in Gibraltar is the high cost of living.There is often some amount of confusion with regard to the cost of living in Gibraltar, and this usually revolves around the misconception that there are no taxes here. This is not true. The details of the tax situation in this British Territory are complex, but in short, what Gibraltar doesn’t have is VAT (value-added tax), sales tax, wealth tax, or capital gains tax. In addition, taxes for corporations are relatively low and simplified. However, corporation tax does exist, along with personal income tax, and a number of other taxes such as import duties, excise duty, and stamp duty.

Unfortunately, the absence of VAT and sales tax doesn’t make Gibraltar any cheaper than the UK, to which its currency is tied. The limited land and natural resources in Gibraltar mean that much of its needs must be met by importing goods. However, property is probably the thing that is most expensive here, and this should come as no surprise. Squeezed as it is on to the tip of a peninsula, Gibraltar has nowhere to expand, which means that property prices and rents are always going up. Rents could be anywhere from £800 to £2,500 per month, depending on the size of the apartment and its proximity to the city centre. Many expats choose to live in Spain while they work in Gibraltar, but the daily commute has its own expenses and inconveniences. The tension between Gibraltar and Spain over possession of the territory means that crossing the border back into Gibraltar can sometimes be time-consuming.

For families with children, schooling is a major consideration when deciding whether to live in Gibraltar or Spain. Education in Gibraltar is free as long as you’re actually living there. If you work in Gibraltar but live in Spain, the school fees in the former can be extremely high, and once again there is the daily commute to consider. Schooling in Spain is one option, and if you’re living in Spain, this is free; however, many expats feel that the quality of education in Gibraltar is much better. The other option is for children to attend an international school, but this again can be quite expensive.

Utilities such as electricity, water, and internet may vary – some things cost the same as they do in the UK, some cost less, and others cost more. Groceries are on the whole roughly as expensive as they are in a city in the UK, although individual items may again cost slightly more or less. Regular milk, for example, costs around £0.90 for a liter, and a 500 gm loaf of plain white bread costs around £1.42. Alcohol costs around £0.70 for a pint (imperial) of local beer and £4.00 for a bottle of wine. Eating out of course tends to be more expensive – around £3.00 for a pint of beer and anywhere from £10.00 to £50.00 for a meal.

Furniture and consumer goods such as electronics tend to be quite expensive in Gibraltar, again because most of them need to be imported. The same usually applies to clothing, footwear, cosmetics, and so on. Some Gibraltar residents choose to travel across the border to Spain to buy goods. However, this isn’t always very practical – the savings might sometimes not be worth the trouble, time, and cost of going back and forth, and repairs, replacements, and exchanges might be difficult. If you do decide to do your shopping in Spain, remember that you’ll be paying VAT on these goods and can claim a refund as a non-resident. The entire process is quite quick and simple, but you need to start it right at the time you pay for your purchases.