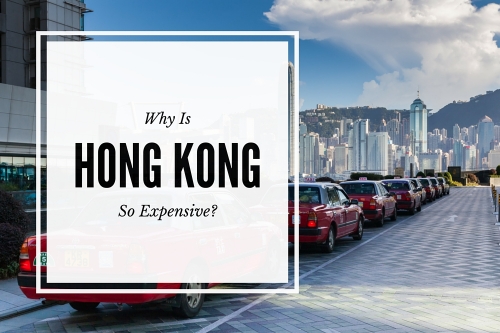 Hong Kong, the Pearl of the Orient, is a fascinating place where East really does meet West. Surprisingly, the Chinese and British cultures haven’t been amalgamated; instead the two have managed to coexist side by side and in fact complement each other rather well. You’ll find ancient tradition rooted at the base of every towering skyscraper and historic values emanating from each neon light.Life in this intriguing city is bound to be a unique experience for anyone, regardless of their nationality. Hong Kong is therefore one of the most popular expat and tourist destinations across the globe. People from all over the world are moving to this Asian country in order to study, work, set up a business or just be with their families. This vibrant island has been home to a large number of British, Canadian, American, Australian and Indian Citizens for many decades now. However, living in the Fragrant Harbor is an opportunity that comes at a premium.

According to a recent survey conducted by Mercer, Hong Kong has been named the most expensive city in the world, especially for expats, after it overtook Luanda (Angola’s Capital) and London in terms of living costs. It’s true to say that this place is far from economical!

The Mercer survey is often used by companies and organizations in devising relocation packages for their overseas assignees. It takes into account the prices of over 200 different items in various categories including accommodation, utilities, food, transport, healthcare and schooling. Other factors like clothing, leisure, entertainment, grooming and personal care are also taken into consideration.

The calculations take New York City as the base for drawing all comparisons and the US Dollar is used for measuring all the currency movements.

The other cities that are considered the most expensive places to live in are Luanda, Zurich, Singapore and Tokyo.

Read on to find out what makes Hong Kong the most expensive city in the world for expats.

Like in most other countries, accommodation is the priciest thing for foreigners. The locals spend close to 50% of their income on housing expenses. Even those who are from the US and the UK find rents in Hong Kong very high.

Some expats pay as much as HK $ 300,000 (US $ 38,680; £ 29,250; € 34,610) per month on rent, towards a fully furnished 4,000-square foot house in one of the prime locations of Hong Kong. The rent for these properties usually includes all the usual household electronic appliances as well as high-end amenities such as a private garden, a great view and a marble jacuzzi.

High rents are the reason that Hong Kong has the 4th highest expat remuneration packages across the Asia Pacific region. In addition to their salaries, professionals from other countries working in upper management positions get a huge amount in the form of a housing allowance.

Studio apartments are available for a lower price, but most foreigners who are living on their own tend to share their accommodation with others in order to reduce their monthly rental expenses.

The high rents in Hong Kong don’t usually include electricity, water, gas and garbage disposal costs. All these expenses are likely to increase a person’s monthly expenditure significantly. On average, people pay close to HK $ 750 (US $ 97; £ 74; € 87) per head each month on basic utilities.

Internet services are relatively inexpensive across the island, at around HK $ 200 (US $ 26; £ 20; € 23) per month for unlimited data usage. Since there is a lot of competition among different service providers, some companies offer telephone, internet and cable TV plans for that amount or a little more.

Most of the food and consumer items are more expensive in Hong Kong than elsewhere, since things are imported from different places, like mainland China. Fortunately, when it comes to groceries and eating out, there are numerous options to choose from. Local food is much cheaper, whether you are cooking at home or eating out.

There are many supermarkets offering ongoing deals on food items, including fresh produce. However, a majority of the expats here tend to shop at the international chains, which are usually twice as expensive as the local ones, mainly because they stock a much a larger variety of imported products.

Purchasing a car in Hong Kong is not really a lot more expensive than any other country, depending on what you choose. However, car owners spend a lot of amount of money on their private vehicles every month.

Due to a space crunch across the island, parking charges at almost every place tend to be very high. Moreover, there are yearly license renewal fees which can add up to HK $ 10,000 (US $ 1,290; £ 985; € 1,160) per year. Private vehicle owners are also required to pay for car insurance, which is extremely expensive. These costs increase the monthly expenditure for expats who travel in their own vehicles.

In general, the cost of gas in this city is fairly high and that is why traveling by taxis is also costly. A majority of the local population relies on the island’s public transport system, which is dependable and economical.

The overall healthcare system in Hong Kong is of high standards. It comprises a wide network of public as well as private medical centers and professionals. The local medical caregivers receive the same training as their counterparts in western countries and are required to keep themselves up to date with the latest research and practices from around the world.

Medical care across the island is reasonably priced, as long as you have a registered Hong Kong Identity Card and are willing to settle for a public healthcare facility. Most of the locals get treated at state-owned hospitals and use their ID cards to pay less than what they would at a private hospital. Almost all the public facilities provide full services, ranging from in-patient services to emergency treatments.

However, medical expenses tend to increase the cost of living for expats as a majority of them opt for private health insurance. Like in most other countries, private hospitals offer shorter wait times, personal attention and more comfort. A robust health insurance plan is necessary for those who rely on the private healthcare system for their medical needs, or their expenses will skyrocket in case of an illness or accident. Because the cost of private healthcare insurance is much higher, many organizations offer it as an incentive when hiring expat managers.

In Hong Kong, you will also find many Western doctors running their private practices. Most of them charge more than twice as much as the locals and yet they have a huge expat clientele.

Many expats are of the opinion that it is possible to live in Hong Kong on a decent budget but only if you don’t have young children. This is because foreigners pay a king’s ransom for sending their kids to a good, well-reputed international school.

There are 3 types of International Schools in Hong Kong. These include English Foundation Schools or EFS (20), Hong Kong International Schools (HKIS) and Other International Schools. Since there are several expats on the island and most schools have limited space, the fees tend to be exorbitant. The annual tuition fees could be as high as HK $ 200,000 (US $ 25,778; £ 19,707; € 23,119) per student, per year for high school graduates. Some of the more popular schools ask for a debenture, which could also add up to several hundred thousand dollars.

There are many public schools, which are much cheaper than the private and international ones. However, these can only be looked at as an option for children who speak at least some Cantonese, as that is the main medium of communication. Foreigners have little choice and have to send their kids to an international school.

Is Hong Kong really the most expensive city in the world?

The locals argue that the Fragrant Harbor is only as expensive, or cheap, as you want it to be. They aver that a dish for which you pay HK$ 50 in a posh hotel is available for less than HK$ 5 and a small food joint. Similarly, while the rents are over the roof in some locations, it is possible to find cheaper accommodation in several decent areas. Traveling by taxis is expensive in every well-developed city, which is why most commuters use buses and trains on a daily basis. Hotels are certainly pricey at the top end but are meant for those who are willing to pay for world-class service or amenities. In fact, many foreigners believe that the cost of living is much higher in London, New York and a few other European cities than Hong Kong. Nevertheless, this is a matter of personal opinion, which is bound to vary from one individual to another.

It is not just the high cost of living that makes the Pearl of the Orient an exorbitant place according to Mercers. Many of the top-ranking cities (in Japan and the US) have made it to the list because of their strengthening currency. Some of the cities in the Middle East were pushed up in the list when the living costs in other locations were on a decline. However, the Mercer survey is in contrast to the Economist Intelligence Unit Report that was published earlier this year. This report considered 133 cities around the world and named Singapore the most expensive city ahead of Zurich, Hong Kong, Paris and Geneva.