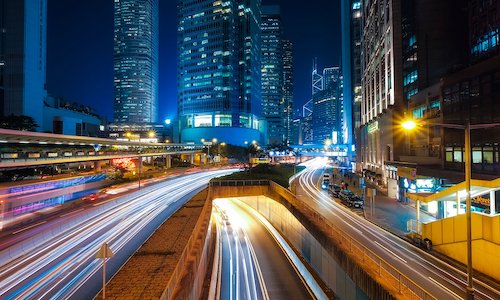 The former British colony of Hong Kong is still an attractive destination for expats, not least because it is still English speaking. You will therefore have some advantage as a native speaker, but more so if you also speak Cantonese or Mandarin.The official languages in the city-state are English and Chinese. However, there are two main versions of Chinese: 96% of the Chinese population of Hong Kong speak Cantonese, a southern dialect of Chinese which has its origins in the Guangdong region and is also spoken in Shenzhen, Guangzhou, and Macao.

The official dialect of China as a whole is Mandarin, however, and this is thus the official language for communication throughout the country. It is also spoken in Taiwan and Macau. Around 47% of the population of Hong Kong speak the language and it is on the rise, due to its role in official communication in China. It was estimated that when Britain handed over the colony in 1997, only a quarter of the Chinese population spoke Mandarin. Cantonese is the older language, dating back to around 200 AD, whereas Mandarin has its origins in the 13th century.

Although Mandarin and Cantonese share a written language (which also takes slightly different forms), the two dialects are not mutually comprehensible, any more than English and French are.

As an English-speaking expat, you need to be aware that spoken English in the former colony is not as widespread as you might think: only around 46% of the Hong Kong Chinese population speak it. Those in an official capacity (such as the police and immigration officials) will speak English and so will people in tourist areas, such as Wan Chai and Central. In the more rural areas of the islands and the hinterland, however, you may not find that people are fluent in English and may not speak the language very much at all. Signs and official documents will be in English. 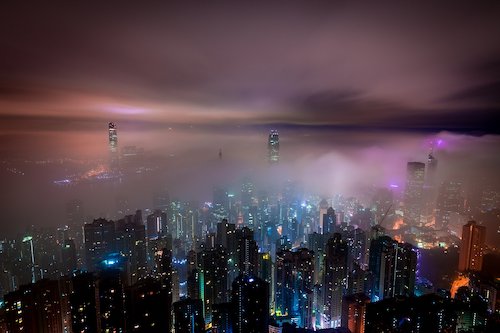 Around 46% of the Hong Kong Chinese population speak English

Commentators note that the prevalence of English was more marked when Hong Kong was a British colony, but say that it has been declining since the handover. Due to the status of English as a world language, however, the Hong Kong authorities are keen to make sure that it does not decline further.

Thus, if you are intending to spend any length of time in the city-state, it may be a good idea to learn some basic phrases in Cantonese such as those for:

Neither Cantonese nor Mandarin are easy languages to learn if you are a Westerner. You will have to master at least some of a completely different alphabet and you need to be aware that Chinese, of whichever variety, is a tonal language. This means that one word can have different meanings (up to nine in Cantonese) depending on your tone.

If you are planning on working in China itself for any length of time, Mandarin is a more sensible choice to learn since Cantonese is not so widely spoken on the mainland beyond Guandong. However, if you are relocating to Hong Kong itself and will be staying there, Cantonese will prove to be more useful. 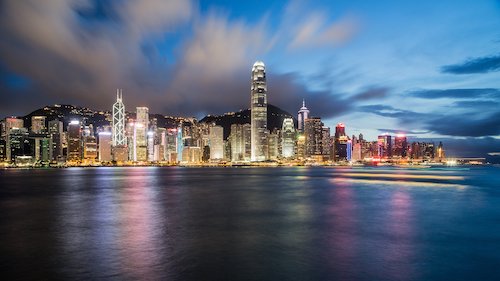 Chinese languages are tonal, which can be difficult for English-speakers

There are many language schools in Hong Kong, which usually offer courses at all different levels in both Cantonese and Mandarin. You can select 1-to-1 courses or group classes, and consult your chosen school regarding language training for specific purposes, such as conversation or business. Some schools offer crash courses for expats who just wish to navigate the city.

If you are seriously interested in mastering the language, then expats recommend learning Cantonese first to communicate with locals in the city-state itself, but then moving on to Mandarin. Hong Kong University, which uses English for many classes, also runs a range of courses in both Cantonese and Mandarin.

Teaching English (TEFL) is a popular choice of occupation and if you have qualifications and a degree, you should have quite a few options in the private sector. It is always easier to get work in international education if you have at least a certificate in either TEFL (Teaching English as a Foreign Language) or TESOL (Teachers of English to Speakers of Other Languages). Native speakers are preferred in Hong Kong and you should be aware that, due to the number of British and American expats in the city-state, teaching is a competitive market. 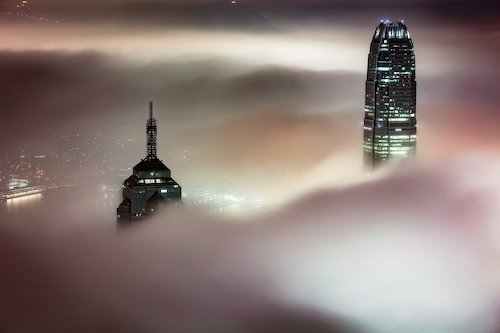 Teaching English is a competitive market in Hong Kong

Hong Kong can be an expensive place to live, but your salary as a TEFL teacher can be around US$2300 – 6500 per month, depending on your qualifications and experience. In private language schools as opposed to university level, your salary is likely to be around the lower end of the scale, but this is still higher than the average salary (which is currently in the region of US$1,700).

You may wish to consider applying for the NET scheme: the Native English-speaking Teacher scheme came into operation in 1998 and allows governmental and government subsidised primary and secondary schools in Hong Kong to employ English teachers from overseas. Your salary on the NET scheme will be higher than in private teaching.