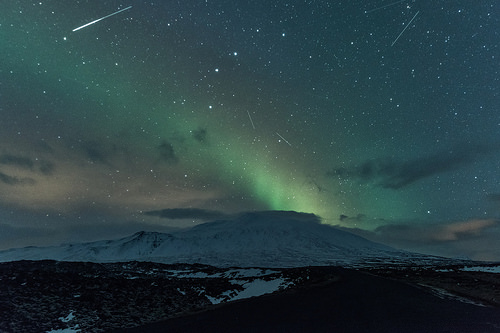 The home of the first Viking explorers of North America and a volcanically active territory, the Nordic island country of Iceland spans an area of 103,000 sq. km and has the lowest population density among all the European countries. Nature is at its breathtaking best in Iceland, although the region is also prone to natural hazards. Expats moving to Iceland will have the experience of living in a modern nation where the people take great pride in their language and culture.Economic situation in Iceland

Between 2008 and 2011, Iceland experienced what is largely considered to be one of the biggest financial catastrophes in history when its three privately owned commercial banks defaulted. The resulting severe economic depression also led to political unrest. But Iceland has shown steady recovery since 2011. In fact, this recovery is believed to the fastest ever on record. The GDP started rising once again, along with salaries, and the country’s debt started quickly reducing.

Iceland is not a part of the European Union and has its own currency called the Icelandic króna (ISK). Expats can either exchange currency in their home country or obtain króna once they arrive in Iceland at the airport. However, the exchange rates at airports may be poor. You can also withdraw Icelandic currency from ATMs in your destination, since they accept most major international bank cards and there is no loss of money in the transaction.

Iceland has bounced back from its economic crisis and the financial sector is once again on track. But some expats may find the cost of living in Iceland to be quite high. Accommodation expenses can amount to as much as 110,000 ISK for monthly rent in the country’s capital of Reykjavik, since the rental market is limited here. Many expats who intend to reside in Iceland in the long term opt for rental apartments outside Reykjavik.

Expats are eligible to receive financial assistance from the government. Those who have rented apartments can apply to Social Services for rent subsidies. This can also be done through the local municipalities. Subsidies may be accorded to individuals aged 18 and above and who have signed a lease for a minimum of six months. They do not apply to those who have rented accommodation with communal kitchens and bathrooms. Only residential housing is taken into consideration when giving rental subsidies, which are renewable on a yearly basis.

Other daily requirements such as food and clothing can also be expensive. In Iceland, the price of alcohol is known to be particularly high. Eating out frequently can turn out to be expensive. Food is more affordable at the local grocery stores where there are daily deals and discounts. The local greenhouse-grown produce, fish and lamb are available at affordable prices, but since most other items are imported, they carry higher price tags. One of the most popular street foods in Iceland, which also happens to be cheap, is the Iceland hot dog made with pork and lamb and found at hot dog stands across cities.

When living in Iceland, knitted clothing like sweaters and scarves come in handy during the chillier months. But these can be expensive in most stores. The more economic alternative is to buy them at flea markets such as Kolaportið, in the old harbor area of Reykjavik.

Taxis are expensive, especially in Reykjavik. But expats who live in the capital city will find that most places are within walking distance and the streets are safe.

Income tax does not have to be paid on rent subsidies, although they must be declared in tax returns. More information on rent subsidies can be obtained at the Social Services Office in each municipality.

Non-residents in Iceland are liable to pay tax only on the income earned within the country, while residents are taxed on all income, irrespective of the source. When it comes to taxation, an individual is deemed to be a resident if he or she has stayed in the country for a sum of 183 days within a 12-month period. Iceland has double taxation agreements with different countries, which protects expats from being taxed on the same income in more than one country.