What Do Ireland’s New Abortion Laws Mean For Expats? 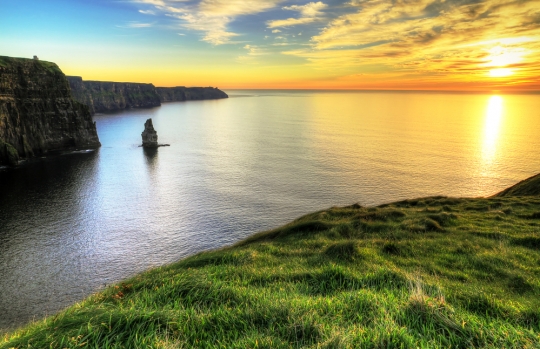 Access to sexual health, family planning and prenatal healthcare is a key consideration when deciding to relocate to another country. It’s important to know what your options are around pregnancy, including in difficult cases such as medical complications, crisis pregnancy or decision to terminate.In the Republic of Ireland, terminations are currently allowed only when the life of the mother is at risk. This means that most women living in Ireland must go abroad if they want to terminate a pregnancy – in 2016 alone, 3,265 women travelled from Ireland to the UK to have an abortion. Ireland has been far behind many other countries in providing lawful, safe access to termination, which may come as a surprise to expats settling there from many other parts of Europe and the US, where provisions have long been in place for women to legally terminate pregnancies.

However, this is all about to change. The right to life of the unborn was enshrined in the Irish constitution in 1983, meaning that to change abortion laws, the Irish public needed to vote to amend this part of the constitution. On 25th May 2018, Ireland voted overwhelmingly to overturn the abortion ban, with 66.4% of voters in favour of change.

Ireland’s constitution has now been changed, which means that the next step is for the government to finalise the law itself. By early 2019, women should be able to legally and safely terminate pregnancies in the Republic of Ireland. However, abortion will remain illegal, in most cases, in Northern Ireland.

The legislation put forward would legalise abortion up to 12 weeks, in any circumstances, for any woman in Ireland. After 12 weeks, and up to 24 weeks, termination would only be lawful under exceptional circumstances, such as if there is a risk of serious harm to the mother, or if there are fatal foetal abnormalities. Two medical practitioners would have to verify these circumstances.

Under this legislation, any doctor could refuse to perform a termination procedure, on the grounds of conscientious objection, but they would have to refer the pregnant women to another doctor who will treat them.

There is also a ‘cooling off’ period proposed, where women must wait 72 hours after their doctor certifies that they may have a termination, to ensure that they still feel this is the right decision for them. It is very likely that this legislation will go through in its current form.

So what does this mean for expats living in Ireland, or considering making the move? First, we need to understand how migrants access healthcare and reproductive care in Ireland, and then consider how the proposed new abortion laws will fit into this framework.

The Irish health system is a two-tier system, in which residents can choose to avail themselves of public or private healthcare depending on their circumstances and needs. Expats looking to move to Ireland may be asked to show that they have private health insurance when applying for certain residency visas, such as those who are planning to retire.

Despite this, anyone who is ‘ordinarily resident’ in Ireland (which means they intend to live in Ireland for a year or more) is entitled to use publicly funded healthcare. Expats should note, though, that ‘publicly funded’ doesn’t always mean ‘free’. Healthcare in Ireland is only free for patients with medical cards, which are allocated based on income, age, illness or disability. Healthcare is heavily subsidised for everybody, meaning that expats using the public system (unless they have a medical card) will pay a reduced fee for most doctor’s visits, hospital procedures and other treatments.

Maternity care is slightly different. Under the Maternity and Infant Care Scheme, all pregnant women resident in Ireland are entitled to free examinations, scans, and in-patient birth care, which are provided by a family doctor and a hospital obstetrician.

Abortion will be available on the public health service under the new legislation, but the cost has not yet been confirmed. Initially, it seemed likely that it would mirror access to public hospital services more generally, including family planning services such as sterilisation, which are available at subsidised rates to all residents, including expats. Medical experts estimate that the cost of terminating a pregnancy, without a medical card, would be around €300.

For comparison, termination is free on the public system in the UK and many other European countries such as France and Spain, while some other countries have fees, including the US (average $470) and Austria (€300+).

However, Ireland’s Minister for Health has said he is committed to ensuring that cost is not a barrier to women accessing termination services. Some reports suggest that the government are considering whether the Maternity and Infant Scheme can be expanded to cover women who require an abortion, which would mean the state would cover the cost of care, making the procedure free or almost free for all residents.

Early abortion procedures would generally be provided in a primary care setting, that is, a GP’s surgery. This means that the standard option would be a medical abortion, where women are prescribed two medications (the ‘abortion pill’) in addition to any necessary painkillers and antibiotics, and will complete the termination process at home. The abortion pill induces the loss of pregnancy, similar to a miscarriage, with side effects such as cramps and heavy bleeding. There would likely be a provision for medical abortions in the case of pregnancies over nine weeks, where women would take the pill in a hospital setting, to be monitored throughout the procedure.

Private doctors and hospitals will also be able to provide termination services, although it is unclear whether dedicated abortion clinics will be established. On the private system, terminations will likely be more expensive; a private abortion in the UK costs £500+, as a reference.

A New System For Reproductive Care

Regardless of the specifics, Ireland’s new legislation will bring its family planning and prenatal care closer to that of most other Western countries, which will make it more familiar to many of the expats living there. Other related changes are now being discussed or are in the pipeline, including nationwide pregnancy scans for foetal abnormalities, and free access to contraception without the need for a prescription. All residents, expats included, will have access to these services, moving towards a healthcare system that aims to address women’s different reproductive needs and choices.