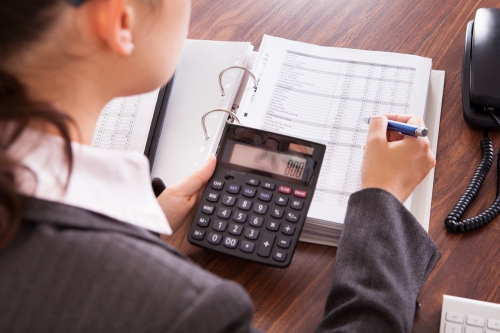 A country steeped in history, art, and culture, Italy has always been a hotspot for expats from all over the world. It sports a gorgeous climate that is considered one of the best in the European region, and is also home to some of the most beautiful cities in the world, the most famous of which are Venice, Florence and Rome. Good food and wine play an important role in daily life in Italy. In addition, the vibrant and friendly local people make it easy for expats to settle into the Italian lifestyle.If you’re an EU national, you can stay indefinitely in Italy with only your passport or national ID card. However, you do need to inform the authorities of your presence in the country, after which you will receive a permit if you want to live there for longer than three months. Expats who plan to live in Italy on a permanent basis are eligible to apply for residency. This process of applying for residency applies to non-EU nationals as well, but they will also need to provide entry visas and additional documentation. Non-EU nationals who intend to live in Italy for more than three months must obtain a residency permit (permesso di soggiorno) within a week of their arrival in the country. It is important for expats to remember that upon obtaining residency, they must have with them their identity card (carta d’identità) whenever out in public.

To perform any type of official process in Italy, such as paying taxes or buying property, it is necessary to have a codice fiscale. This is a tax code, similar to a social security number in the US. It is an alphanumeric code made up of 16 characters. All Italians receive a codice fiscal at the time of birth. Non-Italians must apply for one if they wish to remain in the country for an extended duration of time. Expats who intend to study or work in Italy also require a codice fiscale.

A codice fiscale also enables you to open a bank account, buy a car, sign utility contracts for your accommodation, obtain employment and purchase tickets for travel.

There are no charges for applying for a tax code in Italy, and it is provided to you immediately upon application. Simply head to any office of the Italian Agency of Revenue (Agenzia delle Entrate) and request a codice fiscal application form. Upon submission of the completed form and after checking your ID, the authorities will provide you with an official document bearing your tax code.

The central and regional governments in Italy levy taxes within the country, and the Italian Agency of Revenue is charged with the responsibility of collecting these taxes. The primary sources of revenue are social security, income tax, corporate tax and VAT. Italian personal income tax is progressive, which means that it increases as the taxable amount increases.

In Italy, an individual’s residency status determines the taxes they are required to pay. Residents, both local and international, pay taxes on their worldwide income. Non-residents, on the other hand, pay taxes only on income earned in Italy.

Residency for the purpose of taxation is based on certain criteria, such as the purchasing of housing, relocating with one’s family, and any social or economic ties the individual may have with the country. According to tax law in Italy, a resident is one who has lived in the country for more than 183 days of the tax year, which begins on January 1st and ends on December 31st. Such an individual is considered to be an Italian resident for the whole calendar year.

In 2017, the Italian Financial bill changed the taxation system for neo-domiciled individuals (those who have recently become permanent fiscal residents in Italy, while generating an income outside Italy). These individuals are permitted to have their foreign generated income subjected to taxation in Italy through the payment of a fixed substitutive tax of the amount of €100,000. Family members are subjected to a reduced amount of €25,000.

This tax can substitute income tax on international investments as well as wealth tax on property and financial investments owned overseas. Under this new tax regime, the individual’s foreign investments are not subject to monitoring through the Italian tax return. They will also not be taxed on inheritance and gifts held abroad. The bill also announced a simplification of the process for international investors acquiring visas and residency permits, in a bid to encourage investments coming into Italy. The new tax regime is meant to apply for 15 years, although it can be withdrawn at any point, and all special tax treatment will cease in case of non-payment or partial payment of any tax by the due date.

Based on one’s revenue, the income tax deductions in Italy are as follows:

Apart from direct taxation, incomes are also subjected to a regional tax at the rate of 0.7 to 3.33 percent. Additionally, there is a municipal tax of 0 to 0.9 percent. Individuals whose incomes exceeds €300,000 a year are also required to pay an extra three percent as solidarity tax.

Income generated through working for an employer is termed employment income. Any cash or compensation related to employment, such as shares, reimbursements for money spent in the course of producing the income and payments received through generosity during that tax period also comes under the umbrella of employment income. The Italian tax code determines the value of compensations in kind. Italian employers are required to deduct income tax on a monthly basis, on the total employment income as well as benefits given in kind.

Directors’ fees are considered as employment income for expat tax purposes. Progressive income tax rates and withholding tax both apply to directors’ fees, unless the individual performing the services is one who has a VAT number. Directors who are non-resident in Italy pay a flat withholding tax at the rate of 30 percent on the fees earned.

These taxes apply to residents and non-residents in Italy. The value of the inheritance or gift influences the tax base, and tax rates are based on the donor and receiver relationship. Italy has in place estate tax treaties with some countries to avoid double taxation of estates. If there is no treaty, a tax credit may or may not apply to overseas taxes paid on estates located outside Italy.

In the case of resident expats, capital gains earned from selling securities not connected with business activities are taxable based on whether a qualified percentage of the company’s shares is involved in the transaction. If it is, then the gain is subject to the ordinary tax rate of 49.72 percent. This rate applies to the entire gain if the transaction involves qualified shares of a company that is based in what the Italian authorities deem to be an expat tax haven. Expats are advised to consult an expat taxation professional in case of transactions that involve a non-qualified percentage of shares.

Non-residents earning capital gains from the sale of shares, stock options or other securities not pertaining to business activities are required to pay the same rate of tax as residents if an Italian company has issued the securities. If the transaction involves non-qualified shares of an Italian company listed on the stock exchange, no taxes are applicable under Italian law.

In the case of real estate owned in Italy, tax is owed to the state and the municipality where the property is located. Municipalities have the freedom to alter the standard tax rates, but they cannot go beyond 0.2 percent if the property is the taxpayer’s main home and 0.3 percent for other properties.

Income tax returns need to be filed electronically in Italy. Two types of tax return models are available: 730 and Model Income. The first type can be submitted by tax resident employees for two years, usually by those who need to claim only employment income and credits. It can also be used by tax residents who don’t have an employment contract at the time of filing. The second type includes employment income, capital gains, withheld tax as well as international income and assets, and is usually used by those who are paid by non-Italian companies or hold non-Italian investments.

Those planning to leave Italy must notify their local municipality office of their departure and have their name cancelled from the Italian resident population, if they have been enrolled in it. Any additional time that the taxpayer spends in Italy during the tax year makes him or her liable for taxation.

Certain conditions can qualify an individual for tax deductions. This includes divorcees who are required to make maintenance pension payments; those who have made donations up to €1,032 per year to a religious institution, a research institution, or a university, or those who have made yearly donations up to €70,000 to other non-profit organizations; those who incur healthcare-related expenses, such as caring for a handicapped individual; those who are making payments up to €5,164 yearly to an Italian voluntary pension fund; and those who are making health insurance contributions up to €3,615.

Residents in Italy also qualify for tax credits if they have bought property in the country, undertaken renovation work, donated to public institutions such as research foundations, or have a child or unemployed spouse as a dependent.