Home » Jamaica » Health » How Does Cancer Care In Jamaica Compare With The USA?

How Does Cancer Care In Jamaica Compare With The USA? 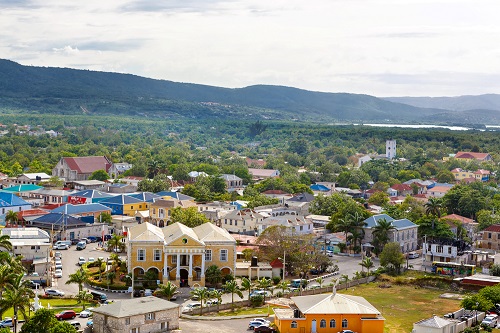 It should be said upfront that the quality of cancer care in the USA is substantially better than in Jamaica, although the latter nation is currently investing heavily in oncological care. If you are resident on the island and have private health insurance that includes a medical evacuation clause, you may have the option of being treated in the US. Many expats in Jamaica fly to Florida for treatment. We will look at some of your options below.

Oncological treatment in the USA

If you need to seek cancer treatment in the US, and you are not eligible for Medicare or its sister program, Medicaid, you will need a health insurance policy that covers you for oncological treatment. The care that you receive, however, will be of a high quality. The American Society of Clinical Oncology has conducted surveys, and these show that patients are very satisfied with their care in collaborative practice models.

David Chan, at the UCLA Oncology Centre, told Forbes that, overall, survival rates for cancer are better in the USA than anywhere else in the world, due to overtesting and aggressive treatment, caused by fears of litigation from patients. Some countries beat the USA in regard to certain types of cancer (Japan, for instance, has a better track record for treating stomach cancer). Chan also notes that new treatments, such as immunotherapy, are more widely available in the US than in nations that have budget-capped national health systems.

However, the US system is under strain, due to the insurance-based nature of American healthcare. Providers noted that payer pressures were at the top of their list of challenges, with oncology practices experiencing issues in day-to-day operations, often related to payment, reimbursement, and competition.

Pain management for oncological patients has also become an issue in the US, a result of the recent opioid crisis. Cancer survivors report that ‘anti-opioid sentiment can be pervasive and hurtful.’ 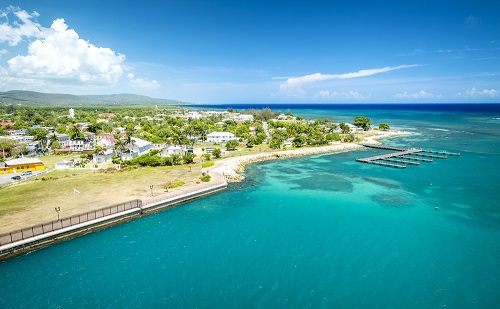 Jamaica’s public healthcare system is described by expats as ‘adequate,’ but it is overstretched, suffers from a shortage of personnel and equipment, and is currently being overhauled by the government.

Cancer accounted for 3,538, or 19.3%, of total deaths in Jamaica in 2016, and the World Health Organisation International Agency for Cancer Research estimated that, for 2018, there would be around 7,348 new cases of cancer in Jamaica. It is the second main cause of death on the island, behind cardiovascular disease.

According to statistics provided by the Global Cancer Observatory, breast cancer accounted for 13.3% of the new cancer cases diagnosed in Jamaica in the same period. The mortality figure for breast cancer stood at 413. The median age of women diagnosed with breast cancer in Jamaica is 52 – this is eight years younger than the global average, which is 60.

Oncological care on the island has been developing. The Hope Institute, developed by the Jamaica Cancer Society, started in 1963 as a free hospital for cancer patients. It began as a 52-bed hospital, designed to provide treatment and care, comparable to that available in private institutions and facilities overseas, at little or no charge to patients. The institute also functions as a hospice, working with the Kingston Public Hospital (KPH) and the University Hospital of the West Indies (UHWI). It offers:

In 2018, the Ministry of Health launched the National Cancer Registry, which is a population-based cancer registry that covers the island. It was initiated in partnership with the Pan American Health Organisation, the Barbados Cancer Registry, and the Caribbean Cancer Registry Hub. Its task is to collect information on all new cancer cases, including data on patient demographics and cancer types.

The country currently has a Radiation Oncology Centre of Jamaica (ROCJ), which offers two different types of radiotherapy. However, there is a shortage of oncologists and radio oncologists in the country; a recent report suggests that in 2018 Jamaica had less than half of the recommended staff to fulfil the medical oncology needs of the population. However, it ranked better with haematologists, and the island does have a training programme in oncology.

The government has been working with the ROCJ, in conjunction with private partnerships, to try to shorten the length of time that poorer patients have to wait for radiotherapy. The Jamaican government has also been investing in oncological equipment.

In addition, recent scholarships, amounting to $63 million, were awarded to Jamaicans, by the Culture, Health, Arts, Sports and Education Fund (CHASE), to study abroad in oncological specialisations. 26 scholarships were awarded by the fund to four biomedical engineers, two medical radiation physicists, and four radiation oncologists, among other personnel. 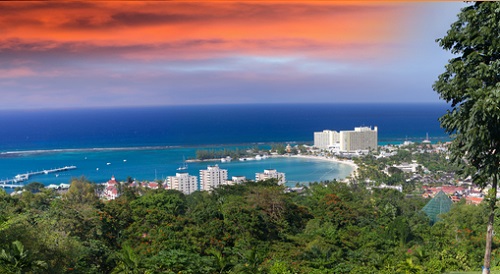 The Jamaican government has been investing in oncological equipment

The first of two modern cancer treatment centres at the Cornwall Regional Hospital opened in 2018, at a cost of over $770 million, partly with the aid of US$10 million from the National Health Fund. In part, the new scholarships have been awarded to ensure that oncological medics returning to Jamaica will be able to use the new equipment.

Partnerships have also been formed with international organisations, such as the International Atomic Energy Agency and 21st Century Oncology, to train staff at the new treatment centre. The training will cover various areas of expertise, such as external beam radiation, image-guided radiation, intensity-modulated radiation, and high dose-rate brachytherapy treatments.

In addition, a National Cancer Treatment Centre at St. Joseph’s Hospital in Kingston opened in 2018, financed by the National Health Fund (NHF), CHASE, and the Tourism Enhancement Fund (TEF), among other stakeholders. It is similar to the Cornwall Centre.

Thus, cancer care in Jamaica has been recognised by the government and the health authorities as a priority area in the public healthcare sector, and the levels of public/private investment into training, personnel, equipment and infrastructure reflect this.

However, if you are resident in Jamaica and are diagnosed with cancer, it is likely that you will seek treatment in the private rather than the public sector. The cost of cancer treatment on the island in private clinics varies, but it is usually less than in the USA. Chemotherapy can cost more than JMD$25,000 (US$184). Breast cancer treatment, for example, can cost between JMD$600,000 and JMD$800,000 (US$4400 and US$5800) per breast.

If you have private health insurance, you may want to consider seeking treatment elsewhere, depending on what is covered. You may even be able to return to your home nation.