Why Moving To Japan Will (Probably) Make You Healthier 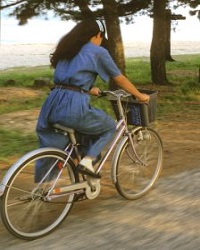 Daily Diet
The Japanese diet is very healthy and focussed on plenty of variety and moderation. A typical Japanese meal consists of a small bowl of soup followed by 3 dishes and serving sizes are smaller than western portions. Vegetables and legumes are part of the staple diet along with seafood and fermented foods.Fermented foods such as Miso, Koji and Sake Lees contain beneficial digestive flora that aid in the digestion and assimilation of food. Beef and chicken are also included in meals but bread and sugary foods are conspicuously absent. The Japanese diet is also one of the few cuisines in the world that includes a variety of seaweed which are low in calories but high in fibre and minerals.

Japan lacks the West’s reliance on fast foods and processed foods. While most people in the west use store-bought sauces and salad dressings, people in Japan prepare their own sauces and salad dressing from scratch using recipes that have been in their families for generations. Packaged foods are swapped out for healthy organic natural foods, especially seasonal fruits and vegetables. Local markets and farmers’ markets are very common in Japan and their preference for fresh produce over packaged products is one of the main reasons why Japan has the lowest rate of obesity in the developed world. Japan has an obesity rate of approximately 3 per cent while the United Kingdom has 23 per cent and the United States has an obesity rate of 34 per cent.

According to the most recent surveys, the Japanese are more satisfied with their lives than the OECD (Organisation for Economic Co-operation and Development) average. Japan ranks average or higher than average on various aspects of a work-life balance including division of labour and number of working hours per year. Until a decade ago, the Japanese were known for their adherence to a long-hours’ work culture but this had detrimental effects on the health and morale of the population. Several regulations were then set out by the Labour Standards Law to ensure a proper work-life balance and today regular employees are entitled to 18 days of annual holiday among other benefits. Furthermore, the topic of a work-life balance has climbed up the political agenda in recent years which has gone a long way in ensuring that working people get their dues.

Walking and biking is a part of daily life and most people walk a good part of the way to the subway station on their way to work. People also ride their bicycles to the marketplace to pick up groceries in the evening after work.

Most people in Japan do not go to the gym regularly but instead they get plenty of exercise during their day. On weekends people often go cycling and the Tokyo Bay area and the Yoyogi Park are among the best spots for amateur cyclists. Even if you don’t own a cycle, you can always rent one from an all-day rental for under £10. Hiking in the mountains is another great weekend activity and it definitely beats sitting around the house watching TV and eating pizza!

The Japanese Healthcare system offers excellent value for money and patients have greater freedom of choice with regard to their doctor and place of treatment. Japan is known for its advances in technology and this has translated into cutting-edge medical technology. Operation costs are relatively low; for instance, a cataract surgery costs approximately £2,000 in the Britain £2,300 in the United States but in Japan, it only cots £520. The Japanese Healthcare system has the “co-pay” system where the patient covers 30 per cent of his medical costs. An expat staying in Japan for less than a year can buy international private medical insurance or he can enrol in the system immediately upon arrival in Japan. If you are staying in Japan for one year or more, you will have to enrol in the system. Several medical facilities deal specifically with the expat population and require cash payment at the time of the patient’s consultation.