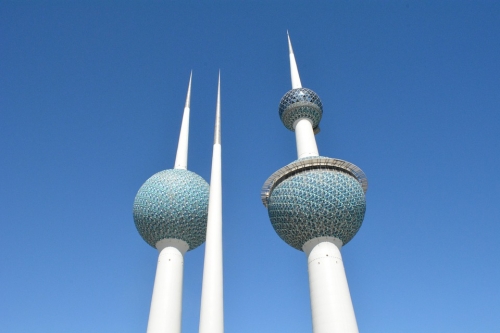 Expats who move to Kuwait to enjoy the excellent work and living opportunities will be moving to a country that also has the world’s most expensive currency. This means that it is a highly sought-after destination for many expats who can earn more, because the Kuwaiti Dinar is pegged to the US dollar. However, it’s not necessarily a cheap country to live in; for Europeans in particular, the cost of living is similar to their home countries.In reality, this means that expats from the UK will find their living costs are around 9% cheaper in Kuwait – but their renting costs will be 10% higher. Kuwait is also slightly more affordable than some of its neighbours in the Gulf region, including Qatar and the UAE, but the prices for everyday items may cause an issue for those on low salaries.

It’s not all bad, since having the world’s most expensive currency means that products from Kuwait, and from some neighbouring countries, will offer expats good value for their money, although some imported goods can be very expensive.

In Kuwait, petrol and cars are fairly cheap, and electronics and white goods cost slightly less than many expats will be used to.

As is one of the world’s major oil exporters, Kuwait accounts for around 10% of the world’s total oil reserves, with the oil industry generating 90% of government revenue.

However, Kuwait imports a wide range of basic goods including machinery, textiles and food. Since the Dinar’s exchange rate is pegged to the dollar, they benefit since their exports are worth more than their imports.

Kuwait is also a popular destination for expats because there is no income tax to pay on salaries.

The biggest expense for any expat living in Kuwait will be for accommodation; most will be renting and there is a wide range of homes available depending on a building’s quality, its amenities and the neighbourhood it is in. For those living in Kuwait City, a one-bed apartment will cost around KD300 (£761/$992) per month, while a two-bed apartment will cost from KD320 to KD460 every month.

For cheaper accommodation, expats should look outside of the city centres where a one-bedroom apartment may cost from KD230 to KD280 per month in Salmiya, for example. Some expats may be tempted by the prospect of living in a furnished apartment complete with swimming pool and a gym but this will cost around KD650 per month.

However, not everyone wants to live in apartments, and for the same price expats could opt for a villa, which are a popular choice for well-paid workers. Two- and three-bedroom villas cost from KD550 to KD700 (£1,776/$2,316) per month. These prices for accommodation in Kuwait are for unfurnished properties and expats should look to add 25% to their accommodation costs for a furnished home.

It helps too that prices for electricity, gas and water are subsidised by the government and are relatively cheap. Most expats will be looking at a monthly electricity bill of KD14 (£35/$46), though they will need to be wary about leaving their air conditioning on in the hot summer months to avoid hefty bills. For those living in a small flat in Kuwait City their monthly bill for all utilities, including rubbish removal, will be KD66 (£167/$218).

Another expense is accessing the internet, which will be around KD7 – KD12 every month. The cost of mobile phones and a home telephone service are all cheaper than in Europe – the cost of international telephone calls are also subsidised by Kuwait’s government.

Food shopping in Kuwait is quite reasonable, though only for locally produced vegetables and fruit as well as meat and bread. Seafood and fish are also inexpensive, though expats will find that imported food is much pricier.

For instance, major supermarkets will charge around:

There is a wide range of restaurants to choose from. This is not always a cheap undertaking, with restaurants and hotels being more expensive than many expats will be used to.

Expats will also find there’s no need for winter clothing because of the region’s hot climate. Office wear for men mainly involves just a shirt, tie and smart trousers; they won’t need to invest in full business suits for most jobs. Businesswomen generally dress in the same way, but without a tie. It helps that shoes, underwear, clothes and hats are cheaper in Kuwait too.

Expats usually choose to drive while living in Kuwait, since petrol prices are low and cars are relatively cheap; there’s also the choice of buses and taxis with the minimum fare for a cab being KD1 and KD1 for every kilometre travelled. Buses are obviously much cheaper, with tickets costing around KD0.25 for a one-way trip and monthly bus passes are available.

However, expats with families will find that the cost of education, as well as after-school activities, is not cheap in Kuwait. For most expats, having education as part of their relocation package would be a sensible incentive and would help with their living expenses. There are a range of schools to choose from, including English, American, Pakistani and Filipino.

For expats working in the public or government sector who send their children to public school, the cost is free. For expats in the private sector the school fees, should they need to pay them, may be in excess of KD1,000 (£2,537/$3,308).

Expats thinking of moving to Kuwait should budget for housing costs, utilities, food, leisure activities, transport, clothing and insurance and will need to budget roughly the following amounts.

The cost of living for expats will vary depending on their personal lifestyle – and it can be done cheaply – though living in Kuwait does offer an excellent opportunity with its tax-free earning potential to help expats save money during their stay.

Have you lived in Kuwait? How did you manage your budget? Share your thoughts in the comments below, or answer the questions here to be featured in an interview.