Home What Quality of Healthcare Can You Expect in Malta? Malta

What Quality of Healthcare Can You Expect in Malta?

The Maltese health system is very well-respected and has a long history of providing publicly-funded care, dating back to 1372 when Malta had its first functioning hospital. The Knights of St. John arrived in the country in the early 16th century and quickly established building hospitals as one of their primary concerns.

Today it has a publicly funded health system, where medical services are provided for no charge at the point of delivery. This is also complemented by a private healthcare system. The nation has a strong tradition of GP-led primary care, and secondary and tertiary care is also provided by public hospitals where needed. The healthcare system in Malta closely resembles the British system, with healthcare being free at the point of delivery.

Malta has a strong public healthcare system where entitlement to public health services is practically universal if you are a resident. The World Health Organization (WHO) ranks Malta 5th among nearly 200 countries for overall healthcare services. By comparison, the United States and the United Kingdom rank 37th and 18th respectively.

The Euro Health Consumer Index ranks Malta in 27th place out of 35 countries, due to it meeting expectations of good, consumer-friendly healthcare. The index indicates that Malta has decent accessibility but is not so strong on treatment results. 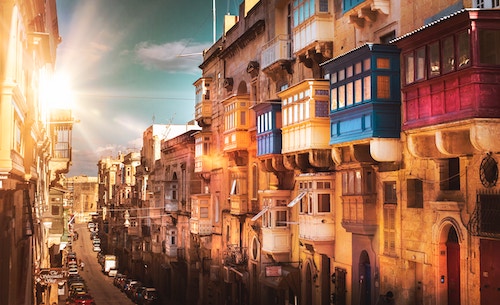 Life expectancy is high in Malta

Life expectancy in Malta is high and the population spend on average 90% of their lifespan in good health, longer than in any other EU country. The health system provides universal coverage and access to a comprehensive set of services, but private out-of-pocket payments remain high.

Health services are divided into private and state sectors, with the Ministry of Health, Elderly and Community Care governing them both. Expats must be insured either through the basic public insurance system, privately, or via a combination of the two.

Employees and the self-employed pay national insurance and social security contributions, which fund basic healthcare, but if you do not work and pay into this fund, it is advisable to take out private health insurance. There is also the option to pay medical bills on a pay-as-you-go basis. This form of self-insurance, or paying out-of-pocket, is fairly common amongst Maltese residents.

Overall, coverage of the public healthcare system is high, comparing very favourably with other EU countries. Only a small number of residents report unmet needs for medical care in Malta, and there is little variation between income groups. 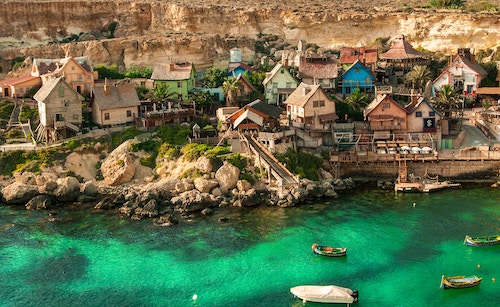 Healthcare can be accessed by all residents covered by Maltese social security legislation. All care deemed medically necessary is also available to other groups living in Malta, such as foreign workers with valid work permits and irregular migrants.

Malta has seen rapid increases in the numbers of irregular migrants, refugees and asylum seekers over the past decade. While there is no specific legislation with respect to access to healthcare for irregular migrants, they have free access to care through a system of administrative waivers on humanitarian grounds.

As in other countries, this vulnerable group may face barriers to using health services due to lack of information, fear, and language or cultural barriers. Third-country nationals who are not covered under social security legislation have to pay for all health services.

The country also has highly-regarded private facilities that are equipped with the latest technology in the medical industry. As well as providing care for Maltese residents, these are available to patients around the world who travel to the country for treatment and fulfil the requirements for coverage.


Criticisms Of The Maltese Health System

Despite the undoubted quality of the public facilities, there may still be fairly long waiting times for non-emergency hospital treatment. Opting for private care can mitigate against this. While this requires that you pay extra for the service, you will have the peace of mind knowing that you will receive quick treatment when you need it most. 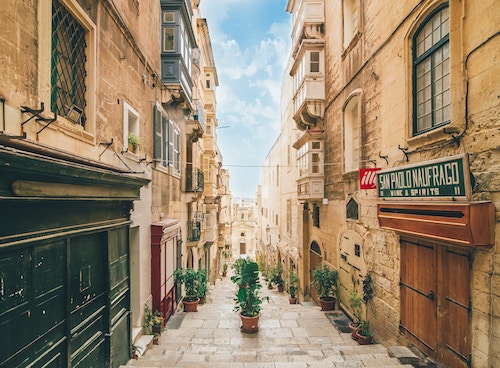 Waiting times in Malta can be very long

Waiting times for elective surgeries are among the highest in Europe. For non-elective procedures the outlook is not much better: patients have sometimes had to wait up to three weeks to get a CT scan, and waiting times in the emergency departments can last as long as three hours.

Malta’s challenges concerning healthcare access arise primarily because the same health consultants and specialists are allowed to provide services in both the public and privately-run hospitals and clinics. This systemic feature severely limits the ability of health authorities to extend outpatient opening hours, and this situation is partially responsible for long outpatient waiting times.

As a result of this, many believe that inpatient care in public hospitals is best secured by consulting specialists in the private sector first. This helps patients who can afford to pay for private consultations to bypass, or at least minimise, their waiting times for inpatient care.

Out-of-pocket expenditure remains high due to significant private sector involvement in providing services. Unlike many other European countries, there are no user charges or copayments for health services in Malta. However, direct out-of-pocket payments are substantial and made primarily for pharmaceuticals and private general practitioners (GPs) and specialists, who are paid on a fee-for-service basis.


Would you like to share your experience of life abroad with other readers? Answer the questions here to be featured in an interview!
Read more Malta health articles or view our latest Malta articles
Discuss this article in our Malta forum or Facebook group