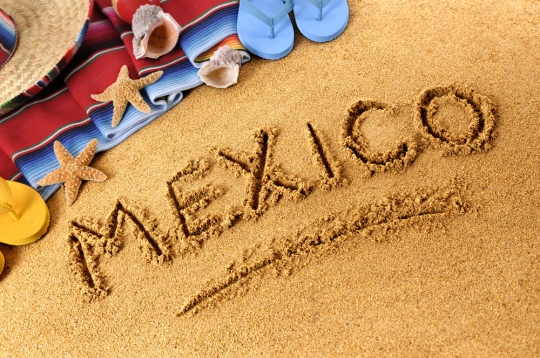 If you’re thinking of retiring to Mexico, healthcare is going to be on your mind – but the good news is that there are some positive options awaiting you.Mexico has a national system, somewhat equivalent to the UK’s NHS; this is called the IMSS and is free to the working user. However, if you don’t work, you can either pay a premium for the IMSS of around $200-$400 per year, or it may be that you are eligible for the government’s Seguro Popular (SP) system.

The latter is reputedly not as efficient as the IMSS but is still likely to be helpful in a crisis. Both are socialized medical care programs for residents or those with residency visas. The SP is free or very low cost, while prices for the IMSS depend on age and won’t cover pre-existing conditions. You’ll get more medical coverage in your second year than your first, too. If you’re wondering what it covers, the details are here, in Spanish only.

IMSS has been criticised for being unworkable under the current financing, with some medical professionals claiming that it may be phased out – like many national systems, it is understaffed, overworked and underfunded. Andre Bellon of Bellon Insurance Agents states that the IMSS is:

“…in bankruptcy. It’s a service that is going to disappear. Let me put it this way; for each peso that they get, the administration gets 80 percent, while the rest is for the equipment, the maintenance of the hospitals, and medications. That makes it impossible for any structure, or any business, to keep on going. There are some people predicting that by 2020, IMSS is going to disappear because they cannot keep on with that track.”

However, public healthcare in Mexico does have a decent reputation in terms of actual medical care, since it uses private doctors who work part-time and are not government employees. Speaking to Best Places In The World To Retire, one resident states:

“I am comfortable going to the public clinic because I know that those doctors are the same doctors that attend patients in the most expensive private hospital, so it doesn’t make a lot of sense for me to pay money for one when I can get it for free at the other.”

Bear in mind that waiting times can be lengthy for both clinic visits and operations, and the quality of care is said to vary widely, although there is general agreement that top-notch care by both UK and US standards is available. Since some hospitals do, however, charge in advance of treatment, expats already living in Mexico advocate planning in advance for emergency care by visiting your local hospital and getting an idea of costs in writing for treatment under private medical insurance. One expat on Expat Exchange said:

“Visit the hospital(s) that you plan to use in the event of a catastrophic emergency and see which plans they accept. Ask them and the insurance company what coverage would be in the event of a heart attack or stroke and/or how much treatment typically would run via a cash payment, even. Get something in writing from all of them. Don't trust someone verbally quoting something. Be careful and extremely cautious… If you know where you are going to settle, check out the best hospitals in that area. Note what companies have offices IN the hospital. This is typically because the hospital is paid before the patient can leave the hospital.”

Expats also advise that you should sign up to a private ambulance service such as EMME, just in case.

You may face issues with private coverage, depending on your age and any pre-existing conditions; costs are going to depend on your deductible and if that’s too high, you may find that your private provider doesn’t cover very much. Costs can also rise year by year, driving expats back to their country of origin or a dependence on SP.

Many US expats are reported to ‘self insure’ for any minor problems or routine operations that arise in Mexico and head back north over the border to Medicare if anything really life-threatening crops up. With an appointment with a top specialist in a Mexican hospital costing around $25-30, it’s easy to see why this should be.

However, a routine hip operation costing $40K-$80K in the USA would typically cost around $8k-$12K in Mexico, and would be virtually free under the public system. Some surgeries have contracts with international medical insurance providers too, but there can be issues with this; insurance companies in your home country may have problems with doctors’ notes in a language other than English, for example.

If you are insured and in receipt of medication it is essential to have a receipt, called a factura, to be reimbursed for any prescriptions or treatment. In the case of prescriptions, you need to have the factura emailed to you in addition to a register receipt from your purchase. Prescriptions for medicine are generally cheaper than in the US if you’re over 65, and apart from antibiotics, you do not need a prescription for many over-the-counter remedies; the quality should be fine since brand name medication is mainly purchased from Europe and India, or made in Mexico itself. Some pharmacies have a doctor on the staff if you do need a prescription drug.

If you’re over 60 and a permanent resident, you can apply for an INAPAM discount card which can get you a further 10 percent off the price.

So the general consensus seems to be that if you’re an expat retiree, your best option is to sign up to the public healthcare system in Mexico for anything catastrophic or make arrangements elsewhere, and pay out of pocket for routine care and non-emergency operations. Do your due diligence to ensure that you’re signing up to a reputable provider! However, either option is likely to save you a lot of money in comparison with the USA.

Have you lived in Mexico? Share your experiences in the comments below, or answer the questions here to be featured in an interview!