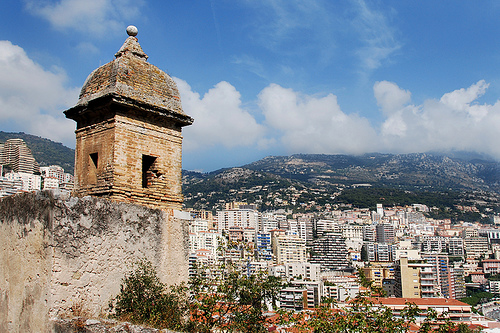 Monaco is often synonymous with luxurious living. Known for its spectacular beaches, sprawling golf courses and year-round international events, the principality of Monaco lies in the heart of Mediterranean Europe. By area, it is the second smallest country in the world and also the most densely populated. Monaco’s economy is fuelled by tourism, and although it is not formally a member of the European Union, it uses the euro as the sole currency on account of its relationship with France.1. It’s often assumed that Monaco is a tax-free destination. While it is true that Monaco does not impose any direct taxation, foreign nationals living in the principality and earning an income outside of Monaco are required to pay tax there.

2. Entrepreneurs may be required to pay a business profit tax or impôt sur les benefices if they generate above 25 percent of turnover outside Monaco. But tax relief is possible for young businesses or those that are largely non-commercial.

3. Value Added Tax or VAT in Monaco is levied at the same rate as in France, which commonly is 20 percent as the usual rate and 10 percent as the reduced rate. VAT constitutes indirect taxation on consumption, and all companies as well as self-employed individuals who engage in regular paying business transactions are liable to pay VAT.

4. For transfers or inheritances, the closeness of the relation determines the taxation. Direct filiation does not carry any taxes, but an inheritance between unrelated individuals has a tax of 16 percent.

5. To open a bank account in Monaco, EU nationals need to produce proof of identity, while non-EU nationals must show proof of residence (Carte de Séjour). Other required documents include proof of address in Monaco and proof of income status. Those who wish to acquire loans or overdrafts may also need to provide reference from other banks where accounts are held.

6. For joint accounts, the names will have either ‘et’ or ‘ou’ between them. In the former case, both account holders are required to sign a cheque, while in the latter, either one may sign.

7. Monaco is a popular location for offshore banking. For investors who wish to set up overseas bank accounts in Monaco, most banks request documents such as a passport, national ID, bank statement and information about the source of funds and reason for opening an account.

8. The process of acquiring residency status in Monaco involves being able to show proof of adequate financial resources to support oneself. You can do this by acquiring a certificate from a Monaco bank stating that a deposit has been made. The deposit amount can vary since different banks have their own policies. To be a resident of Monaco, you also need to buy or rent property within the principality. Expats who plan to stay in Monaco for only up to five or six years may opt for rental accommodation, as a more economical alternative.

9. Monaco’s cost of living is similar to that of most popular European cities. The biggest investment is likely to be an apartment, and how much you pay for this depends on the area. Properties come in all sizes, from small studio apartments to luxury apartments and penthouses. Monte Carlo, home to the popular Place du Casino, is the prime residential real estate market. The most expensive accommodation can be found in the Carre D’Or area. Prices fall by up to 10 to 15 percent as you move away from this point. The district of Fontveille is more of an industrial district and hence prices tend to be lower.

10. Other expenses expats will have to encounter in Monaco include the price of utilities, food costs and transportation fare. For an 85 sq. meter apartment, the average monthly cost of basic utilities such as water, electricity and heating may be between US$234 and US$241. How much you pay when eating out depends on the type of restaurants. Monaco has many mid-range eateries where a meal for two may range from US$96 to US$275. Gasoline prices as of June 2015 were at US$1.98 per liter. Those who plan to use local transport can expect to pay US$2.25 for a one-way ticket and about US$33.79 for a monthly pass.