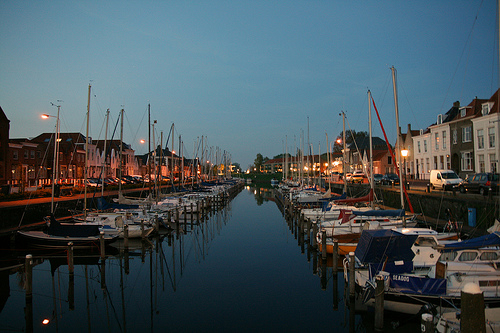 The introduction of the Euro in 2002 raised the cost of living in the Netherlands considerably. The locals still talk about how expensive things have become in the past few years. Yet, this country ranks lower in terms of expenses compared to some other European nations.

Like in any other country, larger cities in Netherlands tend to be more expensive than smaller towns. Therefore, the cost of living places in Amsterdam, Rotterdam, Hague, Utrecht, Leiden and Groningen comparatively high.So, how much money do you think you will need to be able to live comfortably in the Netherlands? The answer depends entirely on your circumstances, family dynamics, lifestyle and location. It is possible for a person to survive on € 20,000 a year in this country but the living conditions may be a lot more frugal than what you are willing to settle for.

A student living in one of main cities needs at least € 12,000 a year, just for everyday necessities like rent, transport, groceries and basic entertainment. This amount does not include university and tuition fees, which generally start at around € 1,900 per year, although this may increase for private universities.

A couple that is living and working in the city will spend almost € 20,000 a year just on rent (a 1-bedroom apartment), commuting, utilities, groceries and health insurance.

A family of four will require anywhere between € 30,000 € 40,000 a year for rent (a 3-bedroom apartment), utilities, commuting, insurance and groceries. For private education, children’s school and tuition fees increase the expenses by at least € 15,000 per year per child.

These amounts only indicate basic expenses but can go up if you are going to eat out regularly. A meal for two costs around € 30 at an inexpensive restaurant and € 60 or so at a mid-range restaurant (3-course). Fast food chains as well as pizzas are much cheaper and a meal for a single person comes up to under € 10.00. Beer is about € 3 or € 4 at restaurants and bars but the price may go up in clubs. At most average restaurants, you’ll pay € 2.50 for a cup of cappuccino, € 2 for a soda and € 1.90 for a bottle of water. Consuming imported groceries and wine regularly will also increase your food bills considerably.

Though public transport in the Netherlands is relatively reasonable, many residents spend a considerable amount of money traveling to work and back. A one-way bus ride costs about € 2.60. Regular commuters usually buy a seasonal pass for € 79. For a taxi ride, the starting tariff is € 7.50 and you will pay € 2.25 for every additional kilometer.

Some expats prefer to opt for a car, especially if they know that they are going to be in the Netherlands for a longer period of time. Cars are more of a luxury than a necessity since the Dutch are known to ride their bicycles everywhere. The price of the car will depend upon the make and model. You will pay € 1.70 for a liter of gasoline, which is almost on par with the UK, but a lot more expensive that the US. Gas, parking and car maintenance charges will increase your annual expense by around € 6,000.