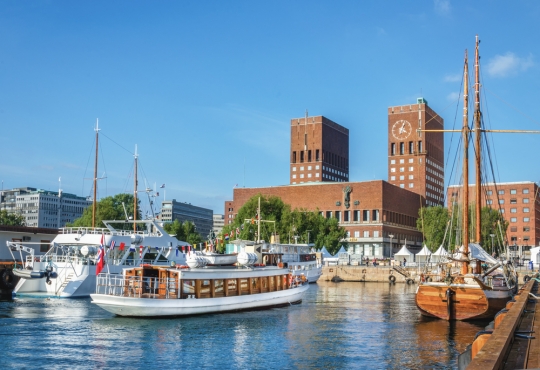 Norway is well known for being an expensive place to live, particularly its capital city of Oslo. But how much more expensive is living in Oslo really, compared to many other European cities? And is it worth a higher cost of living for a better quality of life? Norway has plenty of positive attributes, such as its outstanding healthcare system (ranked fifth in the world by the World Health Organization), and its reputation as a family-friendly state. The standard of living, with good state pensions, paid paternity leave, more than average annual leave per year and shorter than average working weeks are all perks that can be enjoyed as part of life in Norway.Despite the plethora of perks that life in Norway can give, still the most frequently asked question by new expats is “how high is the cost of living?” That’s why we’ve created this guide, to detail the cost of living for an expat in Oslo and compare it to some of the other major European cities, as well as to give you an in-depth insight into the sort of costs you can expect should you take the plunge and move to Norway.

We’ve gathered the average cost for many aspects of daily life in Oslo, from food and drink to cinema tickets and even the price of a Big Mac…

• One pint of beer in the local neighbourhood pub: €9
• One bottle of reasonable quality red wine: €16
• Basic lunchtime menu (including a drink) in the business district: €22
• Combo meal in a fast food restaurant (Big Mac Meal or similar): €11
• Basic dinner for two in local neighborhood pub: €46
• Upmarket dinner for two at a restaurant including appetisers, main course, wine and dessert: €94

Comparing Oslo With Other Locations

We’ll now take a look at some of the other most popular cities for expats to live in Europe and compare their average prices to calculate the differences between those locations and Oslo.

With various other factors taken into account, Oslo actually works out about two percent cheaper to live in than London.

Including other contributing factors, on average Oslo works out to be 55 percent more expensive to live in than Barcelona.

Overall, Oslo is around four percent cheaper to live in than Zurich.

On average, Oslo is calculated to be around 12 percent more expensive to live in than Paris.

With various other factors taken into account, Oslo is around 32 percent more expensive to live in than Munich.

Overall, Oslo is around 19 percent more expensive to live in than Amsterdam.

The good news is that Oslo has one of the highest average salaries in Europe. The estimated average salary in Norway is around 28,000 NOK per month after taxes, which is equal to around €2,896.74 per month. Technically, in Norwegian law, there is not a minimum wage. However, despite this, nearly every person in Norway receives a fair living wage. This is because nearly every worker belongs to a union, and the unions collectively agree on fair salaries and working conditions.

Therefore, despite its reputation, Oslo is not actually the most expensive city that you could live in. Oslo attracts so many expats not only for its well-paid jobs, but also for its quality of life and beautiful scenery. So, although it regularly tops lists as one of the most expensive countries to live in, Norway is also voted as one of the best, for many deserved reasons.

Have you lived in Oslo? Share your thoughts in the comments below, or answer the questions here to be featured in an interview!