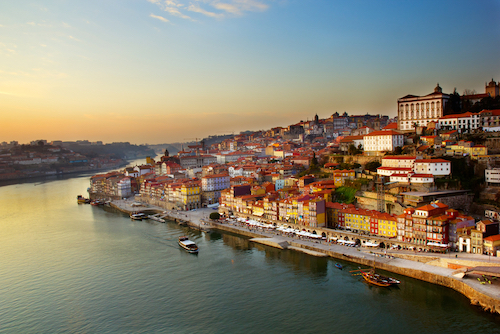 In a bid to help Portuguese migrants who are looking to return and invest in their home country, the minister of Foreign affairs, Augusto Santos Silva, announced in a recent cabinet meeting that emigrants will be granted an approved credit line on their return home.The credit line, often referred to as part of the country’s Return Programme or Programa Regressar, was designed by the government to help emigrants “deepen their relationship with their community of origin” by enabling a return to Portugal to “meet the labour needs that are currently felt in some sectors of the Portuguese economy”.

The Programa Regressar proposes to do this by implementing a credit line for investors and creating tax benefits for people returning to Portugal in 2019 and 2020. However, it’s estimated that more than 300,000 workers left Portugal during Austerity, many of whom have settled down with families in other European countries. This means that it’s unlikely many will return to their homeland as a result of the programme. After all, the programme doesn’t address the reason many people left; the lack of well-paid jobs. However, what it does offer is a unique opportunity for those who are looking to return and invest in Portugal.

Many people who return to Portugal do so as entrepreneurs, meaning the Programa Regressar credit line, which is worth €50 and was created for both Portuguese emigrants and their descendants in Venezuela, could help secure the future success of both the people involved and the programme itself.

The answer to this is both yes and no, as it depends on the expat’s status. The Programa Regressar was not designed for those who are looking to stay in the country temporarily. Instead, it was created to support the repatriation of Portuguese nationals and their descendants who emigrated and wish to return.

The goal of the programme is to strengthen Portuguese people’s ties with their heritage, and to address the ageing demographic by “meeting the current needs for workers in some sectors of the Portuguese economy”.

In order to achieve this, a structure was created by each of the government areas working together in coordination. This structure included making repatriations possible throughout all income brackets by reducing the financial costs involved with returning. This covers everything from travel to work placement and even personal belongings. On top of this, there’s a tax break, with those who do return receiving a 50% discount on national income tax, the IRS and more.

The structure was approved by the Council of Ministers, with Prime Minister António Costa’s office issuing the resolution in the official government newsletter, the Diário da República. Designed to help with the three main challenges of “national and social cohesion, […] guaranteeing a new engine of economic development and […] contributing to the demographic rejuvenation of the country,” the Programa Regressar will provide “the creation of new incentives that reduce the costs of returning to Portugal and facilitate the professional and geographical transition for workers and their families”. Which, in essence, means that people will see the programme offer support with investments as well as training and retraining to help with integration into the Portuguese labour market and vocational training, ensuring that there is a support system in place to help the programme succeed.

This means that for temporary expats, there won’t be much of a change, unless they’re looking to invest; in which case elements of the Programa Regressar will open up.

Having said that, there is a new development which may soon benefit all expats, as Portugal’s President has promoted a bill which will simplify access to residency permits for those who have been paying taxes for a minimum of 12 months, but who are as yet undocumented. Previously, only immigrants who had entered the country legally could apply for residency, but this new bill will amend the previous law and make it easier for tax-paying immigrants by waiving the need for a temporary residency permit.

Have you lived in Portugal? Share your thoughts in the comments below, or answer the questions here to be featured in an interview!