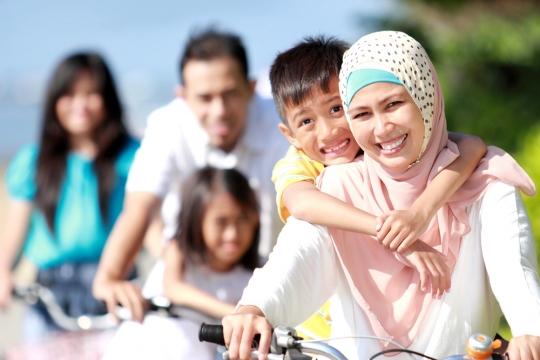 One of the most overwhelming aspects of expat life is, without a shadow of a doubt, navigating a foreign tax system. It’s a crucial process with serious implications if you fail to comply, and is one that can be fraught with frustrations and confusion. Particularly in a country which may be very different from the home you are used to, the ins and outs of the specific taxes that you need to pay can cause you to feel stressed and disorientated.If you’re new to the country and haven’t established a support network yet, then it can often feel like you’re on your own, with no-one to ask for help or clarification. That’s why we’ve created our expat guides, to answer frequently asked questions and help guide you through the expat experience. We hope this article will answer any questions you may have about this expat tax levy in Saudi Arabia.

What Exactly Is The Dependents Tax?

As part of the government’s fiscal balance program, the General Directorate of Passports (GDP) announced that international workers in the private sector will have to pay fees for every dependent or companion. There are no exemptions from paying the dependent tax; all nationalities of migrant legally working in the private sector of Saudi Arabia are required by law to pay it. The fees paid are non-refundable.

Who Are Considered Dependents?

The definition of dependents in this context include a first wife, any male children under the age of 18, and all female children regardless of age. ‘Companions’ are also included in this tax levy, the definition of whom is second, third or fourth wife, in addition to parents, relatives-in-law, domestic laborers (such as live-in maids or gardeners) and every expat sponsored by the worker.

How To Pay Your Dependents Tax

Fees for every dependent or companion must be paid through the SADAD payment system to the Jawazat (the issuing office of Iqama visas), which was established by the Saudi Arabian Monetary Agency (SAMA) as the accepted national electronic payment service.

How Often Must You Pay?

The dependents tax is calculated on a monthly basis by the Jawazat, but the fees must be paid in advance and on a regular yearly basis thereafter, alongside issuing or application of renewal for any worker’s residency and work permits.

How Much Is The Tax?

Note that these fees are monthly, but the tax is paid annually.

What Are The Implications Of Not Paying The Dependents Tax?

If you fail to pay the dependents tax, you will not be able to renew your dependents’ or companions’ visas or work permits until you have paid the outstanding balance. Whilst it’s been difficult to find substantial support in writing of any further implications, it’s fair to assume that failure to comply with the dependents tax is likely to result in fines as a best-case scenario.

How Can Expats Avoid This Tax?

Unfortunately, the only way to not pay this tax while staying in the country is to consider living in Saudi Arabia alone, whilst the rest of your family stays based in your home country. Whilst this may or may not be better for you economically, this path obviously has its own implications for you and your family.

What’s Happened Since The Tax Has Been Introduced?

The tax was originally introduced as a way to combat unemployment in Saudi Arabia, but it’s caused an uproar the government may not have foreseen. Since the dependents tax was introduced in Saudi Arabia, its impact has been felt in the expat community, with the lower/middle income tier of workers being hit hard and having to make the difficult decision to either send their dependents back to live in their home country or leaving the kingdom altogether to seek work elsewhere. At the end of the first quarter of 2017 (the year the tax was introduced), some 62,000 expats left Saudi Arabia.

Despite recommendations from other influential bodies to the government to make changes to the tax, there are no signs that changes of any kind are on the horizon. Therefore, it’s certainly within your best interest prior to accepting any job placements in Saudi Arabia to look at how many dependents you have, and what the financial implications would be should you choose to go ahead and move to the Kingdom.

Life in Saudi Arabia has plenty of benefits such as the opportunity to earn a very good wage and have an excellent quality of life, so it may be that the dependents tax won’t affect you much, but is definitely worth taking into consideration.

We hope that this guide on has clarified anything that you were uncertain of and will help you through the process of organising the payments of your dependent tax. We wish you all the best on your expatriate journey and hope that you will be very happy in your new home!

Have you lived in Saudi Arabia? Share your experiences in the comments below, or answer the questions here to be featured in an interview!