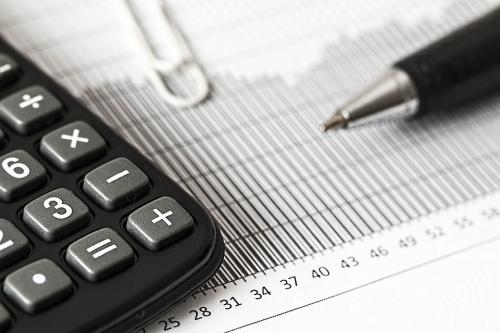 With its alluring blend of stunning shores, unexplored mountains, diverse landscapes and vibrant cities, Spain has become one of the most popular destinations for tourists and expats from all across the globe. The nation offers its residents high living standards, with access to good quality infrastructure, education and healthcare. The excellent weather, unique cuisine and hospitable people are added advantages.While these may seem like great reasons to settle down in this country, do keep in mind that the expat life in Spain comes at a fairly high premium. On the surface, the cost of living appears to be much lower than it is in the United Kingdom, United States, Canada and most other nations in Western Europe. However, in the recent past, several unexpected charges have been introduced for expats, raising their expenses drastically. This, coupled with the rather bleak employment situation, may cause you to change your mind about moving to this location.

Before you finalise your plans to move, take a close look at the income tax policies and structures for expatriates. There are several things that you should be aware of once you decide to become a tax payer in this country. To start with, under Spanish law, you are automatically considered a Spanish tax resident if have spent more than 183 days in the country during a calendar year, which is also the tax year. Do bear in mind that the days need not be consecutive – so exiting the nation and returning after a short while will not help you evade this substantial expense. This rule is applicable even if you haven’t applied for a formal residency permit.

Another factor that could make you a Tax Resident is having your “centre of interest” in Spain. This occurs when a majority of your financial, economic or personal interests lie in this country, or also if your spouse spends more than 183 days residing there in a year.

It is important to remember that Spain does not offer a “split year” treatment to foreigners, unless they are permanent residents elsewhere, for a part of the year according to the terms of a tax treaty. This means that you either are a resident or are not a resident for a particular tax year. Unlike the UK, the tax year in Spain runs from January to December.

How Much Are You Likely To Pay?

Taxes in Spain are split between the state and regional governments. Because of this setup each of the 17 autonomous regions in the country can decide on their own tax rates and liabilities. As a result, the tax rates charged vary across the nation for income tax, wealth tax, property tax, capital gains tax and inheritance tax. Moreover, anyone who is employed in Spain is liable to contribute towards Spanish Social Security taxes.

While the rates across the nation are not the same, below are the basic 2017 tax percentages applied on income from employment:

Depending on where you are from these rates may seem very high, but it is evident that the Spanish government is making an effort to simplify taxes in the country, looking at the rates that were levied in 2016. It is also essential that you check the regional rates with your Communidad Autonoma, before making any assumptions.

Once you become a Spanish tax resident, you need to pay taxes in Spain on your income and assets from around the world. For example, if you are a British citizen who has retired in Spain, you will owe taxes on your state retirement and other pensions. However, if you reside in the UK for a major part of the year and are thus not considered a Spanish tax resident, you won’t need to pay Spanish taxes on your UK income (you will however still be liable for Spanish tax on income generated in Spain).

Spanish tax residents pay taxes on their worldwide rental income. The good news is that only half your net rental income will be taxable. To know what this figure is, calculate the rent amount you are left with after you have deducted everyday running expenses such as repairs, maintenance, local taxes, managing agents’ fees, interest on home loans or improvement loans, and also depreciation on the cost of the property. Do bear in mind that the list of deductible items is restricted to work that restores the property to its former state; it does not include any improvements that increase the value of the property.

If you are a Spanish non-tax resident, you will be taxed on your gross rental income in Spain at a flat rate of 25 per cent; in this situation, you are not permitted any deductions.

There is another charge that you should also carefully consider when renting out real estate in this country. Where practical, tenants are required to withhold a percentage of the rent (15 per cent for Spanish tax residents and 25 per cent for non-tax residents) and pay it to the local tax authority.

Spanish authorities have also levied what is called a ‘notional tax’ on properties that are neither the owner’s main home, nor currently being leased out, on the basis of a “deemed rental income”. Normally, this is calculated as two per cent of the official value, but the rate drops to 1.1 per cent in certain situations. If you rent out your property for only part of the year, officials estimate a notional income from the property for the rest of the year, add this amount to the rest of your income, and then apply the relevant tax rate.

As a Spanish resident, or even as a non-resident property owner, you need to have a Numero de Identificacion Extranjero, more commonly referred to as NIE. In fact, you will be required to provide this number for almost every significant property transaction. Make sure that you mention your NIE whenever you deal with the tax authorities.

Who Is Liable To Pay Taxes In Spain?

As a resident of this country, you are obligated to submit your Spanish returns and pay taxes on your worldwide income if any of these criteria apply to you:

• Your annual salary (income from employment) is greater than 22,000 Euros
• You are self employed or you run your own business
• You are drawing a rental income that is more than 1,000 Euros per year
• Your capital gains and savings income is in excess of 1,600 Euro a year
• You are declaring tax residency in Spain for the first year

When filing your returns using the Form 720 or the Modelo 720, make sure that you declare any assets that are worth more than €50,000, including those that are located overseas.

To know what your taxable income is, calculate the amount that is left after deductions for contributions towards social security, pension, professional costs, personal allowances, and so on. Tax rates in this country are progressive.

How To Minimize Tax Payouts

Taxation in Spain is complicated to say the least and the government has imposed severe fines and penalties for those who fail to declare their assets and income. It is therefore imperative that you consult a well qualified and experienced taxation expert to guide you through the policies and procedures. An attorney or a licensed agent may also be able to guide you on ways to minimize your tax liabilities.

For example, in 2006 Spain signed a Double Tax Treaty with the UK, which means that an expat should not have to pay taxes twice on the same income. You are only liable to pay taxes in Spain or the UK. Similarly, Spain has gotten into a number of double tax agreements with other nations, so that residents are not required to pay taxes twice. A detailed and updated list of these countries can be obtained by contacting the Spanish taxation authority, the Agencia Tributaria.

Since taxes in Spain are regulated at a regional level, the amount you pay will depend on where you live. Madrid has the lowest tax rates in the country, starting at 19% and going up to 43.5% for its highest earners. The highest rate in Andalucia is 48% and this is levied on income that exceeds 120,000 Euros per year.

Not many expats are aware of a special tax regime for foreigners working on employment contracts with local Spanish companies. Popularly known as the “Beckham Law” this special tax policy was allegedly designed in 2003, so that the international football player David Beckham would not have to pay a tax on his worldwide image rights when he took up the offer to play for Real Madrid. According to this regime, you are only taxed on your Spanish income in Spain, at a rate of 24% on earnings up to 600,000 Euros per annum.

If your income exceeds that amount, the tax rate is reduced from 47% to 45%. Moreover, no capital gains tax is levied on interest that you receive outside of Spain. However, not everyone is eligible for this taxation structure. If you are a tax resident but have not been a Spanish resident for a minimum of 10 years, you could apply to be taxed by this regime within 6 months of arrival into this country. Speak with an expert about this policy, as it can help you reduce your tax payouts for up to 5 years.

As a resident taxpayer in Spain, you are entitled to a number of allowances and deductions that will further help reduce the amount you pay in terms of taxes. Everyone below the age of 65 gets a basic personal allowance of 5,500 Euros a year. This amount is higher for people between the ages of 65 and 75 at 6,700 Euros. People over the age of 75 get a personal allowance of 8,100 Euros.

You can get an additional allowance if you have children under the age of 25 (who are earning less than 8,000 Euros per year) living with you. You can claim:

Furthermore, there is an extra allowance of 2,800 Euros for every child who is under 3 years of age.

You can also claim an additional allowance if you have a parent or grandparent who is earning less than 8,000 Euros a year living with you. The amount is 1,150 Euros for each dependant above the age of 65 years and 2,550 Euros for dependants above 75 years.

To reduce your taxes, other deductions that you can claim are:

• Payments towards the Spanish Social Security system
• Contributions toward the pension fund
• The first 1,500 Euros of dividend interest
• Amounts paid towards purchasing or renovating (restoration only) your main home
• Charitable donations

Many expats check the difference in taxation rates for individuals and couples, as the two are not the same. There is a married couple’s allowance, Declaracion Conjunta, of 3,400 Euros for the second taxpayer, in addition to the general allowance of 5,500 Euros granted to the main taxpayer.

All foreign residents in Spain are strongly advised to speak with a taxation expert, as there are many policies and procedures to keep in mind. Moreover the taxation rates vary according to region and may change at any time. Also, it is not just the income tax laws that apply; you may be liable to pay corporate tax, wealth tax, property tax, capital gains tax, gift tax and inheritance tax, depending on your status. Any errors in the declaration of your assets or income could result in severe penalties.

Have you lived in Spain? Share your experiences in the comments below, or answer the questions here to be featured in an interview!