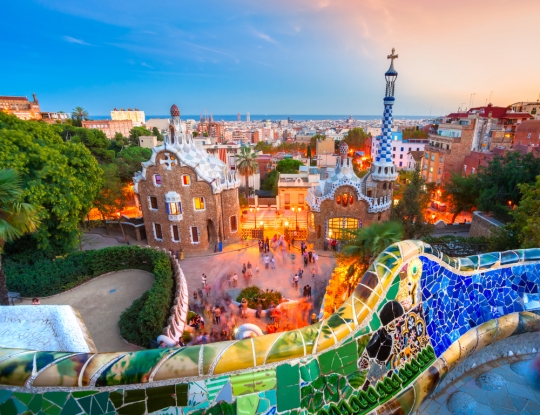 Following the events of last year, many expats have been wondering where they stand in the political situation surrounding the bid for Catalan independence. Expats considering moving to the province in Northeastern Spain for the first time are often confused by the long-running dispute and how this may impact their lives should they make the move.We’ve created this guide on how the political situation in Catalunya might affect you, and have explained the history of Catalan independence, as well as offering some predictions for the future.

The Fight For Catalan Independence

Although recent events may have brought more global attention to it, the Catalan Independence Movement (independentisme català in the regional language) is not a new political movement. The roots of this dispute run deep and date as far back as the 15th Century, with the dream of independence from the rest of Spain being deeply ingrained in the minds of the local people since then. However, the 20th Century seeds of this movement really began in 1922, when the political party of Estat Català was founded by Francesc Macià.

The modern independence movement that has led to the current political climate started to gain momentum in 2010, with widespread protests against the ruling of the Constitutional Court of Spain over the 2006 Statute of Autonomy. These protests lead to renewed cries for Catalan independence, which resulted in symbolic referendums across some 550 municipalities. Over a million people attended a protest about the situation in 2010. A further large-scale protest took place in 2012 on the National Day of Catalunya, which resulted in Artur Mas, the then president, calling a general election. The result was a pro-independence majority for the first time in the history of the region.

Another election was called by Mas in 2015, and whilst the majority of seats was won, the pro-independence party fell short of majority votes. Towards the end of 2015, the new parliament passed a resolution which could declare independence on a “yes” vote with no minimum turnout. That alone resulted in multiple problems coming from opposition parties, who staged various walkouts. In the following year, new president Carles Puigdemont announced a binding referendum on independence that was again declared illegal by the Spanish government but again went ahead, this time in the latter part of 2017. 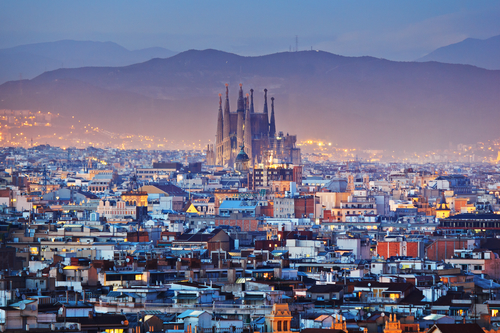 Catalunya's capital, Barcelona, is popular with expats and tourists alike.

Results showed a 90 percent vote in favour of independence, but with a turnout of 43 percent. Based on the results of this vote (which was considered illegal) Carles Puigdemont declared Catalunya independent, but left the matter suspended. The Parliament of Catalunya then voted in a secret ballot and approved a resolution creating an independent Republic. This all culminated in article 155 of the Spanish constitution being triggered, meaning the Catalan government was dismissed and direct rule was imposed from the central government in Madrid.

So What Was The Problem?

Aside from the issue of legality, the other challenge surrounding the bid for Catalan independence was the way the Spanish government handled the situation.

There were widespread reports of police violence, with police seen beating voters and firing rubber bullets into the crowds of protesters.

Whilst undoubtedly unsettling at the height of the protests and during the referendum, the current political situation in Catalunya is tentatively calm, since the Catalan government that orchestrated the referendum was dissolved at the end of last year, and former president Carles Puigdemont currently in exile in Belgium.

“There were occasions where they called a general strike which affected transport, and people that were seen to be working during the strike received some abuse, despite them being foreigners, pro-unionists, or people that didn’t want anything to do with it at all. Other than that, the political situation has not impacted my life here or affected my ability to stay.” – a member of our Expats In Spain Facebook group.

This being said, recent reports suggest that there is a chance that Carles Puigdemont could be re-installed as president of Catalunya whilst still in exile, after a deal between the two major separatist parties of the region. The issue being debated is that to be re-installed, Puigdemont will be required to give a mandatory speech in Parliament. However, since he is wanted by the Spanish government authorities, it will be hard for him to re-enter the country.

You can expect to still see the Senyera Estelada (the Catalan Independence flag) hanging from some balconies and walls, but day to day life is unlikely to be affected at this time or indeed in the foreseeable future. Hypothetically, it is difficult to gauge what sort of impact a Catalonian independence would have for expats living in the region, as there is no specific reference to or focus on the issue within the movement as of yet.

What Would Happen If Catalunya Gained Independence?

As an estimation, an independent Catalunya would be the 34th largest economy in the world, but it’s difficult to accurately predict whether the economy could survive independently of Spain. Whilst Catalunya has an annual gross domestic product of over 200 billion euros – which is the largest of the Spanish regions and even greater than Greece’s – a majority of its goods are supplied by the Spanish state. 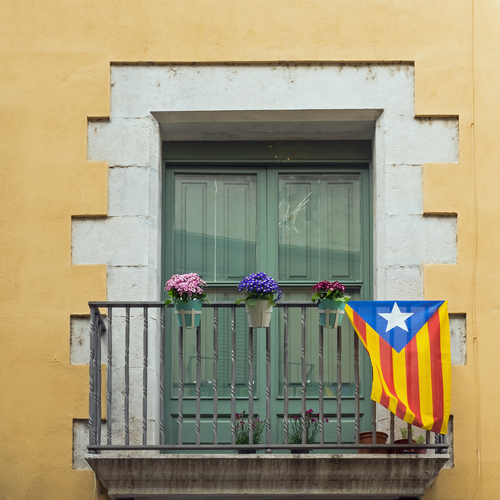 You may see the Catalan flag displayed prominently on balconies and in windows.

For Catalunya to lawfully exit Spain, the Spanish parliament would need to amend the constitution. If an independent Catalan were to join the European Union, all existing EU members would need to agree to this, including Spain. Thus far, the EU has stood firmly on the side of Spanish Prime Minister Mariano Rajoy, and prior to the 2017 referendum, the EU inferred that Catalunya would be would be expelled from the bloc and the shared euro currency.

It is widely anticipated that Catalunya would struggle to garner international recognition of independence if it seceded from Spain. It therefore seems unlikely that the situation will come to a further head in coming years. Hopefully, a compromise can be reached between the region and Spain. However, the burning desire for independence seems almost innate in the Catalan people and may prove (as it has done thus far) to be near impossible for the Spanish government to snuff out completely.

We hope this guide on has given you an insight into how the people of Catalunya view independence and has explained the political situation in enough detail to give you an informed understanding.

If you've lived in Catalunya, share your thoughts in the comments below, or answer the questions here to be featured in an interview!