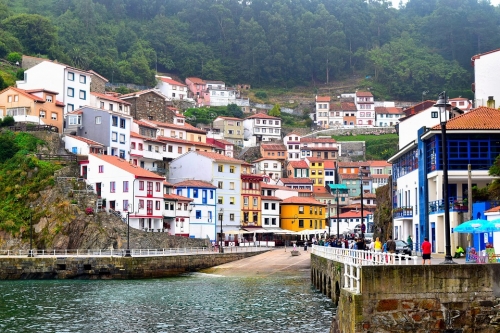 At the end of May this year, the Spanish government updated the rules for companies hiring expat workers in the country. In light of this—and given the complexities of Spanish law for foreigners working in the European Union’s fifth-largest economy—we’ve put together a guide to work permits and employee documentation in Spain.Firstly, citizens of non-EU countries need a work and residence permit to take up a job in Spain. There are some exceptions though, such as for researchers or academics who have been offered posts at Spanish universities. Citizens of any EU country (except Croatia), as well as of Switzerland, Norway, Iceland and Liechtenstein, can work in Spain without applying for a work permit.

There are two basic classes of work permit: one for self-employed individuals or freelancers, and the other for employees. In this article we’ll be focusing on the latter.

The responsibility for filing an application with the Spanish government and getting approval for a foreigner to work in the country lies with the employer, who acts as a sponsor. Once the work permit is obtained, the employee has a month to apply for a Spanish work visa.

According to the latest regulations, which came into force on 29 May 2017, foreign companies that post employees to Spain on a temporary basis have to contact the appropriate labour authority and send a posting notification in electronic form. The employer has to submit details about the company’s identification numbers in Spain, its tax domicile status and details about the posted employees (personal information, duration of posting, services involved).

The new rules also mandate that employers have to provide a designated contact person in Spain who can represent the company in any matter regarding the posting, as well as handling any official communications with the Spanish government.

Additionally, foreign companies temporarily posting workers in the country now have to maintain records (either in digital form or as physical copies at the Spain office) for the following:

Employers also have to maintain copies translated into Spanish of all documents that are in any other language (usually documents that have been issued by authorities in the home country of the foreign worker).

Apart from the basic distinction we talked about earlier (self-employed versus employed by others), there are a number of different types of work permit (each with its own documentation requirements) for foreign workers employed in Spain.

Note that the employer needs to show that the job for which the foreign worker has been employed is either listed by the authorities as having a shortage of workers in Spain, or that no Spanish citizens were able to fill the vacancy after details of the job have been publicly published for at least 25 days. This condition is common to all work permits issued by the Spanish government.

As the name implies, this is a permit issued for seasonal workers, and also for those employed on a temporary basis in sectors such as infrastructure and construction. This permit is valid for nine months, and is only applicable to employees working in Spain for no more than nine months in any 12-month period, following which the worker has to leave Spain.

Additionally, the company has to arrange housing for temporary workers, and ensure that both itself and the employees are registered with the Spanish social security system.

This is the standard work permit for foreign employees in Spain. It is initially valid for up to one year, and can be renewed at the end of the term if the employee still meets all the conditions. These permits also detail the job or field of work, which means that if the worker wants to switch jobs, it has to be in the same field. After the initial one-year period, this restriction is relaxed if the permit is renewed (for a maximum of two years). After five years, the worker can apply for permanent residence.

Permit under the transnational services framework

This permit applies to employees of a company headquartered outside Spain who are temporarily posted to the country. This could be because the employer has a contract with another company operating in Spain, or when the employee is temporarily sent to a Spain-based office of the foreign company they work for, or if the employee is a highly qualified worker and will supervise work that Spain-based firms will perform abroad.

The employee has to have at least one year of experience in their profession in the country of origin, and also has to have worked for at least nine months with the company sending them to Spain.

Non-EU workers categorized as highly qualified (that is, they have a certificate of higher education that takes at least three years to obtain, such as a bachelor’s degree, or they have at least five years of experience working in their specified profession) can apply for an EU Blue Card. This allows them to work freely in the European Union.

A Blue Card holder has to work for at least 18 months in the EU country in which they first applied for the card. After that, they are free to move to another EU member state and take up a job there without applying for a work permit. They will have to reapply for a new Blue Card in the country they move to.

In the Spanish context, this means that any worker who has an EU Blue Card issued in another EU member state and has worked in that country for at least 18 months is eligible to be hired by a company operating in Spain without a work permit. The worker can apply for a fresh Blue Card in Spain.

The conditions of the Blue Card programme include that the highly qualified worker’s salary should be at least 1.5 times the average salary for the specified profession in the EU nation the employee is working in. This restriction is relaxed to 1.2 times the average salary in the case of professions that have been officially classified as having a shortage of workers by the labour authorities in the country. Both of these conditions apply to Blue Card holders looking to work in Spain, in addition to the requirement that the employer has to prove that no Spanish resident was able to occupy the vacancy.

This permit applies to workers living in a country bordering Spain, who are not citizens of any EU member state, who have been offered a job in Spain for which they need to commute between their home in the neighbouring country and the workplace in Spain on a daily basis. The law also specifically states that the foreign employee has to be living in an area of the neighbouring country that lies along the border with Spain. The permit is valid for up to one year, and is renewable, provided the conditions of the worker’s residence and employment do not change.

• A full copy of the employee’s passport
• Certification of the employee’s qualifications/training for the profession, where necessary
• Employment/labour contract
• Proof that the worker is living in an area or province of a neighbouring country that lies along the border with Spain
• The employer’s tax identification number

Process of applying for a work permit

The employer has to fill out the appropriate application form and submit it at the foreigners’ office (Oficina de Extranjeros) in the province where the employee will be posted, or at the General Directorate of Immigration.

It can take up to three months for the work permit to be cleared; the authorities will send a notification to the employer when this is done. After that, the employee has one month to apply for a Spanish visa at the consular office in their home country.

The employee has to submit, along with the visa application and fee, a copy of their passport (valid for at least four months), criminal records from the authorities in all countries the worker has lived in for the previous five years, a medical certificate and a copy of the employment contract in Spain stamped by the appropriate foreigners’ office. If the work permit is a temporary or seasonal permit, the worker will also have to submit a document promising to return to the country after the period of employment in Spain ends. Getting a Spanish work visa can take up to one month.

Once the visa has been issued, the employee has three months to enter Spain and apply for a work and residency card at the foreigners’ office. The office will also issue the person a unique identification number called the NIE (Número de Identidad de Extranjero). This number will be mentioned on the residency card and is needed for foreigners to file taxes in Spain and open accounts at local banks.

Have you worked in Spain? Share your experiences in the comments below, or answer the questions here to be featured in an interview!