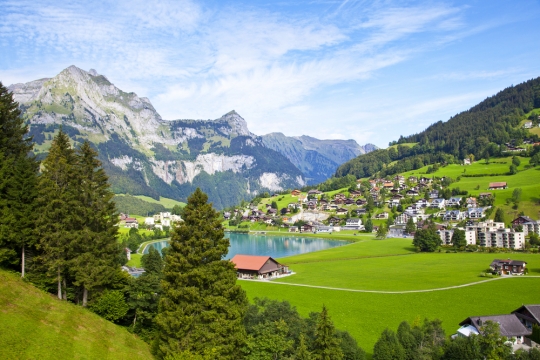 Switzerland has a worldwide reputation for low taxation but in reality, residents pay a wide and varied range of taxes. The key to it all will be whereabouts in the country you choose to live.The Constitution of Switzerland sets out the extent to which citizens can be taxed, and citizens are asked to vote for constitutional amendments when an important aspect of taxation law needs to be changed. The key principle behind Swiss taxation law is that taxation should be fair; the rules apply equally to all, but the amounts you pay should be proportionate to your ability to pay.

Who Is Classed As A Taxpayer?

You will become a Swiss taxpayer if you live and work in Switzerland for 30 days. This is delayed to 90 days if you are living in the country without working.

All worldwide income and assets are used to determine your tax bill in Switzerland. However, double taxation treaties have been agreed with a large number of countries, and further reductions will be allowed in respect of income and asset values of overseas businesses or real estate.

There are some non-residents who have to pay tax on their income and assets derived from Switzerland. This would normally include transient workers, such as musicians working in Switzerland for a short time.

If you have settled in Switzerland and aren’t working, you can opt to pay a set amount of tax, rather than have your income and assets assessed at the normal rates. The amount you will pay, and the basis of the calculation, will depend on the Canton in which you reside. This method of taxation is usually advantageous to wealthy expats who aren’t working in Switzerland but who receive income and asset wealth from outside the country.

How to Get Taxed

The income and assets of spouses are pooled and taxed jointly. If there is a great difference between what each of you earns, this is advantageous. You will also receive tax adjustments for each child.

Meanwhile, anyone exempt from taking part in military service will be due to pay an additional tax charge, as will anyone declaring themselves as protestant or Roman Catholic church members.

Workers who earn below an annual income threshold, set for individuals and couples, do not pay income tax on their earnings. Above that, the percentage of your pay that is due for federal income tax will depend on how much you earn. The more you earn, the higher the percentage rate applied.

The income tax rates applied by Canton will vary enormously, so check this carefully before you settle in Switzerland as the area you live in will make a great difference to your disposable income.

If you are working in Switzerland, your employer will deduct your income tax when paying your salary. However, you can get help working out your household tax bill by using the official tax calculator on the federal tax administration website or on your local Canton’s website.

The extent to which you pay capital gains tax will again depend on the area in which you live. Private property capital gains are normally free of tax, but some Cantons apply capital gains on real estate. Sometimes, you can deduct relevant expenses before working out the tax due. Social security, pension fund payments, alimony and the maintenance of real estate are some common acceptable expenses.

If you receive a gift or an inheritance, you don’t have to pay income tax on it, but you may be required to pay another tax by your local Canton.

You will also pay your Canton an annual property tax. Your net worth is calculated by adding all real estate, shares and other assets, then deducting relevant debts such as mortgages. A small percentage of the net wealth figure will then be applied according to the rates used by the Canon in which you live. This is the amount you will pay.

Owners and shareholders of businesses in Switzerland are taxed individually on their income and asset wealth, even if they live abroad. However, to avoid double taxation issues, tax exemption applies if the business or real estate is located overseas.

The amount of profit tax payable will be based on the net profit of the business accounts. However, this net profit figure may be adjusted for tax calculation purposes if it is believed that some deductions have been incurred with the aim of tax reduction. In addition, businesses which borrow a lot of money in relation to their owners’ capital cannot deem debt payments as an eligible expense for tax purposes. Once the net profit figure is known, there will be a tax rate applied. The federal rate will apply nationally, but each Canton applies their own rates for the Canton element of the profit tax charge.

There are a number of legal provisions which can reduce the profit tax liability of a business. The aim is to avoid issues with double taxation, but this has contributed to Switzerland’s reputation for being a tax haven. The provisions include reductions for significant investment in other businesses, exemptions for holding companies, and reductions for Swiss-registered companies whose business occurs overseas. The impact on tax calculations can be significant and is an area for specialist tax advice.

There are also tax calculations due in respect to the equity of the business. Again, the location of the business will determine the Canton charge and therefore the rate applied.

Whilst Value Added Tax (VAT) brings in a significant source of funding for the federal state, VAT rates are much lower in Switzerland than in many other European countries. The VAT is due from the seller of good and services, although in reality the customer pays this as part of the selling price.

The general VAT rate applied is eight percent. However, essential goods such as basic food and medications are subject to a reduced rate of 2.5 percent. Some goods and services, particularly those delivered as part of an essential service rather than business activity, are exempt from VAT.

When you buy insurance, a specific insurance tax will be applied. The amount will vary, but it is lower than the standard rate of VAT.

Additional tariffs can also be applied for a range of products and services, imported and produced domestically. These normally include cars, oil, alcohol, tobacco, and gambling services.

Some forms of income incur a federal withholding tax, at a rate of 35 percent. The party making the payment will withhold the tax due and pay it directly to the tax authorities, whilst the remaining 65 percent is paid to the recipient. Examples of where this tax applies include:

If you are making investments in stocks and shares, further tax payments will be due. Aside from certain important exceptions, such as company restructuring, the issue tax of one percent is due on the issue of securities. These include shares and bonds. This is also applied to the trade in shell companies.

When a qualified trader – such as a stockbroker – trades securities, a transfer tax becomes due. The rate applied depends on the nature of the traded securities.

Keeping On Top Of Tax In Switzerland

If your financial affairs in Switzerland are straightforward, then your tax can be worked out without too much effort. However, as an expat you are likely to have a more complex financial situation, and so be subject to numerous different tax rules. In these cases, the services of a tax expert are worth the investment.

Whatever you do, don’t ignore tax. This can have an impact on your financial situation and affect the amount of money your beneficiaries receive after your death. Even in Switzerland, with its reputation for low taxes, ignored bills will quickly add up.

Have you lived in Switzerland? Share your experiences in the comments below, or answer the questions here to be featured in an interview!