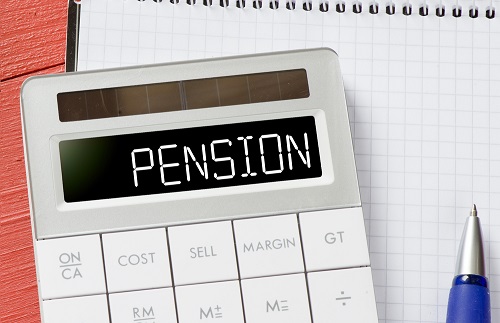 Covid-19 has caused the UK Government to re-examine pension finances and to roll out certain reforms. These types of reforms, aimed at reducing costs, were inevitable in most European economies. In this article, we will look at four key topics:

UK pensions is an area of law that never stops changing, and of course, there are implications for expatriates. Indeed, new pension laws often have a major impact on personal finances.

The UK Government has abandoned the triple lock method for the 2022/23 tax year. This method calculates not only the level of pension pay-out to Brits in the UK, but also the pay-out to British expats right across the EU and elsewhere.

Under the triple lock, the UK Government had agreed (under the Cameron/Clegg coalition) that the state pension would be increased annually by the highest of consumer prices, the average wage increase, and 2.5%.

This triple lock formula has been amended for 2022/23. The method of increase for the state pension will be restricted to 2.5% or the rate of inflation, whichever is higher. This is a cost-saving measure by the Government, designed to control their pensions budget. Of course, most governments on the planet are seeking similar solutions.

The UK annualised rate of inflation was 4.2% in October 2021, which is a ten-year high. This may or may not have been contemplated when the above changes were mooted in early 2021. If inflation rates continue at this level, that will distort the UK’s cost of state pensions. In other words, the pensions bill will still rise significantly.

The UK Chancellor Mr Rishi Sunak announced in March this year that the lifetime allowance would be frozen for the next five years. This is quite significant, so let’s examine the detail.

The lifetime allowance is now frozen, which over the next five years will bring more taxpayers into tax, i.e. more funds into the higher tax bracket. So, where is the upside? Unfortunately, there is no major positive to these charges. However, there is better news for expats in relation to their QROPs.

It has been expected for the last year or two that the UK Government would abolish the QROPS as a tax efficient vehicle. This did not happen, which, for the time-being at least, is great for expat pension planning.

The QROPS is a qualifying recognised overseas pension scheme, and astonishingly, these schemes currently hold £12bn of British expat monies. There are over 130,000 Brits taking part in QROPS.

The takeaway point on QROPS is, therefore, that if you are a British expat (or planning to become one), it is worth tracking the value of your pension pot now. If it is near to the lifetime allowance and you are planning to move it to a QROPS, there is a risk of an excess tax charge. Some tax planning may be needed.

Second homes in the UK

It is very common for British expats (and other nationals) to own property in the UK, while residing in other countries. Many clients tell me that they were nervous about saving all their monies with pension providers. They instead retained some capital in UK property, which could generate a rental income.

The non-resident capital gains tax (NRCGT) rules were implemented in 2015, meaning that non-resident expats can suffer UK capital gains tax (CGT) when selling UK residential property that is not their first home. This was not immediately an issue in 2015/2016, but as the years have elapsed, the potential for larger taxable gains has increased.

The key message for expats in relation to UK second homes is that the sale of these properties can now easily trigger capital gains tax, so it may be worth getting in touch with an expatriate tax expert.