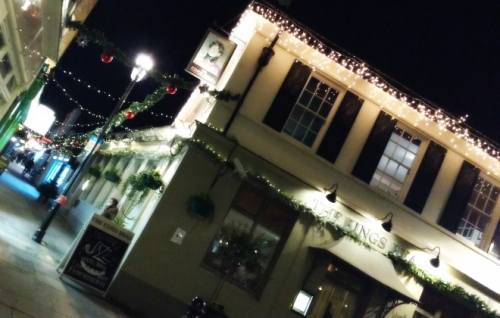 People often call London a mini New York. It is the British version of the city of dreams and it truly does make those big dreams become a reality. This is one of the reasons many Londoners love this wonderful, diverse and fresh city. If anything new or innovative is going to happen, London is going to be the first place to do it. Whilst many people reside here permanently, London also sees millions of tourists each year, all of whom want to experience a piece of the British lifestyle.However, moving to London means taking into account many cost considerations. The city can often put a big financial strain on residents. Here is a brief guide to some of the costs you can expect when you move to London.

One of the biggest factors to consider when moving to London is the price of properties. Whether you are going to be buying or renting, the prices in London are the highest in the whole of England. Property prices can vary depending on the location in London. For example, a one-bedroom flat in Zone 1 could cost from £600,000 to £6,000,000 for a 3-bedroom place. It entirely depends on the area and what the place offers (i.e. scenic views, multiple bathrooms).

Searching further out to Zone 3, the prices get a little cheaper but not a great deal. For example, moving to an area like East Ham or Forest Gate, a one-bedroom flat would be priced at £300,000-£400,000. Often first-time buyers struggle to buy in London as it requires at least a 10% deposit to secure the house. This would also only be on the basis that the buyer was able to successfully take out a mortgage for the rest of the property value, which would come with a large sum to pay every month.

Renting is therefore generally the most suitable option for new London residents, but again, it is far from affordable. One-bedroom properties for rent in Zone 1 often cost £1500-£2000 per month, which is an entire wage packet for many London residents. Often, residents will decide to live in a house share, as it works out cheaper and is easier to secure a property with more rooms at a lower cost. Zone 1 house shares vary but are priced around £700-£1,000 per month for a room. Suitable house shares can be found on websites such as Spare Room, Room Buddies or Easy Roommate.

If London prices are not an option, commuting from surrounding areas is a possible alternative. Many expats have found themselves relocating to nearby towns and cities such as Oxford, Aylesbury, High Wycombe, or Brighton and taking the train or coach in to work every day. Travel time can be over an hour, but it can take just as long to get from one side of London to the other by tube. One expat found herself in a much more comfortable position, where she was able to rent an entire two-bedroom unfurnished property in Bicester for the same price as she paid for a double room in Zone 1, as a part of a house share. Travel prices are rising as well though, so it is worth checking whether the price of commuting will actually save you anything if you do decide to live outside the capital.

Understandably, if the cost of rental and property ownership in London is high, the general cost of living is going to follow the same trend. Taking the London underground is the easiest way of getting around, as there are 11 tube lines that have 270 tube stations across London making almost every destination walking distance from a tube station. Buses are a commonly used mode of transport too, but can be much slower during rush hour.

Purchasing an Oyster card and topping it up with a weekly or monthly travel card is the most cost effective method if you are travelling on public transport every day. Oyster cards can be purchased at tube stations for a deposit of £5 and allow unlimited travel on all London underground tubes, overground trains, and buses. If travel is required through all the zones in London, it can cost around £320 for a monthly travel card, but many residents just travel between Zones 1-2 or Zones 1-3 which brings the cost down to £130-£150 a month. People do not often drive in central London from Monday-Friday, as this incurs a congestion charge fee of £10 per day and the traffic is very heavy.

Many people cycle in London too. There is an office bicycle rental scheme operating across the capital, sponsored by Santander. Hiring a bicycle starts at £2 and you can pay with your credit or debit card at a machine next to the bicycle stands, which are dotted around the city. Find out more and locate your nearest bicycle rental area on the TfL website.

Cost of Food and Entertainment

London is known to be much more expensive than other major cities in England. For example, dining in a restaurant can cost you at least 15% more in London compared to Manchester, based on the same meal, drink and service charge. Buying a domestic beer in restaurant will cost £4.50 but further up north only cost £3.50. An average three-course meal will cost you between £50-60 in London, but only £30-40 in Manchester.

Simple necessities found in supermarkets are also much more expensive in London. A dozen eggs will cost £2.20 in a London supermarket but only £1.80 in a Manchester supermarket. Small differences like this can quickly add up when you’re doing your grocery shopping!

A night out at the cinema will usually cost between £12-14 for an adult ticket in London, whereas in Manchester it will cost £8.50. Cocktails in a bar will often cost between £10-20 per cocktail in central London, although it is sometimes possible to find deals that bring the price lower.

Gym memberships cost much more in London too. Budget gyms such as Gym Group and Pure Gym are generally around £25.99 per month in London, whereas further north the prices can drop as low as £12.99. For an example of a more upmarket option, Virgin Active in Central London will cost £140 per month if you want the ability to use their gyms across the country, or £94 per month for just one gym, plus a £50 joining fee for a 12-month membership. In branches in Manchester, the same membership giving access to other gyms around the UK costs £59 per month with a £20 joining fee.

Living in London has it perks, because it offers cultural diversity and a wealth of interesting experiences. There are many job opportunities and a wide variety of them are well-paid to reflect the cost of living, but even this is not always enough. It is therefore advisable to think carefully about financial planning before you decide to move to London.

Have you lived in London? How did you find the cost of living? Do you have any tips for finding bargains? Let us know in the comments!