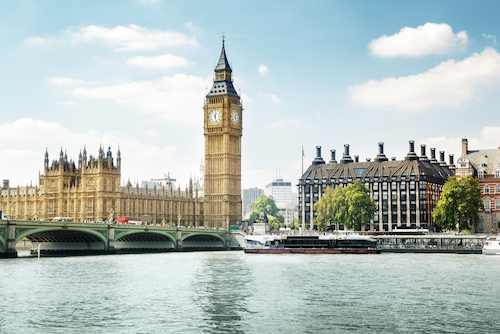 The answer to “How can I live comfortably in the capital on a budget?” might, at first glance, be “Buy a tent!” This is not as far-fetched as it seems, given the numbers of people living alongside the footpaths of Regent’s Canal and elsewhere in the heart of London. We’re going to be looking at a few possibilities when it comes to saving money and living as cheaply as you can in the city. ‘Budget’ and ‘comfort’ are both relative terms, so let’s assume that you’re just starting out in the capital and are new to town.One of the top-ranking articles on Google relating to this issue is titled ‘How to Live in London on £40 a Day’. That means an absolute bare minimum of £1,200 a month, which includes somewhere to live.

Your biggest cost will be, of course, accommodation. London rents are very high; there’s no getting around this. Some new residents have adopted creative ways of dealing with this, from flat sharing on the edges of town, to renting barges and boats. A shared room will cost you upward of £500 per month and that’s likely to be pretty basic, although you could get lucky. Do some research into rents – check out ‘up and coming’ areas as well as less popular neighbourhoods. A lot of Londoners rent out spare rooms to make ends meet.

The Londonist has created a helpful – if depressing – ‘tube map’ to show you where you can afford to buy depending on your level of salary. The results are not encouraging unless you’re looking at retirement homes and even then, they’re limited.

If you’re a student, check out whether you get exemptions for council tax.

Transport is also a factor; if you’re living on the outskirts of the capital, you’re more likely to get value for money in terms of your accommodation, but on the other hand, you’ll be spending more on travelling into the city for work, assuming you’re working centrally. Take a look at travel cards (get an Oyster card) and work out what’s most economical for you – or cycle. Actor Ralph Fiennes cycles around London – if it’s good enough for Lord Voldemort, it’s good enough for you! Plus there are some lovely cycle paths in the city.

Our earlier suggestion of living on a boat wasn’t facetious. The Canal and River Trust reported in 2018 that “the current popularity of London’s canals is unprecedented.”

It’s substantially cheaper to rent a boat than a flat and around 15,000 Londoners have taken this option, some to get a foot on the property ladder and some as a lifestyle choice. However, these people are now facing stiff mooring fees (up to £12K per annum) which are now rendering this option financially unviable as well. Some of those boats are also not structurally safe, with exploitative landlords refusing to undertake necessary repairs, and stories of rat infestations along the canal banks.

In addition to board and travel, you’re obviously going to have to eat, and would presumably like some kind of a social life. When it comes to buying groceries, you have an advantage over many areas of the country; it’s easier to buy food cheaply in London than it is in many rural villages which either have no shop, an expensive one, or one with limited choice.

In the capital, you have a plethora of shops which represent various ethnic communities and which have a superb range of vegetables and other items. Jams, cheese and smoked meat, to name a few examples, tend to be much cheaper in Polish grocery stores than they are in mainstream supermarkets – and such places are more fun to shop in, too.

Budget supermarkets such as Aldi and Lidl don’t necessarily mean that the quality is poorer; in fact, many restaurants buy vegetables from Lidl as they are actually fresher than in some of the other supermarkets, as well as being cheaper. Don’t forget to look into supermarket loyalty cards to find out how they can save you money, as well as checking out own-brands and the ‘reduced to clear’ section. Don’t be fussy: sell-by dates are a guideline, not an absolute.

Entertaining is, however, more expensive if you’re intending to eat out a lot, although, again, choosing some of the more out of the way restaurants can be of benefit. Avoid those that show up in city listings or restaurant review columns, and you’ll find that prices are often no more than they are in other parts of the country. Pub prices tend to be more expensive, though; the cost of a glass of wine outside the chain pubs (and even in them) can result in eye-watering reactions from your out-of-town friends. However, look around. The author of the ActingInLondon blog managed to get a bottle of wine at a pub in Beckenham for £8.50 – between a couple of people, that’s not bad value. Wetherspoons and pubs owned by Greene King can be a lot cheaper, too.

Entertaining at home in London doesn’t have to cost more than anywhere else as long as you don’t do your meal or booze shopping at the nearest high-end supermarket. Check out local takeaway offers and discount/deal nights at local places. You could even become a mystery diner and eat for free!

London has free museums, street events and even films – take a look at secretldn.com for a list of fun things to do on a budget. Events such as the East End Film Festival have free screenings, or ‘films for food’ where you can gain entry by swapping a food item for your ticket. Find out how to get standby tickets for theatres, and if you’re eligible for any discounts.

Gym memberships can be pricey, but other exercise is free in the capital. Walking is a pleasure in London, which has some of the greenest parks of any city in Europe. Canal-side walks mean it’s possible to cross a lot of the central part of the city without plodding down too many urban pavements.

And don’t forget to join your local library, not just for books, but for DVDs too.