Lonely In London? You’re Not Alone. 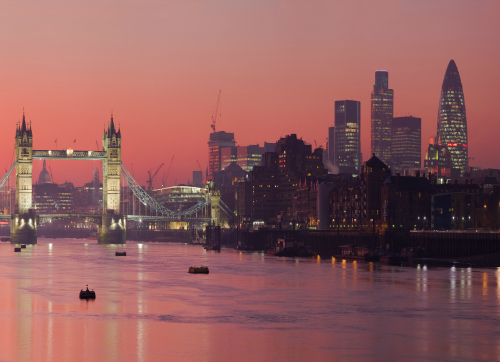 Moving abroad is a brilliant way to immerse yourself in a new culture and give your life a makeover. Many expats decide to make the move for reasons related to their careers, perhaps being relocated by their companies, or to set up their own business in a place where the overheads are lower than they would have been at home. Others move to retire, to provide a higher standard of education for their children, or simply for a change of scenery.For many, moving abroad is an exciting journey that opens up a whole range of new possibilities and experiences. But it’s not all straightforward right from the beginning.

In 2012, a joint study by Chestnut Global Partners and the Truman Group [1] found that expats are more at risk of suffering mental health problems than the general population, with 50% being likely to internalise problems such as anxiety and depression. Often, the researchers found, culture shock and a change in workload prompt feelings of inadequacy and failure, which in turn can lead to drastic consequences.

The 2011 Global Relocation Trends Survey [2] noted a similar worrying tendency, with challenges around family life topping the list of stressors. Expats who had moved abroad with a partner who initially resisted the move, or whose other family members were finding it difficult to adjust – children fitting in at school, for instance – were more likely to find expat life increasingly challenging.

Focusing on the US alone, three times as many American expats expressed feelings of being trapped or depressed than their US-based counterparts, and twice as many reported feeling frequently anxious or nervous [3].

Of course, in some ways this comes as no great surprise. Whilst moving abroad can be a wonderful experience, it is nonetheless a huge life change, and the potential for stress and difficulty is high. Indeed, the World Health Organization cites mental disorders as the leading cause of illness among travellers [4].

So what can be done to help expats adjust to their new lives abroad?

There are many things expats can do to try to help themselves to settle in better, from joining community groups to volunteering for local charities. Keeping in touch with friends and family back home has never been easier, thanks to the growing popularity of video call services and free messaging applications. Still, the newly expat life can be a lonely one, even if you have your immediate family around for company.

London, England’s capital city, is a thriving and vibrant expat destination. With over 500,000 work and study visas granted by the UK government in 2014 – a 37% increase on the previous year’s figures [5] – the UK in general, and the cosmopolitan city of London in particular, are on many expats’ wish lists.

Moving to London brings its own unique challenges, though. There are many options available for people who want to meet up with fellow expats, and groups focusing on interests and pastimes from chess to cheese-tasting. But the sheer price of living in England’s capital is so high, and the pace of life so fast, that it often tops surveys of stress levels.

The Office of National Statistics’ 2012/13 survey, for example, demonstrated a UK average of 38.5% of people with high reported anxiety, 28% with low happiness, and 23% with low life satisfaction. In London, these percentages were higher, coming in at 41%, 30% and 26% respectively [6].

The Central London branch of Samaritans, the largest and busiest branch in the country, received over 100,000 calls for help in 2014. Interactions are not recorded due to confidentiality requirements, but it is safe to assume that a fair percentage of the calls, emails and face-to-face meetings provided would have been to expats.

The charity was founded in 1953 by Chad Varah, a vicar at St. Stephen Parish, although it currently has no religious connections. While many people believe the Samaritans’ helpline to be a final cry for help for those who are contemplating suicide, the volunteers deal with calls about all areas of mental health, as well as from people who are feeling alone and just need someone to talk to for a while.

Suicide does have a central role in Samaritans’ stated goals, however: their main vision is to help create a world in which fewer people die by suicide. Whether that means talking to people who feel as if they want to take their own life imminently, or discussing life’s challenges and stressors at an earlier stage to prevent people from reaching suicidal ideation, Samaritans is a port of call for expats and native UK residents alike.

In 2014, Expat Focus ran an event to raise money for the Central London Samaritans, and we will be doing the same over the next few months.

December is a particularly busy time for Samaritans, and to raise the money they need in order to keep running, each year Samaritans encourage local businesses to support their work through the ‘Donate a Day’ campaign. This means pledging £1,250 – the running costs of a single day at the Central London branch – to help them stay open.

If you would like to donate a day, or if you would be interested in making a donation of any size, please contact Rob Clarke, Fundraising Manager at Central London Samaritans at r.clarke@cls.org.uk or on 07815182516.

If you are struggling to cope and would like to talk, you can call Samaritans free of charge on 116 123 or email jo@samaritans.org for confidential support.

Keep an eye on the Expat Focus site, as well as on our social media channels, for news of upcoming events in support of the Samaritans. And if you have any ideas or fundraising thoughts, let us know in the comments or by emailing scar@expatfocus.com.