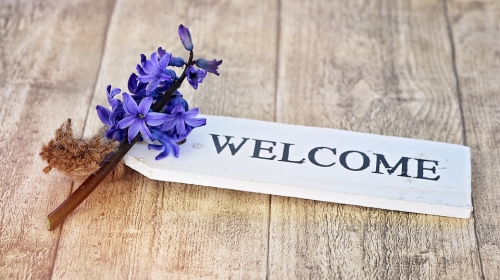 The UK has a long tradition of immigration. Many argue that the island is a nation of immigrants, its character and culture shaped by successive waves of migrants from pre-Roman times to the modern day. Their contribution to Britain’s history, culture, and landscape cannot be ignored.But the UK also has a long tradition of suspicion towards immigrants. For centuries, they have provided convenient scapegoats for local and national problems, often leading to discrimination and persecution.

Recent years have seen immigration become a fiercely contested topic. It has become a driving force in political debate, both in parliament and in the home. It affects the country’s foreign policy and diplomatic relations, as well as business and industry.

Opinions about immigration divide families and communities. While many in the UK celebrate the diversity of the population and the contribution of expats who have chosen to call their country home, there are large sections of the population who are concerned about high levels of migration, and would like to see numbers curbed.

It cannot be ignored that immigration to the UK is at historically high levels. The number of foreign-born people in the country has doubled since 1993 to over 8 million, making up around 13.5% of the population.

For many, this is unacceptable. Support for immigration control is high, with the Brexit rallying cry to ‘take back control’ speaking to many British natives who worry about the impact of immigration on their local communities, job security, and way of life. Immigrants have become the scapegoat for problems as diverse as the struggling NHS, low wages, rising anti-social behaviour, and overtaxed transport networks.

This rhetoric has caused many immigrants to feel their presence in the UK is unwanted. For those who have not yet arrived in the UK, it is easy to see how they might feel unwelcome, even before setting foot in the country.

The current Conservative government have made no secret of their anti-immigration stance, coming into office with a promise to reduce net immigration to the tens of thousands. Unable to target immigrants from the EU, policy has been designed instead to crack down on expats from further afield. They have done this in two ways.

First, the cost of visa applications is rising. In 2016, a general increase across the board raised most visa prices by two per cent. For families and those seeking permanent residency, however, the damage was much more significant, with an astonishing 25% increase.

In addition to application fees, the introduction of the Immigration Health Surcharge (IHS) has had a significant impact on the expense of applying for a visa. Applicants must now pay an additional upfront cost of GBP£200 per year of their visa, or GBP£150 for students.

Second, successive alterations to visa rules have tightened regulations, or scrapped visa categories altogether, reducing the number of people who are eligible to apply. Most of these also have a financial element, introducing higher minimum wages for Tier Two visas, an income requirement for family visas, and a minimum income for Tier Two visa holders looking to apply for permanent residency.

Students are also under fire, with the post-study work visa scrapped in 2012. Further, there have been threats to students’ right to work in the UK, a move which would effectively create yet another financial hurdle for those seeking to study in the UK. The universities, as well as some members of the conservative party, are fighting back against such restrictions, but numbers of international students have nevertheless fallen in the past year.

Expats from the EU, meanwhile, are under increasing pressure in the wake of the Brexit vote, and the subsequent triggering of Article 50. The government’s refusal to guarantee the future residency rights of EU nationals already living in the UK has left many unsure of their future.

Applications for permanent residency from EU citizens have risen to an all-time high, but they are subject to the same restrictions as non-EU applicants, and not all are successful. Some long-term residents have instead been advised to prepare to leave the country.

It is easy to see why expats might feel unwelcome before they’ve even arrived. But for expats with the right background, sufficient funds, and enough determination to jump through all the hoops, is the UK a welcoming place?

According to a survey conducted by InterNations prior to the referendum result, 70% of expats in the UK felt that the local population were generally friendly, with 63% saying that they felt the general attitude towards foreigners was positive.

A spike in hate crimes following the vote, however, has caused dismay and fear amongst expat populations. Record numbers of Polish and Eastern European residents have chosen to return to their home countries permanently.

While some blame the move on increased levels of xenophobia, others have stated that they are confident of the support of British friends. Uncertainty about their future in Britain, and the high cost of living in the UK are common influencing factors.

Further, calls for immigrants to ‘go home’ are not uncommon. Even the government has gotten in on the act, with the infamous ‘go home’ vans parading through ethnically diverse communities in London. Ostensibly aimed at illegal immigrants, the vans were quickly scrapped following public outcry, as well as their admitted ineffectiveness at achieving their goal.

There is no clear answer, and whether or not immigrants find a warm welcome in the UK seems to depend very much on where they come from, and where they choose to settle in the UK.

What has been your experience as an expat in the UK? Share your thoughts in the comments, or fill in the questions here to be featured in an interview!