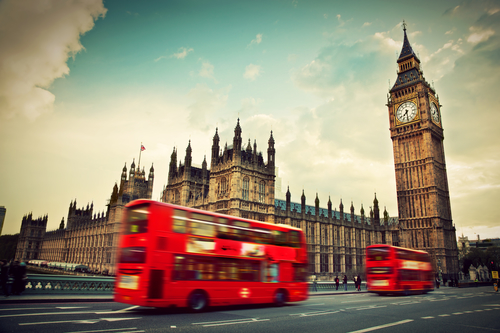 I was born and raised in Australia, in a small town called Thornton just north of Sydney. The Great Southern Land is the envy of many for its warm weather, wide open spaces and abundance of possibility but it has its downsides too, one of those being isolation. Being so far from the rest of the world makes it time consuming and expensive to travel, so for a long time Australia was all that I knew. My parents took my brother and I on a couple of trips to Thailand when we were kids but Southern Asia was as far as I’d been.

At the age of 20 I decided it was time to spread my wings and venture further afield. I’d dreamt of adventure for as long as I could remember. Stories like Robinson Crusoe and The Famous Five had a big influence on me, so when the idea of venturing into the big wide world began formulating in my mind it didn’t take long for it to become a full blown plan. I’d travel across Europe for a few months and then settle in London for a while. I began saving, got my UK visa, and it was all I could think about for an entire year.After that year it was time to stop dreaming and get the ball rolling! I needed to book my seat on the flying carriage that would whisk me away to the adventures I’d been dreaming of, thousands of miles from everything and everyone I’d ever known.

Naturally I started to panic. When previously my heart had pounded with excitement at the prospect of this epic journey, it now pounded in fear. It was all well and good in theory but I knew once the flight was booked there was no backing out, it was actually happening! I don’t blame myself for panicking. The point of this story isn’t how scared I was, it’s that despite the fear I did it anyway.

It wasn’t until I’d boarded the plane and had nothing else to do or think about that I felt myself begin to relax. Until that moment it had remained in the back of my mind that a spanner could be thrown in the works at any moment and prevent this from going ahead… we might get stuck in bad traffic and miss the flight, I might trip and break my leg. Sitting here now 5 years later I smile with happiness that nothing hindered me and I made it smoothly onto the big metal tube that carried me to my new life, but in all honesty I was secretly hoping something out of my control would happen so that I could stay in my safe little comfort zone because I was terrified!

Fast forward a few days and my perspective had completely shifted. I realised that the other side of Earth isn’t the moon – there is food and water here, the people and the culture are not all that different to home and I’m totally capable of working things out on my own. With that new found confidence everything became exciting and I started to feel incredibly proud of myself and so glad I hadn’t let fear get the better of me and thrown it all away.

My three-month trip through Europe was amazing, it taught me so much. Prior to leaving I’d always been quite a self-conscious person, but by the end of it the confidence I had within myself and in my capabilities was through the roof! It was short-lived though because once I arrived in London I was terrified all over again. I needed to find a place to live, a job, set up a bank account and time was of the essence. On top of that I didn’t know anyone and I had never lived in a city before let alone one as big as London, I was petrified.

Big city life would prove challenging for this small town girl. The first three months were very hard. It was cold, wet, crazy busy, expensive and everything was alien. I felt overwhelmed with the long ‘to do’ list that comes with starting a new life from scratch (without Mum’s guidance!) and I was scared to venture too far in case I got lost. But fast forward twelve weeks and I was on my feet, albeit a bit wobbly. I’d moved into my new London home, landed a well-paid job and made a few new friends. I was still scared, but the hardest part was taken care of so I knew I was going to be ok. 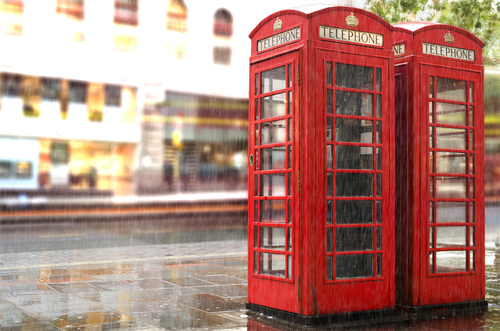 The difference in climate can be a challenge

It was at least six months before I began really loving my time here in England’s busy capital. The fact that I arrived in October and six months later the weather was warming up may have had something to do with that! But whatever sparked it, once I started to like London just a little bit I was hit with a huge surge of love for the city. The rain became endearing, the silence of locals and being squashed in like sardines on the tube became funny, and the high cost of living became part of a package which I was very happy to be receiving.

Since then I have grown to love London so much that the thought of leaving pains me, it truly is a different world here but I’ve noticed that the differences to home are what I love the most. There’s a buzz in the air here that doesn’t exist where I come from: I suppose rural Australia is well known for its laid-back vibe, whereas London is exactly the opposite! in fact the contrast couldn’t be more obvious.

People often ask if I miss home and my answer is always the same, Of course I do! I miss being in warm weather for 350 days of the year, I miss the feeling of sun kissed skin and salty hair after a day at the beach. I miss my loved ones, friendly locals, camping, and being surrounded by nature. But what I don’t miss is the monotonous lifestyle, i.e. eating out at the same places, seeing the same people, and doing the same things. I’ll be ready for it one day but I’m not there yet.

I still have a hunger for wild things, for adventure and freedom and I know that hunger needs satisfying before I can be happy in the next chapter, the one where I’ll be surrounded by the familiar and routine will be the norm. For now though London is just the right dish. 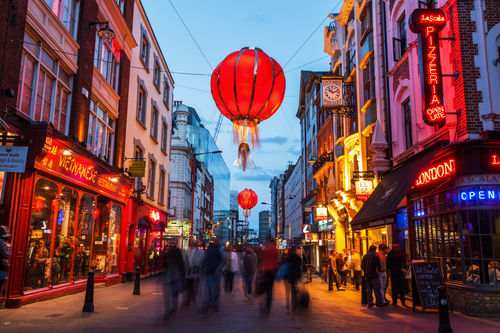 Life abroad is hard, but take my advice and give it a real shot before deciding it’s not for you because it’s difficult for everyone in the early stages. Make sure you really get to know the place before giving up on it, it’s no good spending every day inside watching movies and then six months later saying “I don’t like it here.” How do you know you if you haven’t experienced it? I’d be lying if I said it’s all easy breezy now: even after five years I still have the occasional tough day. It’s important in those moments to remind yourself why you came, how much you’ve achieved, and most importantly that it’s not forever. It’s ok to have bad days, but the key word is occasionally! This is a once in a lifetime thing and if you spend it being gloomy you’ll regret it one day.

The hardest part? I’ve seen my parents six times in five years, my friends even less. I missed my best friend’s wedding and the birth of her first child, and that is by far the toughest element of this gig. But would I give it up? All the memories I’ve made and the person I’ve become, to be present on a handful of significant days? I know the answer to that question is no. If it was yes I wouldn’t still be here. Plus, the hard parts don’t come close in comparison to the good parts!

These days instead of being scared to leave my comfort zone, I’m scared of staying in it! That decision to book the flight turned me into a whole new person and the very thought of either remaining in or returning pre-emptively to my little home town where the electric vibe London possesses is non-existent, makes me shudder. What would I be doing now? Who would I be? No doubt I’d have it all together and maybe I’d be happy, but I know for sure I wouldn’t be the fierce, confident, mature, compassionate, ambitious woman who’s writing this. Becoming an expat is the best thing I ever did!

If I could say just one thing to anyone who is thinking of moving abroad it would be this. Be brave, have faith in yourself and do it. Take my word for it, it’s the best thing you’ll ever do. As I said, it’s scary at first but nothing worth having comes easy and there’s no hurdle that you can’t get over. If I can do it so can you!