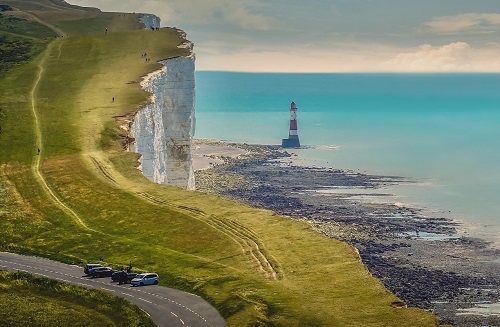 A yearly survey of 40 financial hubs has revealed that the United Kingdom continues to be the most expensive country for expat assignments. This is the case even considering the fall in the pound’s value following the Brexit referendum. This was something that emerged in the latest MyExpatriate Market Pay Survey by ECA International.When taking into account the expenses involved in an expat package, companies must consider important elements such as utilities, cash salary, transport, accommodation, international schooling, and tax. ECA’s annual survey helps companies relocate their staff after examining their packages in terms of the market. The survey examines pay levels for expats across the world, and includes allowances, benefits, tax and salary calculation. The current year’s survey indicates that the drop in the sterling value against the dollar had caused it to become cheaper this year to send expats to the United Kingdom. The typical package for a middle manager fell to $384,400 a year.

Steven Kilfedder, Production Manager at ECA, maintains that the total expense of an expat package in the United Kingdom has dropped by 11 percent in US dollars in the last two years, primarily on account of a falling pound against the US dollar, leading to the UK becoming cheaper. The typical expat salary for a middle manager has risen by 3 percent during this period.

But the report goes on to specify that personal taxation rates in the UK, which are among the highest internationally, increase the cost of expat assignments along with the rising costs of benefits like accommodation and utilities. In an expat package, taxation is the most costly element in the UK. If tax is not considered, the UK fails to make it to the list of the five most expensive destinations internationally. The costs involved in offering benefits are also high, and at approximately double the salary factor, because of high expat rental accommodation rates.

In other findings, France emerged in sixth place in the international rankings in 2017 with the expense to companies of an average expat package for middle managers now at $264,500. There has been a drop in France by 16 percent compared to the dollar over the last couple of years as the euro has declined. In Germany, expat packages for middle managers are the lowest among all the ranked European nations. Germany received a ranking of 23 due to a relatively low salary, tax and benefits. This takes the total cost of an expat package for middle managers to $202,800, dropping by 15 percent over the last couple of years, on account of the the declining euro.

The expenses involved in an expat package have gone up by 2 percent in the US, taking the country to position 8. The cost of a typical package for middle managers is now $257,400. The most expensive factor in the United States is the provision of benefits. To encourage employees to take up assignments in certain nations, firms often issue additional allowances in addition to the base salary, which are not strictly necessary when sending employees to the US. For instance, in a country like Hong Kong where there are toxically high pollution levels, high accommodation costs and high fees for international school, companies have in the past granted generous expat packages to lure highly in-demand talent. 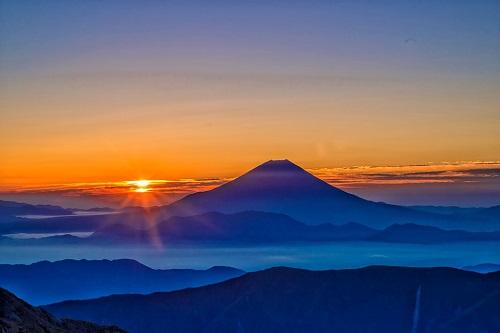 Japan has some of the most expensive packages in APAC

In the Asia Pacific region, some of the most expensive expat packages are in Japan, which comes second to the United Kingdom on an international scale. Typically, for an expat middle manager, the package is worth $367,500. There has been an increase in the total package by approximately 12 percent over the past year, due to the yen gaining in strength against the dollar.

In Hong Kong, expat pay packages have dropped to a five-year low, even though they remain in fifth place. In Hong Kong, a typical expat package for middle managers is about $265,500.

In China, the average package for a middle manager is at about $282,500. The declining costs can be attributed to the weakening yuan against the dollar. Foreign companies view China as an attractive destination for sending expats. Even though the costs in local currency are increasing, they have dropped against the dollar since the company’s previous survey.

The appeal of the UK

The United Kingdom is known for its excellent standard of living. Those coming to the UK from a country of the European Union will find it quite convenient to move there and look for work. The UK is known to be one of the most densely populated nations in the world. But it is also one of the most multicultural. Expats moving to the UK will find it easy to meet people from different parts of the world and have a rich and diverse experience.

The UK attracts expats ranging from doctors to entrepreneurs, and everything in between. In the UK expats will find communities of Americans, Australians, Asians and others who flock to the shores of the UK in the hope of a better life in this vibrant country. 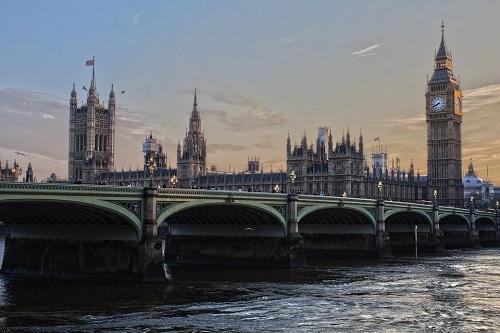 London is the most expensive part of the UK

The UK’s education system adheres to a high standard, and even public schools have a good reputation. The country has a number of private schools and some of the best universities in the world such as Oxford and Cambridge. Most expats prefer to send their children to international schools, which are located across the UK. London, the capital city, is a financial hub and many expats in executive positions relocate there. The city is full of attractions which the whole family can enjoy, and is also a historic, financial, and entertainment district. Some of the other cities in the UK which are popular among expats, include Belfast, Manchester, Cardiff and Edinburgh.

The United Kingdom is an expensive place to live in, though, especially in the big cities. In fact, in Mercer’s survey in 2012, London was ranked as the 25th most expensive city in the world. It had been number 18 in the previous year. Birmingham placed at 133, moving up 17 places since the previous year and overtaking Aberdeen at 144 and Glasgow at 161. Belfast, at number 165, is the least expensive city in the United Kingdom.

Real estate prices in the United Kingdom witnessed a massive surge during the late 1990s, which led to prices reaching new highs. The prices of houses have since fallen and even though it is a buyers’ market, only those with readily available cash can make the most of the prices. Properties in major cities like London are very expensive and many people cannot afford them. 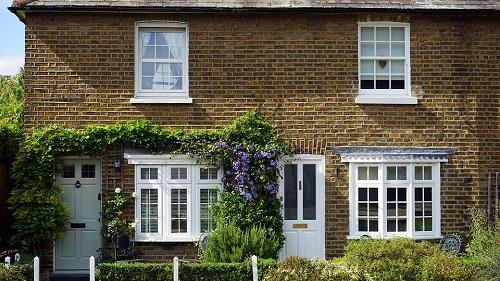 Property prices are high in the UK

Expats who move to London from the United States and Asian countries are able to take advantage of the pound’s low value against the US dollar. But those who are being paid in the local currency will suffer the possible negative effects of this. When relocating to other countries, it is essential for expats to have a vivid picture of the expenses they are likely to face.
The cost of living is based on the expenses of basic necessities such as food, heating, fuel, transport, rent, housing and entertainment. It is also dependent on real wages. For instance, in Nordic countries, the cost of living is high, but the real wages also tend to be higher. For things like eating out, the United States is often less expensive than many European countries, but the cost of private health insurance is high.

In the United Kingdom, the main factors that determine living costs are housing expenses and wage rates. The cost of living in the UK is relatively high, but the wages are also high. The housing market throws another spanner in the works, with increasing real estate prices raising the cost of living. But this is likely to be more regional; those living in London and the surrounding areas feel this effect much more.

After housing prices, the United Kingdom’s cost of living is also affected by high energy and transport costs. The tax rates for items like petrol, alcohol and cigarettes are higher than in the United States and European countries. 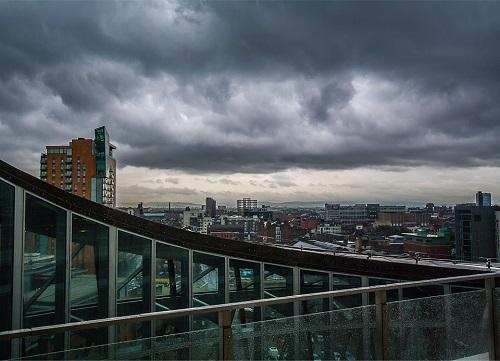 Manchester is 52% less expensive than London

The UK’s cost of living differs according to the region you are in. For instance, the living costs in the city of London are 52 percent more expensive than Manchester, according to Numbeo. But just why is the UK so expensive?

One of the prime factors in UK’s cost of living is the housing market, in which prices have been increasing quicker than inflation since the post-war era. Following the credit crisis in 2008, housing prices in countries like Ireland, Spain and the US dropped up to half their original price and remained low, but in the UK, the price drop was only moderate and has also recovered steadily. The UK’s house prices are so high due to several reasons, such as the shortage of supply, the increasing population, and housing being perceived as a good investment option.

The surging house prices do not directly influence the living costs of all, but the increase in house prices and problems many people experience in purchasing a home have led to rising rental rates, especially in property hubs like London. The increasing rental rates and property prices have tended to upwardly influence other costs of living. Therefore the high housing rates have urged people to live further away from their place of work and thus many make a long commute to London, exerting upward pressure on rail demand and triggering a surge in rail fares.

Transport in the UK is comparatively more expensive than in many other countries. There is a high petrol tax that drives up the cost of driving. Motoring prices are likely to increase as the roads get more congested. Train fares in the UK have also been increasing faster than inflation and commuters tend to spend more of their income on rail fares compared to people in other parts of Europe.

There is a field of thought that states that the higher cost of living in the UK is on account of privatization, with the increasing train, gas and water prices being the result of private companies who want to make a greater profit. 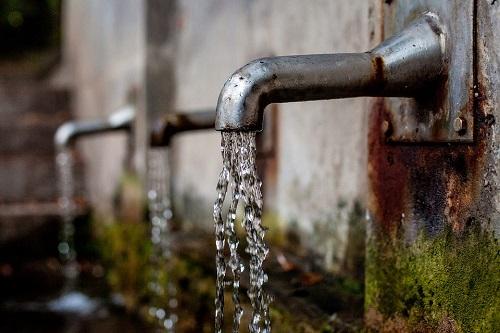 Utilities such as water have become more expensive since privatization

In the period between 2007 and 2013, household gas and electricity costs surged in real terms by 41 percent and 20 percent respectively. Water bills too rose by half since privatization, while rail fares grew 23 percent higher. Privatized companies maintain that increasing costs are connected with the high costs of running services and the capital investment needed to keep the infrastructure working.

Have you lived in the UK? How did you find the cost of living? Share your experiences in the comments below, or answer the questions here to be featured in an interview!