Home » United States » Health » Moving From The UK To The US? Here’s What You Need To Know About Healthcare

Moving From The UK To The US? Here’s What You Need To Know About Healthcare 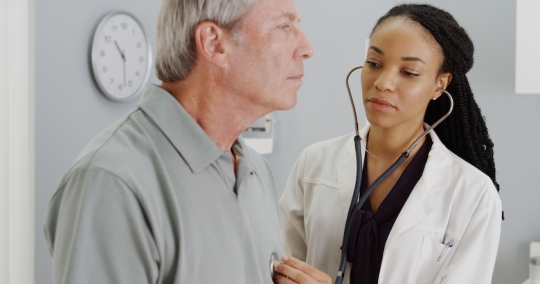 If you’re moving from the UK to the USA, you will need to look carefully at issues surrounding healthcare. After all, you’ll be moving from the nationalized system of the NHS to a largely private healthcare system which is based on insurance; plus, the two countries don’t have reciprocal healthcare agreements. The US system confuses a lot of American people, so if you’re an overseas traveller, you need to do your homework!

How Do The US And UK Healthcare Systems Differ?

Healthcare under the UK NHS is free at the point of delivery, although you will have made contributions to it from your national insurance and taxes. In Britain, healthcare is considered to be a basic right; in the States, it’s more like a privilege. The NHS is publicly funded and administered.In the States, you’ll pay out of your own pocket, or into a healthcare plan. State funded systems such as Medicare and Medicaid provide treatment for those who are not in a position to afford private insurance. However, in the US, healthcare workers are privately employed, as opposed the public employees of the British system. American employers and insured individuals pay a portion of the cost of hiring that staff. Estimates suggest that the average American spends around five percent of their gross income on medical costs, which includes premiums, co-pays and costs that are not covered. However, there are gaps in the system.

Speed of care differs between the two systems. In general, if you’re admitted to an American ER, you will be seen more quickly. The UK system has a goal of four hours’ maximum wait for 95 percent of patients, while the same percentage of patients are seen within three hours in the USA. In practice, this does vary; if you go into a small, quiet country hospital in the UK, you might find yourself being seen within a few minutes, while there have been horror stories about elderly patients left on trolleys for up to nine hours in big urban hospitals.

However, if you want to see a primary care physician in the US, you may have to wait for an average of 19 days before you can do so. Times in the UK vary, from the same morning, to several weeks. Diagnostic testing in the US varies a great deal between private facilities and hospitals, so it’s difficult to assess waiting times.

Bear in mind that you won’t be eligible for Medicare or Medicaid if you’re not an American citizen. Medicare guarantees access to health insurance if you’re older than 65 and you’ve been a legal resident of the US for at least five years. Medicaid is a program which supports low income families and individuals.

Your company might provide health cover for you and your family members, but you’ll need to check with them first and ensure that you’re not liable for supplementary cover. You don’t have a legal obligation to take out health insurance, but you need to remember that if you don’t, you may run up enormous medical bills if you fall ill or are injured.

Unless it’s an emergency – and possibly even if it is – you could be turned away by a US hospital if you don’t have health insurance, or at least be asked for a ‘good faith’ deposit. The UK government suggests that you should direct any requests for funds to your travel insurance provider in the first instance; only pay the hospital if you’re advised to do so by your travel insurance company. Your level of medical care won’t be affected while your claim is being processed.

All of this means that travel insurance in the US is something to think about seriously. Note too that insurance providers suggest you take out comprehensive cover rather than a budget option.

Can I Arrange Cover Before I Leave The UK?

Some UK providers will arrange healthcare to cover your stay in the States, and you might find this the simplest option to start out with. However, after a year, you will probably have to find cover in the US. Don’t forget to check that your prescriptions are legal in the States. Stephen Walker of Brighton’s Medical Insurance Services says:

“If a person is considering an eventual return to the UK to live, it would be wise to look to an insurer such as BUPA or Axa PPP who have a capability to transfer to a UK domestic policy, which is much cheaper than an international policy.”

The UK government also recommends that you should visit your own doctor at least four to six weeks before your trip to check whether you need any vaccinations or other preventive measures.

How Much Will I Need To Pay?

Even if your company provides health insurance, your employer might ask for contributions towards the healthcare plan, for instance, via a deduction from your salary. You need to take a close look at your employer-sponsored policy so you know exactly what you are and are not covered for.

As a private individual, costs will vary based on your age, occupation, lifestyle and any pre-existing medical conditions. The average cost for an employee enrolled in a company insurance plan is £932 GBP per annum for individual coverage. For family coverage, that rises to £3,283 GBP per annum. This will in part depend on where you’re located – some states are more expensive than others. Alaska is expensive, whereas Georgia is relatively cheap.

Have you moved to the USA? Share your experiences in the comments below, or answer the questions here to be featured in an interview!