Home » United States » Health » Understanding Expat Healthcare In The US

Understanding Expat Healthcare In The US 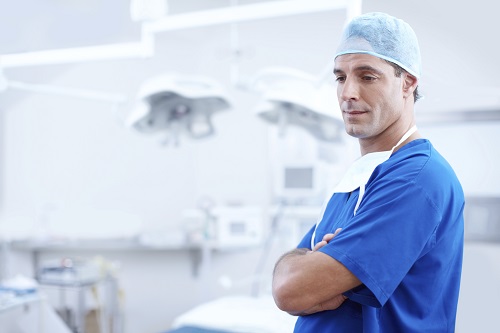 The reputation and costs for the American healthcare system are known throughout the world and health premiums will not be cheap.

That’s because healthcare in the US is a costly process, it’s ranked as being the most expensive in the world.

According to one national British newspaper, many British expats opt to fly home to the UK for health treatment rather than navigate the American healthcare system. The newspaper points out that even after paying for air fares, the treatment still costs less than it does in the US.Expats also say they face less hassle than they do when trying to access healthcare in the United States.

Price for medical treatments for expats

The price for medical treatments for expats can appear to be excessive to many people, particularly those that have a universal health care offering in their home country.

The newspaper also features a British expat couple who were handed a $200,000 hospital bill after their baby was born early while living in New York. It’s stories like this that underline why health cover is important for expats.

One reason for this is that health insurance in America is big business and expats will need to appreciate the terminology used to help them navigate through the system. This will mean learning terms such as ‘co-pays’, ‘deductibles’ and ‘out-of-pocket’.

In addition, the cost for insuring a family may come as a surprise; expats looking to insure themselves, a spouse and three children may be spending more than $11,000 a year just for health cover. (In this particular example, the newspaper found that the expat was originally offered health insurance cover for his family at $19,600 before he began shopping around for a better quote).

Also, the newspaper says that expat’s healthcare insurance premium of $11,000 will appear to many Americans as ‘cheap’.

With the introduction of the Affordable Care Act (ACA), better known as Obamacare, means millions more uninsured Americans have been able sign-up for healthcare cover along with expats who meet the criteria.

American health insurance providers will offer different levels of plans from basic, which is better known as bronze with many providers, and then silver, gold and platinum.

The plans will reflect how much an expat is willing to pay and what level of cover they are expecting to enjoy while living in the States.

Expats may also face confusion when they try to evaluate one health insurance offering with another and they will also be bamboozled by the amount of paperwork that needs to be completed should they need to make an insurance claim.

It helps that expats may be offered health insurance cover by their employer which is a great perk to enjoy but not all employers do this.

Indeed, the best way to understand expat healthcare in the US is that it is largely a private sector business though 58% of community hospitals in America are run on a non-profit basis, while 21% are funded by the government.

That leaves 21% of hospitals that are run for profit and citizens can gain access to programmes such as Medicaid and Medicare if they cannot afford health insurance cover to help pay for treatment.

Expats who are working in the US need to provide their own healthcare insurance cover and will need to ensure that their insurance plan is ACA compliant; there are some providers who deliver this need – but not all of them do so be careful to check.

One reason for having an ACA-compliant health plan is to avoid being charged hefty fines which will come as a blow to many expats who may not be aware that they are subject to these charges.

Essentially, an expat who is thinking of moving to the US may have health cover with an international health insurance provider but it may not be valid in the US which leaves them liable to picking up their medical bills as a result.

Also, anyone who lives overseas for 330 days in a tax year is exempt from the minimum requirements under the ACA law but those who are living in the US for more than 35 days in a tax year and who do not have an ACA-compliant plan will be subject to penalties.

The other potential issue facing expats wanting to access healthcare in the US is the problem of a new Administration which has announced it’s going to change Obamacare and healthcare generally but no-one knows exactly how, when or what will be happening which brings little comfort for expats.

While America offers expats lots of great career opportunities in a wide variety of industries, the issue of healthcare in the US for expats is not a straight-forward one and for those who need to purchase their own insurance cover then patience when sourcing an insurer, and lots of it, is key.