10 Things Expats Need To Know When Moving To San Francisco 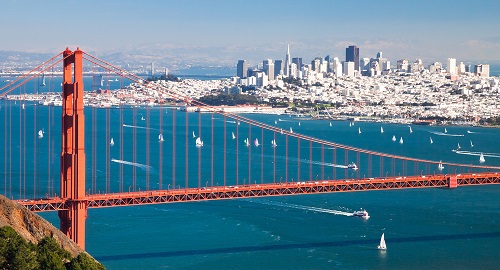 If you are contemplating a move to the lovely old West Coast city of San Francisco, you may be wondering what you need to know before you go. We will take a look at your top ten questions below.

If you are white collar and have a track record in tech, you should be able to land a job fairly easily – the city’s proximity to Silicon Valley is a factor in this. However, it can be more difficult to find blue collar jobs that pay well enough to allow you live in this increasingly expensive city. The highest paid jobs include psychiatrists, surgeons, nursing staff, aviation staff and IT personnel. Medicine is a big job market in terms of salaries. The city is also a major centre for tech start-ups. Given the cost of living, it is advisable to line up employment before you go.

San Francisco has become legendarily pricey in recent years, but the pandemic has resulted in plummeting housing costs. The cost of renting has gone down by 24%, according to the latest data, but is still high. This is the most expensive city in America in which to rent a two-bedroom apartment. One-bedroom apartments can set you back from $2600 to $3500 per month on average, and single family homes come in at a median of $1.625m. To buy a home with a 20% deposit, you would need to earn $303,000 p.a.

There is a significant shortage of affordable housing, and it is estimated that the metro area needs around 1.3 million more rental properties. There are four areas where monthly rent comes in under the California average of $1,760:

You need to be aware that some of these cheaper properties are a result of a lowering of the property market due to fires. Locals tell us that some parts of Oakland and the east bay are nice and semi-affordable if you are willing to search and that, in general, the further you go from the centre of the bay, the cheaper you will find it. However, remember that few affordable places come with convenient parking of any type.

Locals say that people with low incomes can wind up commuting more than an hour each way to get to work. It’s a big social issue in San Jose and Oakland, with police, teachers and firemen having a long commute to get to work.

To find an apartment, you can use an agent, or online property listing apps such as Craigslist can help. Experts suggest finding a short-term rental first and using it as a foothold to find somewhere more permanent.

What is the cost of living in San Francisco?

As above, the cost of living in San Francisco is very high. It has been estimated recently that a salary of $160K per annum will allow you a decent standard of living if you rent – you will need more if you want to be a homeowner – but you won’t have much change out of $80K per year. The median household income is $107K per annum.

What is the crime rate in San Francisco?

This is a relatively safe city, but some neighbourhoods are best avoided, such as the Tenderloin, the Mission, and Union Square. Theft, burglary and crimes relating to motor vehicles form the biggest section of the crime statistics, according to the SFPD. Violent crimes are declining, but this may be related to the pandemic. However, property crime is high in relation to in other US cities.

What is the quality of life like in San Francisco?

San Francisco is a beautiful city, with some lovely surrounding areas. It’s still a great place for single people – there are a lot of them! There are some downsides – the amount of human waste on the city’s streets has recently been highlighted as a major problem (no-one likes this…). Architecturally, the city is fascinating, and apart from the ‘poop problem,’ it is walkable, with some attractive parks. It is a vibrant and diverse community with a cosmopolitan population and a Mediterranean feel. You will find some excellent restaurants and a strong emphasis on culture, with a range of theatres, cinemas and opera.

San Francisco tops the charts of the healthiest cities in America, in terms of healthcare, fitness, green space and quality of food. It is estimated to be the third healthiest city in the US, after Atlanta and Miami. There are some beautiful areas for hiking, such as nearby Muir Woods, and a number of lovely beaches. Golden Gate Park is a must, but there are 14 national parks in the area.

The diverse range of food allows you to tailor your diet to your own liking, and vegan and vegetarian food is abundant. The city also has a large number of gyms and other health facilities. There are lots of opportunities for swimming, although bear in mind that the coastal waters are cold. Northern California beaches are rockier than their southern equivalents, and temperatures are not for the faint hearted!

San Francisco has 114 public schools, which vary greatly in terms of quality. The San Francisco Unified School District’s (SFUSD) enrolment process has been described as ‘a lottery’ and can be complex to navigate, since it doesn’t necessarily depend on where you live. There are a number of parents’ associations which can advise you. Higher education is represented by the University of San Francisco, the University of California-Berkeley, and San Francisco State University, among others.

San Francisco has a Mediterranean-style climate, but in comparison to other regions of California, it is quite a cold city and its fogs are legendary. Average warmest temperatures are in the 60s. Summers tend to be dry, but winters are moist. Overall, the city is relatively mild.

Locals say that the traffic is not as bad as it is in Los Angeles, but it can be difficult around rush hour, especially in certain areas, such as the Golden Gate Bridge. San Francisco is ranked as the third worst for gridlock in the US, behind LA and NYC.

What will life in San Francisco be like for my pet?

San Francisco is a dog friendly city. Some restaurants have facilities for eating with your pet, and dogs are also allowed on some beaches, such as Baker Beach. You’ll also find a good range of pet services.