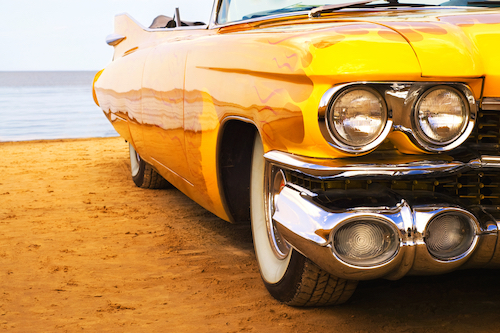 America is known as the land of the automobile, and for anyone who has spent time in the States, the reasons for this are obvious. It’s an enormous country, and settlements are still set wide apart from one another, particularly by European standards. You may remember the old joke about 100 years being a long … Read more 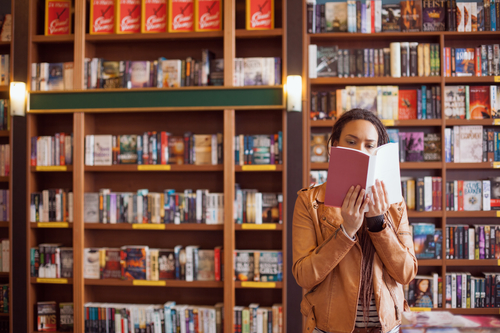 Are you the process of setting up a new life in the USA, or finding your groove after a recent arrival? Not all reading has to be about health insurance and visas!We’ve asked around and come up with a list of books to help make your life – and transition – that little bit easier. … Read more 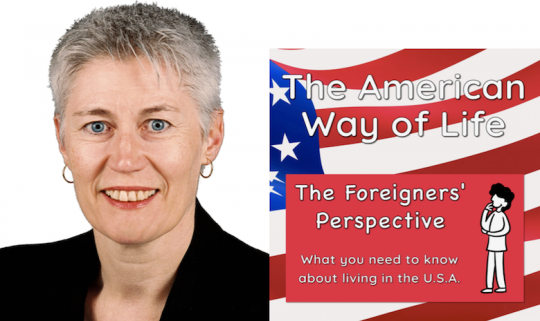 Claude, you've recently written a book called The American Way of Life. Tell us about the book and its aims. The goal of my new book is manifold: a. Introduce newcomers to some of the idiosyncrasies of American culture b. Help foreigners adapt and integrate their new host culture better c. Make American readers more … Read more 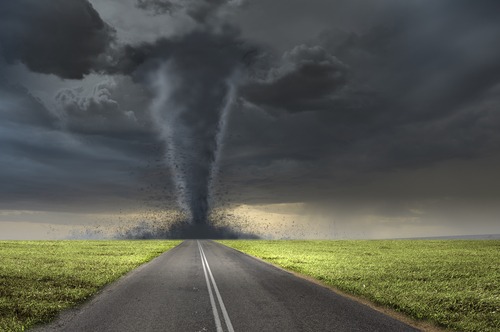 More than 1,200 tornadoes occur in the USA each year, a greater number than in any other country in the world. About $10 billion of damage is caused annually by these violent whirlwinds, which reach from the base of a thunderstorm down to the ground. If you are moving to a tornado zone, you need … Read more At Expat Focus, we like to be on the lookout for resources around the web that could help prospective expats adjust to their new countries. Today, we’re taking a look at the USA and some of the social media accounts you should be following if you’re thinking of moving there.Cher Twitter Cher is a Canadian … Read more 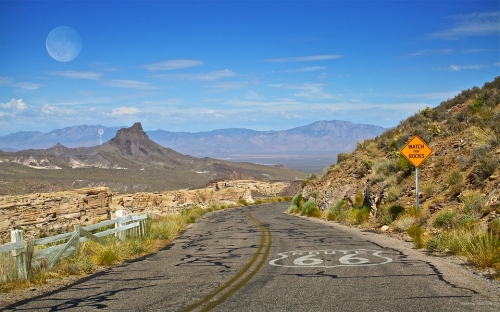 There is so much to see, do and experience in the United States of America, and a road trip is an excellent way to enjoy the beauty as well as the culture of this country. These journeys are a great way to soak in the sights of sparkling waters, breathtaking mountains, natural forests, seasonal foliage, … Read more One of the most frequent questions expats in the United States find themselves asking is simple: Why am I expected to tip for services? Tipping in the US has a relatively short history, and its necessity is linked to the wage laws surrounding workers, particularly servers, in restaurants. In the US, it is considered polite … Read more 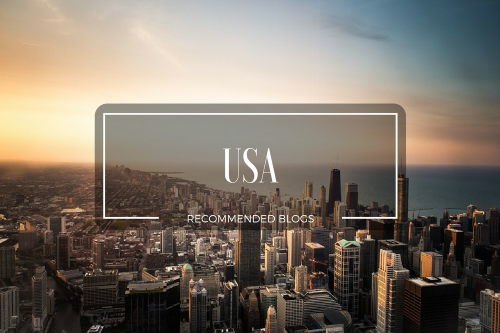 At Expat Focus, we like to be on the lookout for resources around the web that could help prospective expats adjust to their new countries. Today, we’re taking a look at the USA and some of the blogs that might be useful for expats there.Irish American Mom www.irishamericanmom.com Mairéad (rhymes with parade) started working in … Read more The American Dream, rooted in the Declaration of Independence, proclaims that all men have been created equal and have the right to life, liberty, equality as well as the pursuit of happiness. In the past, this ideal only applied to white men; however, it has undergone a significant change over a period of time. Today, … Read more 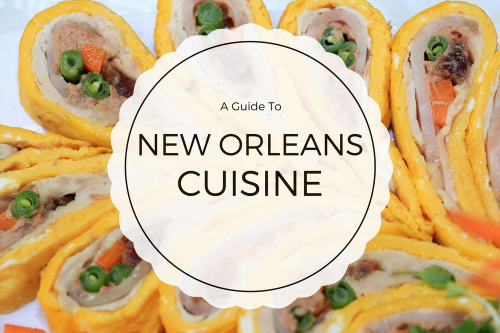 New Orleans, the birthplace of jazz, is also one of the culinary capitals of the United States. The city is nothing less than paradise for any food lover. This vibrant Louisiana city has an eclectic cuisine that is unique, colorful, hearty and flavorsome, to say the least. The traditional recipes are a strong reflection of … Read more 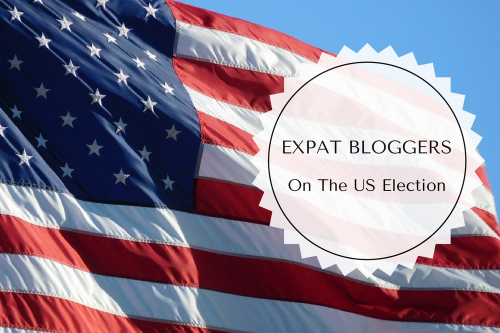 With over 8 millions expats living outside of America, the absentee votes cast in the 2016 Presidential election could make a large difference to the outcome. With essential topics of immigration, healthcare and the effects this changing landscape could have on businesses, the thoughts and opinions of many individuals who have chosen to make their … Read more The US has a large immigrant population and British expats form a significant part of its diverse, multicultural society. It is known to be a place of opportunity and serves almost like an expat magnet due to the many advantages it provides them, such as low taxes, inexpensive food, good weather, ethnic diversity and its … Read more The Big Apple is definitely one of the most interesting and lively places to live in. It almost buzzes with urban energy all day and night. Most people who move to New York City soon realize that the world is indeed their oyster! This place can offer you a plethora of new experiences in terms … Read more 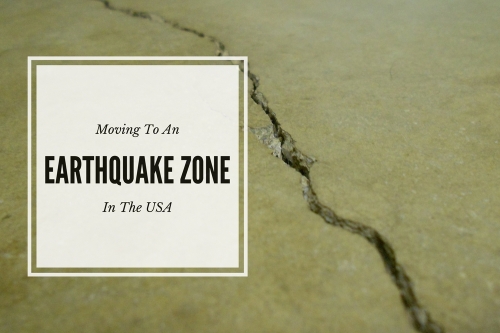 There are a lot of things that expats need to get used to when they move to a new country, and for expats preparing to live in the USA, the risk of an earthquake is one such thing. What makes living in an earthquake zone difficult to adjust to is that the threat is rarely … Read more Visiting the United States doesn’t always mean walking around the busy metropolis of New York or taking the kids for an exhilarating week at Disney World, Florida. It can mean exploring the sweeping diverse and awe-inspiring landscapes it possesses.Within the wealth of 58 National State Parks there are innumerable scenes of natural beauty and none … Read more 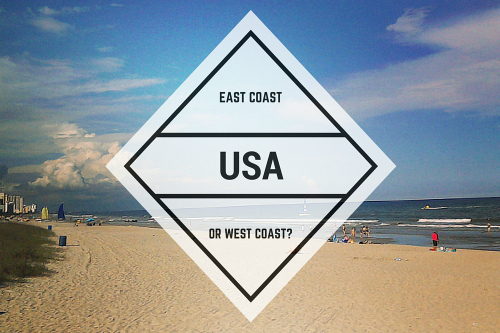 America has drawn people from around the world for a long time. The Statute of Liberty invites the world to send, “your poor, your huddled masses, yearning to breathe free”. And for all the millions of hopeful new arrivals, the mighty lady standing off New York’s shores always seemed like the warmest welcome to a … Read more A love affair with a place often starts not with a visit to the location, but with seeing it on a movie screen. Actually being there in person may often seal the deal, but the initial spark can easily be set off while watching a film that captures the place beautifully. That is often the … Read more Golf may have originated in Scotland, but today the United States of America is one of the countries where the game is most popular. Since 1888, when it was first demonstrated in the US on a humble orchard with a hole dug into it, golf has come a long way in the country.A recent study … Read more Toni, tell us a bit about yourself and how you came to be an expat. I am a Brit, born in the north east of England, who has lived in the USA (mainly Chicago) for twenty five years. I studied Law at the University of Bristol before working in London, which is where I met … Read more Sibylle, you are currently living in New York City and working at the United Nations, which recently celebrated its 70th anniversary. Could you tell us a bit more about what you do at the UN? Sure and first of all, thank you for your interest in interviewing me! I have been working at the UN … Read more For many people across the world, the phrase “American food” brings to mind a rather limited and often clichéd assortment of dishes. In the more unfortunate instances, the only foods instantly recognized as American will be the generic fast food from American chains such as McDonald’s, or else an over-the-top, deathly indulgent dessert like deep … Read more

Being as influential as it has been on popular music across the world, the United States of America offers an endless number of pilgrimages for any music lover. In almost any corner of the country you care to visit, you’ll find a bit of music history not too far away, and quite likely a fairly … Read more For the most part, public transport options in the US are rather limited. Due to the vast size of the country and of the individual cities and towns, as well as the low population density, the viability of public transport is often quite low. There is also the longstanding cultural tradition of owning private vehicles, … Read more The USA is the third largest nation in the world and has a population of more than 320 million. For decades, this has been the dream destination for expats from around the world because of its employment opportunities, lifestyle, and infrastructure. However, not everyone lives the “American Dream” once they make the move. There is … Read more For decades now, the US has been one of the most popular tourist destinations for people from all around the world. Each year, millions of foreigners vacation in this country for weeks or even months. With so much to see and do, it is hardly surprising to see that many people don’t want to go … Read more At Expat Focus, we like to be on the lookout for resources around the web that could help prospective expats adjust to their new countries. Today, we’re taking a look at the USA and some of the bloggers who write about living there. Nouveau North Westernershttp://nouveaunorthwesterners.com/ Written by two Australians who now live in Washington, … Read more

Weather-related news from the U.S. has recently been generating more column space than usual, thanks to events of an unprecedented kind. When Hurricane Sandy made landfall upon the northeastern states, much of the world was treated to the bizarre spectacle of seeing New York City’s subway rail system and major thoroughfares flooded, with hundreds of … Read more The U.S. ‘Bible Belt’, that vast landmass stretching from Texas to Florida on the east-west axis and going as far north as the states of Missouri and Virginia, is an area typified by its social conservatism and Protestant piety. The term has been a pejorative one since the beginning (claimed as the coinage of notorious … Read more Where you move to in the US very much depends on your personal situation and your preferences; for example, whether you are young and single, have a family or are looking to retire. The states and cities in the US vary dramatically, and your choice of city to reside in will depend on factors such … Read more To say that New York City has been a historically popular destination for expatriate professionals would be akin to saying that water is wet: since at least the middle half of the 20th century, the city has been the primary destination for trans-Atlantic émigrés and, indeed, for financial and communications media innovators from around the … Read more